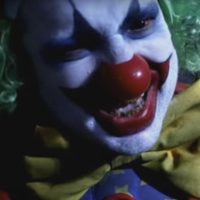 The comical ancestors of clowns may have been around since the dawn of civilization. Humans have always had an instinct, and need to laugh amid the horrors, and hardships of life on Earth.  Certainly some of the forerunners of the modern day circus, and carnival style of clown we know, love, and even fear, were the medieval Jesters, and Harlequins. Outside of set venues, and the Halloween holiday, clowns were rarely seen until sporadic, and often sinister sightings began in the late 20th century.  As of 2016 these crazy clown appearances exponentially increased not just in the United States but around the world as well.  With each passing month these calamitous clowns become more brazenly bloodcurdling, and violent! Some seek to only scare people while others wield weapons of war! Usually sharp implements! Their intent is clearly to cause clownish chaos. However is the effort a clandestine clown conspiracy? So far the media, as usual, is painting this as a hoax.  A supposed mass hysteria brought about by Clown Phobia, aka Coulrophobia. Indeed that familiar human form hidden behind caked on makeup, wigs, and prosthetics can instill deep monstrous fears!

The Klaus Kane Clown Cult
A fair amount of the clowns are copycats who simply want to be apart of a terrifying trend! Their intent is to make themselves feel cool, and tough

in a world that otherwise causes them to feel weak, and helpless. Unfortunately Mystic Investigations extensive research has yielded an ominous orchestration of darkness. A perplexing plot to claim the planet for clown kind! Our supernatural sources trace a great deal of these killer clowns to a cult called The Klaus Kane Clown Cult! Naturally the ring leader is named Klaus Kane. The creepy Klaus was a very early court jester in the early 800’s AD for King Charlemagne, Charles The Great, the first Holy Roman Emperor.  Coincidentally those of us in the supernatural know are privy to the fact that Charlemagne is none other than the famous Immortal Keanu Reeves!  Klaus Kane was a normal human but he learned of Keanu’s secret Immortal status, and was deeply jealous he would see the entire human story played out through the centuries.  He had vague knowledge of the magical world hidden among the shadows, and sought to steal Reeves immortality for his own!

He loathed hopping, and skipping around like a fool in his goofy jester costume to amuse Charlemagne Reeves but he pretended to enjoy it as he plotted against his Emperor.  He finally found a dark witch named Waldhurga who wanted some of Reeves immortality as well. Practicing dark magic was rapidly aging her green decrepit form! She realized the limited power of the low level demons she was summoning along with her bodily structure not able to withstand the metaphysical energies. After realizing that Kane could give her Keanu, a more powerful demon visited, and laid forth a spell to capture his immortality while giving the demon Reeves coveted soul. A prize the Devil has always sought to have for his own!

One fateful night Klaus was able to liquor up Keanu, and lure him away from his castle guards into the evil clutches of Waldhurga waiting amid a

demonic ritual site with a large altar in the center. Somewhat intoxicated Reeves was caught off guard, and the two filthy fiends along with some henchmen were able to subdue him. Tied upon the abominable altar the bloodletting, and ritualistic chanting began.  The Witch, and Kane drank his Immortal blood as the despicable demon appeared as an apparition in the fire nearby sending forth a shockwave of sinister snickering. All hope seemed lost for Keanu but luckily the selfishness, and intelligence of unintended anti-hero Kane saved him.

Klaus realized that in reality the witch would only gain immortality while the deceased Reeves would go to hell. Klaus, and the rest were to be ritually sacrificed to complete the immortality, and soul stealing spell. Klaus moved at lightning speed with one sharp blade in each hand slicing the throats of everyone in attendance except Keanu. The demon screamed wildly while Klaus recited more spells all the while gulping down Reeves blood. He warped the ritual trapping the demon in a cage of holy fire, and Klaus walked right into it absorbing the demon’s essence.  So many factors were in play that he not only became a dark immortal but also a new type of being. Something we might describe as a demonic clown. Something sinister we have yet to classify. A Supernatural Clown creature! Ultimately it might fall under the general banner of Monsters!

The new spell he had created required that Charlemagne, aka Keanu Reeves, must stay alive or he would die. Their two lives were forever intertwined.  Reeves had passed out cold so he had no idea what had happened until we told him today!  Now he finally understood the unseen dark specter he’d sometimes feel stalking him! The chill of unknown origin up his immortal spine. It was Kane watching him from afar throughout his entire immortal life!

Klaus Kane was not satisfied with merely being a tormenting trickster, and serial killing Immortal for that was another requirement of his ever

living status. He must continually kill innocent humans, and ritually partake of their blood. Believe it or not he is no friend of Hell as he forsook the Devil, and denied him the prize of Reeves. Kane is free agent of evil but there are rumors he may be working with The April Anti-Fool, a nefarious relative of the light hearted prankster The April Fool! Kane’s master plan has always been global domination in defiance of the Devil’s coordinated forces of darkness in conjunction with vampires, other damned paranormals, and even various royal elites, and their politician puppets! Kane cultivated a secret cult following over the centuries, and granted many paranormal clown creature status minus the Immortality. He, and his merry band of fools possess enhanced strength, speed, agility, senses, and some magical abilities. Thankfully most of their malevolent minions are mere human lackeys looking to please their master of macabre mirth! Although the master plan is to create a global superpowered clown race to rule the world in heinous havoc!

These crazed clowns are looking to instill fear whose metaphysical energy they feed off of along with the blood of the innocent! They want worldwide

calamity with destabilization of governments, and society in general. What we’ve seen in the last few months is merely an opening volley in their war against humankind! The most famous, and powerful of clowns, second to Klaus is of course, is Ronald McDonald. Ronald is more than the McDonald’s mascot. He is possibly a paranormal being shrouded in mystery beyond his McDonald’s marketing role. Ronald valiantly attempted to halt The Klaus Kane Clown Cult march of madness but ultimately he nearly escaped with his life. He had discovered the Cult when Klaus himself approached Ronald hoping he would join him under his titanic tent of terror!  Now Mr. McDonald is in hiding constantly moving from safehouse to safehouse with the help of the McDonald’s Corporation! Before he went into what’s called the Quarter Pounder Protection Program he sent forth valuable Cult intel to Mystic Investigations, and other supernatural crime fighting firms! This data only reached us days ago, and confirmed our previous findings. Now we pick up where he left off, and vow to take down Klaus, and his clandestine conspiracy to cloak the globe in clownish calamity! The surreal manifestation of an unheard of Clownpocalypse! If you spot a clown wandering about your community on any day besides Halloween then contact your local police, sheriff, or paranormal investigators. Don’t attempt to approach a clown, or apprehend one! They may be armed, and dangerous!

Interestingly the TV series “Supernatural” captured the essence of what these supernatural clowns are like. Witness a brave paranormal warrior battle two of these clown creatures in the video below! Attempts at harming them often yield iridescent glitter, and sparkles but enough blunt force will eventually hurt them.  When eradicated they will explode into gooey glitter streaming about with an odd sinister glee!

Check Out The Latest Clown Sightings On Twitter! | Batman Takes On The Clowns!