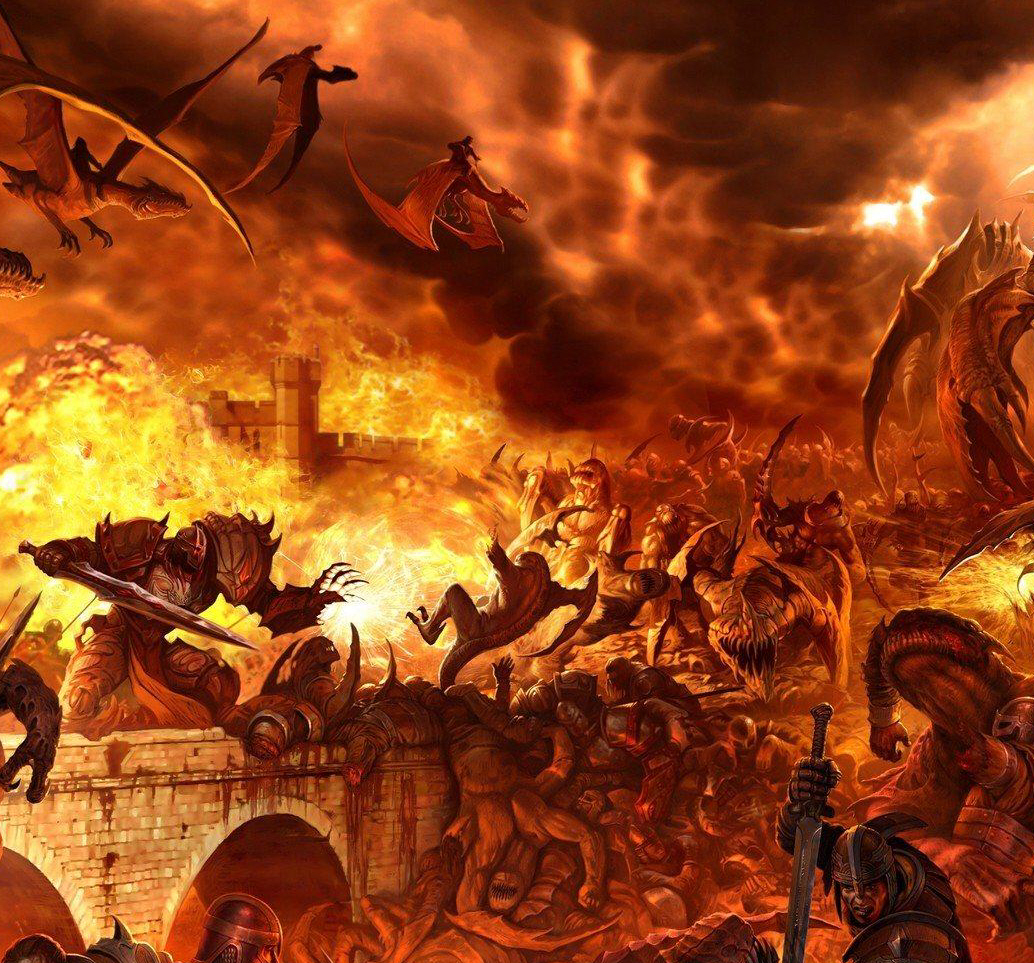 The New King Of Hell Dimitri Diablo Deals With Civil War In Hades While The Devil Walks The Earth!

The First Battle Of Armageddon caused the ascension of the Sorcerer Dimitri Diablo to the unholy throne of Hell. Meanwhile, the Devil was banished to Earth in a far weakened form. However, the news isn’t all good and bad for each of these nefarious fiends respectively. King Diablo Of Hell has been fighting a civil war in Hades with various Demon factions. The main threat comes from the Satanic Faction lead by the Devil’s first son, Crown Prince Of Hell, and heir to the Kingdom of Hell. His name is the Archdemon Ba‘al Zebûb, aka Beelzebub. The first mention of him in human history was that of being the god of the Philistine city of Ekron.  In ancient times a number of demons declared themselves Earthly Gods.  Although the real Earthly Gods and the Angels cleaned house.  One of the few times the Gods, and Angels had a common goal.  The first son of the Devil has been born on Earth as a Demi-Demon many times, and on at least one occasion existed as a rare biological Demon which is deeply difficult due to Angelic intervention. In order for him to be born on Earth, his father needs to mate with a special human in order to yield the proper soul frequency to connect with Ba‘al’s demon self in Hell.  Ba‘al is meant to be the Demidemon Anti-Christ and the First Battle Of Armageddon at least stopped the Devil from fathering him on Earth.

The Archdemon Ba‘al leads not only his original 66 legions of demons but also an additional 42 that have joined to defy Diablo’s Kingship over the demonic dominion.  At least three other factions exist vying for their own chance to take over Hell as they never approved of the Devil’s rule.  We’re talking about tens of thousands of Demons fighting together! This illustrates how powerful Diablo is to virtually stand alone against them all. Diablo only has four legions on his side but his promises of Hell reform have added to his numbers. He has also taken advantage of the in-fighting among factions.  If they ever united he might be ousted.

The Devil has been spotted around the Earth mainly visiting Satanic churches, vampire royalty, human royalty, and various heads of State who pledge allegiance to the New World Order.  There’s talk of him simply acting as the Anti-Christ now that he’s here in a unique form. His physical presence is somewhat like that of a demidemon thanks to the Anti-Claus, the evil twin brother of Santa Claus, melding into him. It’s made it easier for Satan to hide from Angels who are actively seeking him out for extermination as that is the punishment for demons who leave the prison of Hell. Unfortunately becoming a world leader would make him rather easy to target so he’s still pinning his hopes on Ba‘al becoming the Anti-Christ. The chosen one who will lead the Earth into eternal darkness and damnation.

At the various Satanic Churches, the Devil has declared his wish to bestow the honorary title of Ater Sancti upon the Anti-Claus for his sacrifice in giving the Devil life on Earth.  Had it not been for him the Devil may have faced being blinked from existence for all eternity.  An Ater Sancti is known as a Dark Saint or Anti-Saint.  A jab at the Saints of Heaven including Saint Nicholas, aka Santa Claus.

With the Devil now among us, a new breed of Satan Slayers has formed in many countries.  Unfortunately, they are unorganized and lack central coordination for maximum efficiency in hunting down the Devil.  Even the Catholic Church has gotten in on the action with a secret order of Knights that are on a search and destroy the Devil mission.  In addition, there are several powerful supernatural beings looking to take advantage of the Devil’s weakened state.  This includes the Jinn, aka unbottled/unlamped Genies, who exist in another dimension.  Their incursions into our reality have increased with news of Satan’s arrival.

We would like to thank the many gifted psychics, seers, sages, oracles, prophets, priests, mystics, and various practitioners of magic who are able to see into Hell and track demonic activity.  Without them, we could not provide you with extra-dimensional supernatural news.

A documentary about Hell, and the Devil based on human religious beliefs. In reality, we in the real paranormal community know that people don’t go to hell if judged evil after death. When the evil die they just die, and never exist again. The worthy live on in Heaven in Angel form as a super being who is the collection of their selves in all the parallel Universes. A person cannot be judged on this one short life. They need to be witnessed under numerous multiple scenarios. Eventually, human Angels ascend to Godhood and create their own Universes and sentient beings.

Hell is simply a place where the Devil, and demons exist. They are in a way jailed there but those with enough will can gain access to this world. Hence the unbridled evil that exists here along with the demonic possessions, and demonic-based supernatural beings. Exceptionally evil individuals are invited to Hell, and in some cases, ultra evil humans are born with their souls already in hell just as the good already have their souls existing in Heaven. However keep in mind that these few people like Hell, and love to be evil. Nobody goes to hell against their will. In fact, a person destined for Heaven can choose to go anywhere if they like.