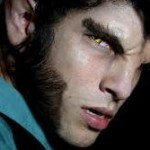 save Boyd, and Erica from the Alpha Pack. The teen wolves they must save are being held captive in a bank vault made of hecatolite which is a lesser used term for the mineral Moonstone. In the episode they say it scatters Moonlight which apparently halts any transformation, or perhaps allows transformations to varying degrees depending on how much Moonstone lies between a Werewolf, and the Moonlight. Although any solid material would block out Moonlight. Perhaps they meant block out the mystical force of the Moon that causes Werewolf transformations to begin with. In the real world Werewolves transform even if a full Moon is blocked by clouds. There is clearly a mystical force that transcends the light itself. In reality there isn’t any known substance that blocks out this lunar force, and if there was it certainly wouldn’t be Moonstone. Watch On Amazon

The Supernatural Uses Of Moonstone For Werewolves 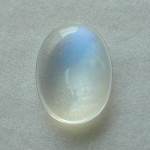 Moonstone can be beneficial for Werewolves since it is used as a training tool to control transformations. It helps channel mystical lunar forces so a Werewolf can practice resisting them, and absorbing them as well when there is no full Moon. So eventually they can transform, and de-transform at will. Although the Moonstone on it’s own channels the power of the Moon it can also be used in conjunction with magic also call upon Moon Goddesses powers to pump up werewolf strength in either human or full wolf form. Of course this can be used for evil purposes as well. Some can even channel the power of this lunar stone to cause transformations in werewolves against their will to expose them to the public, or for other nefarious purposes. Hereditary lines of Werewolves often wear Moonstone rings, and amulets which not only provide more power but also repel some magics that may do them harm. Particularly when it comes to Werewolf Hunters who utilize magic.

I'm the President of Mystic Investigations. A paranormal crime fighting organization out for supernatural justice in a world full of darkness.
View all posts by Xavier Remington →
This entry was posted in Halloween TV, Science Fiction Television, Teen Wolf, Werewolves. Bookmark the permalink.