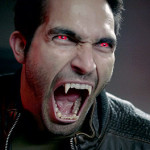 known as the Alpha Pack.  In this episode titled “Tatoo”a werewolf pack consisting of all Alpha Werewolves with their Alpha being that of a mysterious figure.  Perhaps some type of rare Hyper or Arch-Alpha.  In the real world of the supernatural there have been sparse reports throughout history of Alpha Werewolf Packs led by an Archalpha which is a pure breed Lycan, aka First Generation Werewolves.  Lycans are generally considered the royalty of the Werewolf world. Watch On Amazon.

I'm the President of Mystic Investigations. A paranormal crime fighting organization out for supernatural justice in a world full of darkness.
View all posts by Xavier Remington →
This entry was posted in Halloween TV, Science Fiction Television, Teen Wolf, Werewolves. Bookmark the permalink.