Posted on September 4, 2020 by Halloween Haunter 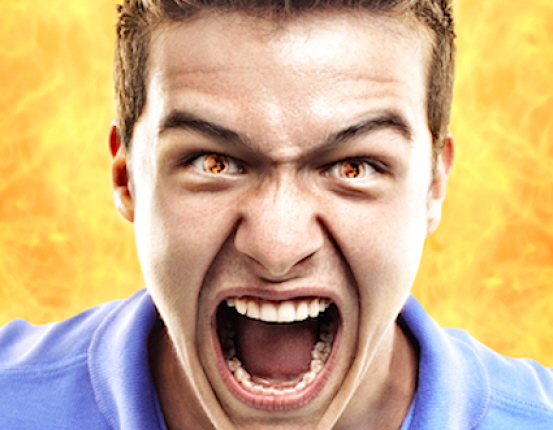 Project Manager Danny McSheen was burning the oils of Midnight all alone at Pinnacle Energies Research Corp.  Despite it being the season of Halloween he couldn’t enjoy the holidays with his immense workload.  As with each night for the past week, there were inexplicable pounding sounds coming from the second floor that seemed to grow continually louder.  Each time he’d run up the flight of steps, and find nothing out of the ordinary.  Then the second he’d settle back into his office the ominous thumping would resume striking terror in Danny’s heart.  Calls to the Night Watchman yielded nothing.  In fact, not a sound was heard when Security Guard Samuel Erickson happened to be present on his patrols of the rather large sized facility with its many acres of surrounding grounds.

Danny even attempted to record the unsettling sound that was now causing things to rattle due to the immense vibrations created from the floor above. This despite it being a solid building of concrete, cement, and steel.  His personal video camera, cell phone, and even a separate digital audio recorder failed to pick up anything but dead static.  Even the various security camera’s scattered about the building would turn to white static during the episodes. At least technician’s were looking into those glitches, and it made McSheen look a bit sane when it came to his claims of odd noises.

McSheen desperately attempted to finish his work during the day but the deadline for the groundbreaking Aberdeen Energy Project was fast approaching! The Investors were demanding to see a return by early next year!  Those under his authority had to work late as well, and that at least postponed the perplexing pounding that seemed to be targeted at Danny.  The whole exactness of the situation really made him believe some malicious bastard was harassing him despite security system data, and cam footage showing an empty building. During this night of the Halloween Blood Moon, the building began shaking at minor Earthquake levels causing things to fall off shelves, and break.  Danny’s cage was beyond rattled as he pulled out a gun he had recently bought out of fear, and bolted upstairs.  There he screamed, “Whoever the hell you are at least have the guts to show yourself!”  The rumbling stopped, and the electricity cut out!

McSheen stood in the pitch dark trembling as he gripped his firearm with sweaty hands. The low emergency lighting kicked in, and he made his way to the Aberdeen

Energy Accelerator Lab.  The only area in the building where

the fluorescent lights were still on yet flickering wildly. Danny could feel his heart pounding in his chest as he tiptoed in slowly. The Accelerator was on emitting its normal azure blue pulsating lights.  However, there was an eerie gray, and green haze wafting unnaturally around it.  He immediately thought a fire had started, and attempted to shut off the Energy Accelerator.  What he got was a high voltage jolt that caused him to fall to the hard floor. Danny blacked out for a few seconds before merely lying in a dazed almost paralyzed state. The Blood Moon’s unholy crimson rays were directly shining into the lab through the skylights.  He was shocked not only by the electricity but the pure redness of the light like nothing he had ever seen before.  It was indeed a true supernatural Blood Moon of darkness brought about by malevolent metaphysical forces afoot amid the 13 Nights Of Halloween.

The eerie haze began to glow crimson, and coalesce into a hideous humanoid form mere feet away from Danny. Now becoming more coherent he grasped for his gun lying on the floor near him.  The astral entity went beyond metaphysics, and become a solid physical presence. This is beyond rare in the paranormal world since it takes a great deal of raw energy.  The monstrous individual was, in fact, a Poltergeist formed from a collective of damned spirits who died in a blaze at a prison for the criminally insane.  A prison whose foundation was now that of the very building Danny was in.  He helplessly bellowed in terror as the cackling sinister smirking entity walked toward him slowly with each step making an insanely loud pounding sound that shook the entire lab.  Danny unloaded his gun into the poltergeist but the bullets were absorbed into his monstrous body.  He attempted to crawl away but the hideous horror lifted him up and tossed Danny against a wall causing the plaster to crumble.

The evil entity shrieked with glee as his guttural echoing voice uttered, “Thank you for releasing us from our Hell on Earth!  Your wonderful energy source converging with

the Blood Moon finally ended our nightmare!  Now we’re free to make this world a nightmare starting with you! Unfortunately, it will be a short lived terror for we are oh so hungry!”  The physical poltergeist laughed maniacally and extended its mouth exponentially forward swallowing Danny McSheen alive.  His final cries of terror could be heard muffled within the spine-chilling creature.  This unique dark force had literally eaten Danny’s mind, body, and soul.  Now he lives on within the belly of the beast apart of the mindless collective of evil. Danny would spend the rest of his day forced to watch the unimaginable horrors the blasphemous beast would wreak upon the world.

The Security Guard Samuel Erickson ran in just then with his firearm drawn.  He stood completely shocked as he saw the deformed denizen of darkness morph into the perfect image of Danny McSheen now that it had assimilated his DNA.  Samuel’s last words were, “What the….”.  The poltergeist shot toward him at seemingly light speed and ate him whole adding his essence to the poltergeist collective as a trapped soul.  The abomination strolled outside into the Blood Moonlight roaring wildly with reckless abandon just as the entire facility blew up in a massive ball of flames.  The poltergeist, appearing as the human Danny McSheen, had eyes glowing orange with ferocious flames reflecting its violent intent upon everyone who crossed its path!.  The sirens of fire and police could be heard in the distance while the shrill screams of innocents were simultaneously heard blocks away! A new murderous man-eater now walked the Earth, and nobody was safe!

"The Pounding Poltergeist", 5 out of 5 based on 2 ratings.
Share This Story

We love all things Halloween! Whether it's glee of trick o treating, the iridescent allure of the autumn season, or the spooky mystique of supernatural beings. Enter the world of Halloween all year round on our All Hallows Blog.
View all posts by Halloween Haunter →
This entry was posted in Halloween Stories, Horror, Poltergeists, Sci-Fi, Short Stories and tagged Blood Moon, Flash Fiction, Scary Stories, Short Story, Spooky Stories. Bookmark the permalink.