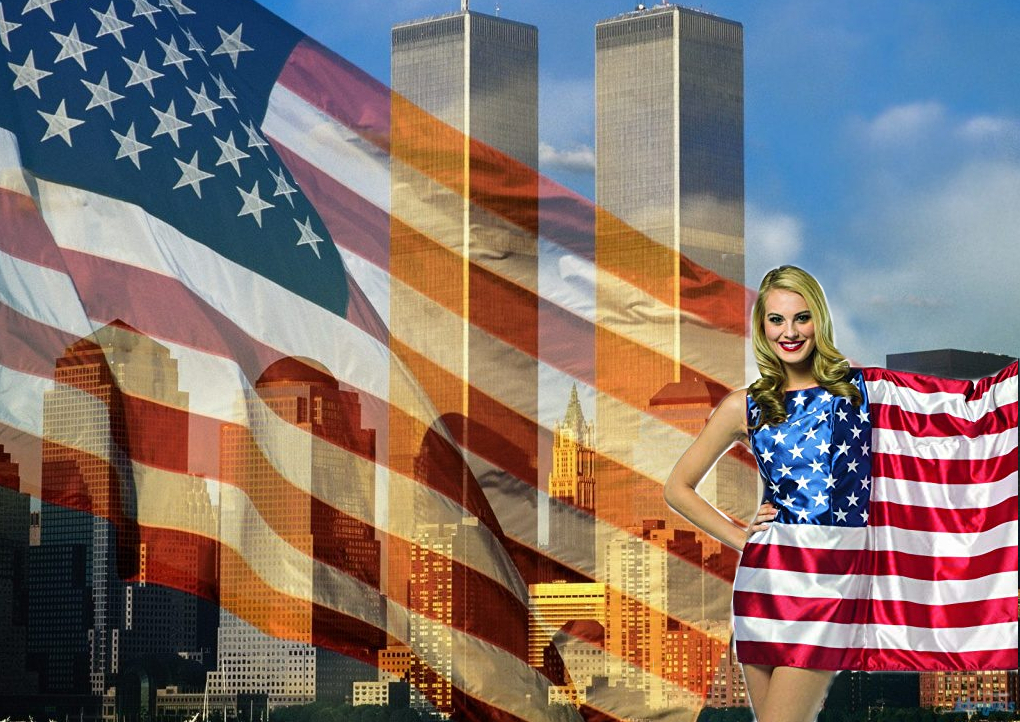 We don’t know her real name due to her secretive nature. We only know that she calls herself Patriot Woman in honor of September 11th Patriot Day. Humans with powers and sapient supernatural creatures generally strive to keep a low profile. Naturally, they want to avoid being the subject of capture and experimentation by the government, or private rogue organizations.  Those who are aware of the Supernatural Secrecy Pact are also quite vigilant to avoid mass public exposure of their abilities for fear of incurring the higher dimensional consequences of their actions. Those unaware are often paid a visit by someone in the paranormal community!

A Natural Born Hero Will Find A New Lease On Life!

On September 11th, 2001 Patriot Woman was actually a wheelchair bound 82 year old born in 1919. By coincidence or destiny she was born on September 11th. She had bravely served as a nurse in the European battles of World War II against Hitler’s Germany.  By accident she discovered a small newly constructed Nazi Concentration Camp while traveling with a small group of soldiers looking for wounded MIA’s. She aided in the freeing of the prisoners. Unfortunately, some stray bullets of cowardice paralyzed her from the waist down while she single-handedly saved a soldiers life. The surviving soldier and freed prisoners scurried her away to a hospital.  She was never able to walk again until 2001.

On the morning of September 11th, 2001 Patriot Woman was tooling around New York City in her high tech motorized wheelchair as apart of her routine.  Despite her decrepit condition she relished in being out in the world and seeing as much as she could.  Her caretaker, daughter, and grandchildren would often worry when she wouldn’t return for hours.  There was simply no stopping her nor offering to come with her. She’s a deeply independent strong-willed woman.  The former Nurse was near the World Trade Center when the first plane hit, and like many her curiosity got the best of her. She foolishly pushed the pedal to the metal racing toward the skyscraper.  As she grew closer at 9:59 AM the south tower collapsed sending a massive foreboding dust cloud throughout the city streets.  The future Patriot Woman looked onward in horror as the gray cloud spewed forth straight at her while countless frightened individuals ran past.  In the news video footage above you can hear a woman at the end crying out for help as the dust engulfs everyone. That is, in fact, Patriot Woman herself! She was knocked out of her wheelchair by fleeing pedestrians who couldn’t see her in the cloudy cloak.

The Road From Geriatric To Superhuman 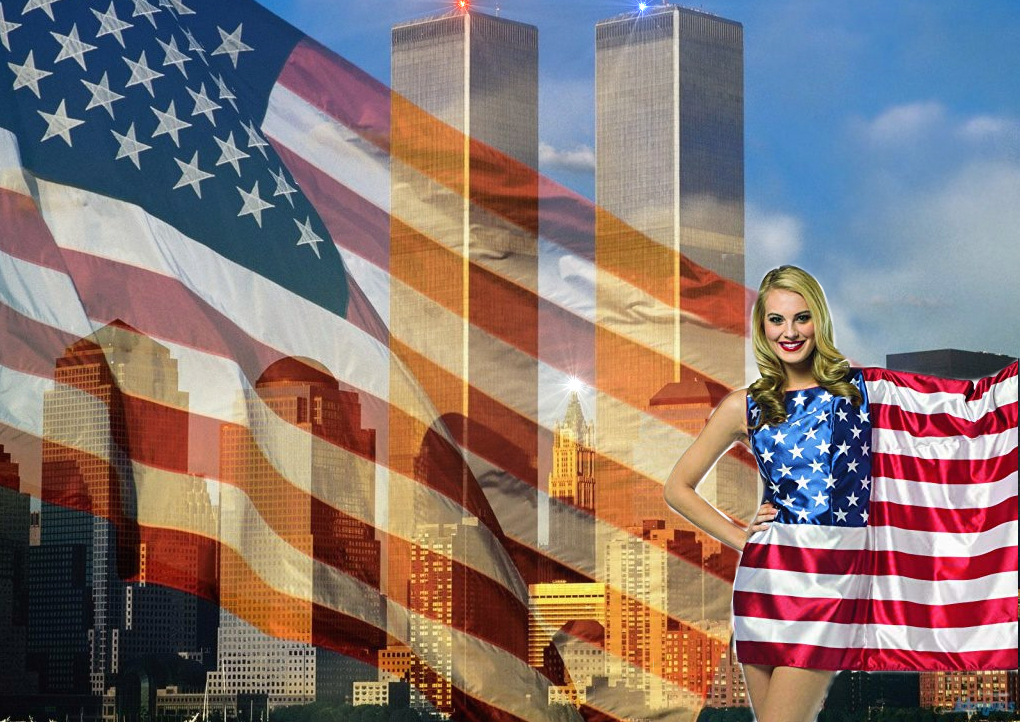 She was eventually picked up and taken to the hospital hours later.  The doctors said it was only a matter of days before she died due to her old lungs being totally clogged with carcinogen ridden dust. She fell into a coma, and all hope was lost as the family held a vigil around her hospital bed. Miraculously two days later she arose happy and full of energy.  By weeks end she was released into her wheelchair.  She began to have strange dreams of being young and possessing various powers, and abilities beyond those of mere mortal women.  Slowly but surely she noticed herself appearing younger when gazing in the mirror each day.  Two weeks later she inexplicably had feeling in her legs for the first time in over 50 years!  Her Caretaker and daughter were shocked when she rose from her wheelchair three weeks after her 9/11 ordeal.  Doctors were stumped by her miraculous tissue regeneration that gave her mobility again.

The Strong Need For Supernatural Secrecy

As she grew stronger each day her dreams cried out to her to keep her powers a secret as she saw visions of being caged, and experimented upon by shadowy sinister figures.  Such visions are quite common among those developing powers.  It’s said that these are a product of the Supernatural Secrecy Pact Spirit sending forth the word sub-consciously to the masses.  One month into her transformation she now looked half her age and was growing supernaturally strong. She began running on a daily basis. As she ran in Central Park she would easily surpass young guys riding their bicycles at top speed!  She pleaded with her family, and caregiver to keep their mouths shut but a few loose lips were about to sink her super-powered ship!

The Time For A New Identity 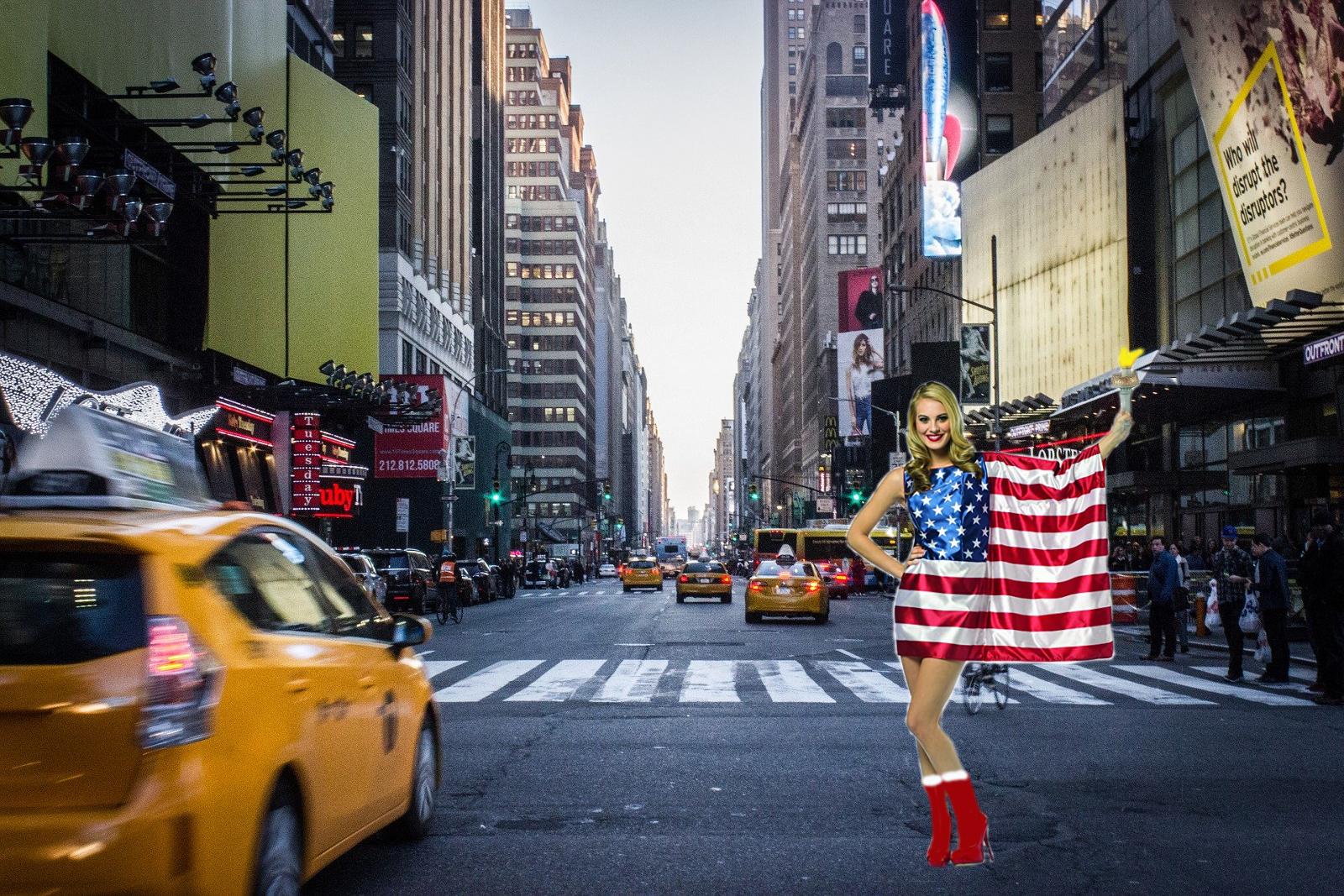 At that point, she disappeared to get control of the situation!  She legally changed her name

and moved away by herself.  She would visit family and friends but they had no idea what her new name was or where she lived.  Patriot Woman kept to herself in her secluded woodland home she had purchased with all her remaining retirement funds. She was pretty sure she could get a job being so young now.  Her new home was close enough to New York City for a reasonable commute but secluded enough to test out her powers in private. For reasons unknown two months into her transmutation she saw that her anti-aging had halted at about the age, she became paralyzed.  Little did she know that she would now be forever 25!  Patriot Woman would never age another day ever again for she was now Immortal! She had acquired super strength that allowed her to easily hoist 500 pounds above her head! She also had super speed, agility, and enhanced senses beyond the average human. There were also limited short term psychic visions that gave her glimpses of bad things about to happen. She shored up her power by taking karate classes as well! After her first superhero moment, she realized it was her destiny to be a superwoman hidden among the shadows of looming skyscrapers.

That first superhero moment was near Christmas 2001 as she jogged through New York City despite patches of ice on the sidewalks.  Her amazing agility, and balance compensated for any icy slippage.  Suddenly she had a vision of an old woman being robbed, and raped by a deeply deranged heavy set hulk of a man.  She sprinted to the nearby alley in her vision, and found an old woman struggling to keep her purse, and her clothing on! A perverted mad man pawed at her with a sinister smile on his face.  Patriot Woman froze for an instant as she saw herself in that old woman.  Now however it was time to take action like she never had before!  She came up behind the man and tapped him on the shoulder.  He turned around smiling and growled, “Oh yeah! Fresh meat!”  Patriot Woman then replied, “No you big bastard! Fresh punch in the face to wipe that stupid smirk clean off!” She belted the blasphemous behemoth with such force that his neck literally snapped.  He was instantly knocked out cold!

The old woman was fine and deeply thankful yet she just wanted to go home without filing a police report. Patriot Woman feared she killed the man not knowing her own strength but she felt a pulse and anonymously called 911. After checking on the filthy fiend later she discovered she had ironically damned him to a wheelchair as he became paralyzed from the neck down.  However, doctors were amazed he was still alive.  She realized she had some manner of healing powers as well since she had felt the mans neck for a bit to see what kind of injury she gave him.  She contemplated healing him but she decided the chair would be his jail sentence in lieu of actual prison. Especially since she got a vision of the darkness in the mans heart. He would only continue to hurt people if he was healed.

The Creation Of The Patriot Woman Costume And Persona 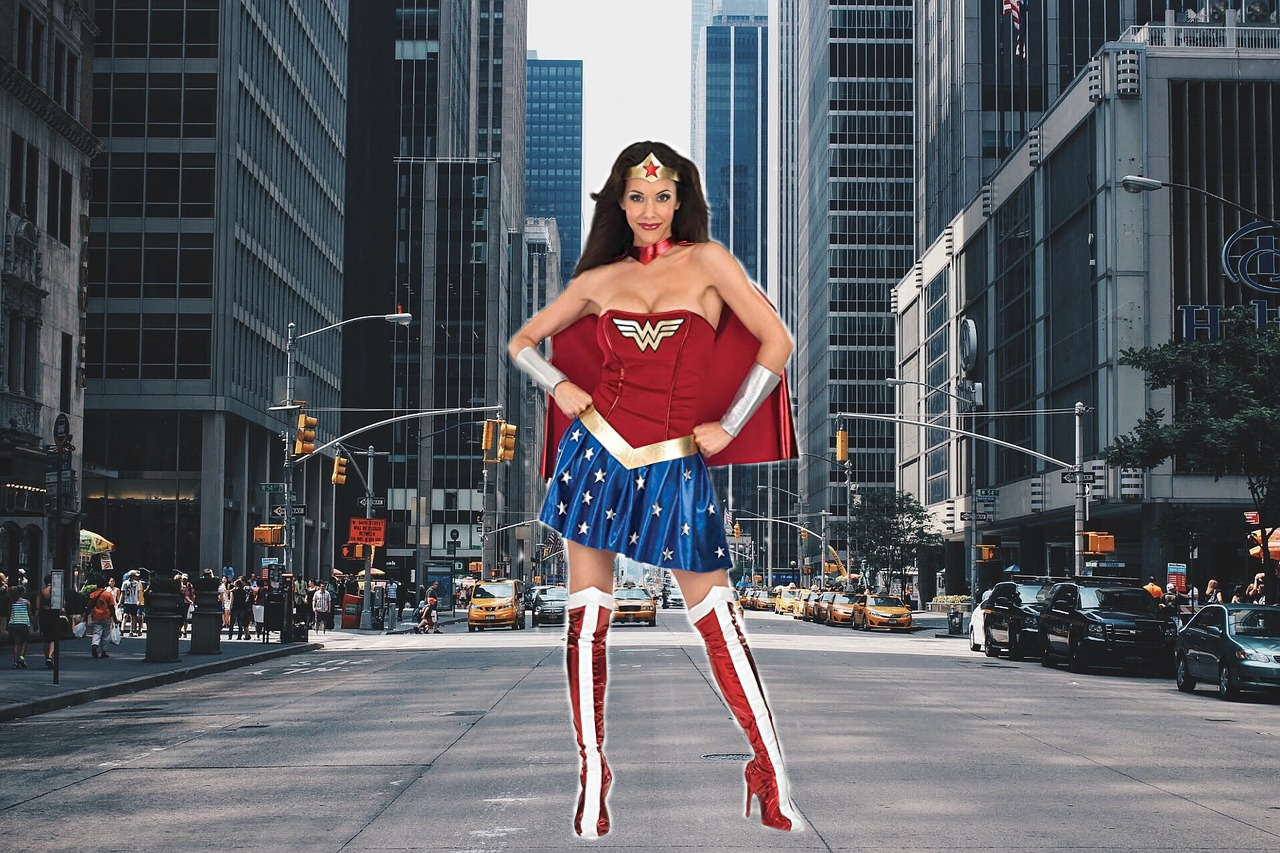 After that incident, she donned a red, white & blue suit complete with American Flag cape! She also gave

herself the Patriot Woman name.  She needed to get a job and create an alter ego to separate her from Patriot Woman. Not to mention being a superhero doesn’t tend to pay much money and she was running low on funds. So she went to college to update her nursing skills along with re-entering the dating pool with a passion! As of 2020 the 101-year-old in the body of a 25-year-old has been working at a New York City hospital having the time of her life! It’s said she used her position to scrub any records clean of her mysterious 2001 recovery, and the use of her legs again.  By day she saves lives in the hospital with her knowledge and her literal healing hands. However, the healing is limited and wanes if used to much along with weakening her as well.

By night she cruises night clubs for hot hunks while scoping out the scene for trouble. There’s always that special time each night when she beats the ever-loving hell out of street punks in her one-woman quest for eternal justice!  Various stories of her existence have manifested over the years as urban legends.  In the real supernatural community, her story is documented in the official secret paranormal record which is why we know this much about her.  We hope to someday have the honor of meeting Patriot Woman next time we’re in New York City! Mystic Investigations salutes Patriot Woman along with all the brave men and women who fought to save lives, or lost their lives on September 11th, 2001!