Posted on October 11, 2020 by Halloween Haunter 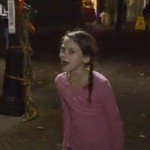 It was to be a joyous time on nearly the eve of Halloween in Salem, Massachusetts.  As home of the horrific late 1600’s Salem Witch Trials many practitioners of magic converge to the site of their fallen sisters of magic to bolster the Spirit Of Halloween for the betterment of humankind.  The Halloween Spirit that instills itself into locals who relish the fun filled spooky celebrations of the supernatural season.  Unfortunately various preachers of Christianity mistake anything associated with Halloween as evil.  Naturally there are demon worshiping dark witches, and warlocks whose nefarious plots infest the sainted Samhain season but they’re generally lurking in the dark shadows rather than blatantly celebrating on the streets. There’s also the mistaken belief that, nature deities that witches call upon for magic, are a dark force they blanket with the Pagan label. In truth the nature deities, or Earthly Gods, take a direct hand in caring for the planet, and aiding humankind. This opposes the Heavenly Angels plans of non-intervention, for the most part, until the appointed end times of Armageddon‘s final battles.

The video above features a little girl brimming full with the Spirit Of Halloween shouting at a Christian street preacher to “shut up!”  We can’t blame her for seeing the preacher as an opposing force to her enjoyment of Halloween festivities.  Certainly anyone with microphone enhancements booming their voice in vicinity can be annoying. This is especially true when it’s totally out of place for the venue.  That being said there is free speech in this nation, and our society has been lacking a respect for its elders as of late.  There is also the fact that Christianity is the largest religion on Earth, and therefore bolsters the power of the human collective consciousness. This is why their religious artifacts (holy water, crosses, etc.) have the most repellant power against the forces of demonic evil. Some of you may have disdain for religion but when the blessed holy waters of a local Priest saves your life against an attacking vampire or werewolf you think twice about any hatred you may hold. The preacher along with some of his friends in the area probably helped deter any dark forces that might of had designs on the innocent children frolicking about in the dark shadows of the foreboding night.

We spoke to a local good witch named Octavia who witnessed the little girls tirade, and

she agreed with it to an extent but thought it was somewhat disrespectful for a child to scream at an adult who wasn’t necessarily doing anything wrong.  Octavia indicated she later calmed the girl down, and said everyone has a right to their beliefs.  A right to share it with others yet not force it upon them.  Since the spirited girl had expressed interest in being a witch Octavia gave her the rare treat of attending a mystical Wicca ceremony presided over by powerful witches. Thankfully the girls parents were open minded. The good witch Octavia was also dismayed at how men, and women of the cloth lump her, and all practitioners of white magic in with those practicing the dark arts.  Octavia exclaimed,”We’re all on the same side fighting the forces of evil.  All those yearning for peace on Earth should be working together to end humanity’s struggles through evolutionary infancy to push forth to adulthood, and oneness with Mother Earth.  As animals in the distant past we were once in tune with nature until the acquisition of sapience caused an eventual disruption in that.  Re-achieving harmony with the spirit of Goddess Gaia is the only assurance of a future Utopia.”  We agree that all the technology in the world will not bring us into the era of the Paradise Planet if we don’t acknowledge, and respect the spirit of Mother Nature. The wise witch assured us that her local coven, with ties to the spirits of the Salem Witch Trial fallen, had the area well protected for the kids partaking of hallowed Halloween festivities. 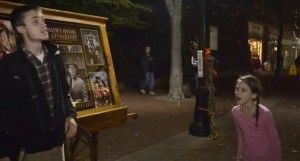 We love all things Halloween! Whether it's glee of trick o treating, the iridescent allure of the autumn season, or the spooky mystique of supernatural beings. Enter the world of Halloween all year round on our All Hallows Blog.
View all posts by Halloween Haunter →
This entry was posted in Halloween News, Witches and tagged Christianity, Religion. Bookmark the permalink.