It’s the Great Pumpkin, Charlie Brown is the quintessential American Halloween classic. This hallowed cartoon brings back the nostalgia of an old fashioned Halloween which you may remember as a child.  The magic of Autumn heralds in the Halloween season as leaves flutter about in the rays of the serene sun.  Watch the Peanuts gang prepare for the momentous occasion, trick o treating with glee, and enjoying the games of a Halloween party. Witness Linus lying in wait within the mystical pumpkin patch for the amazing arrival of The Great Pumpkin.

Where To Watch It’s A Great Pumpkin Charlie Brown? 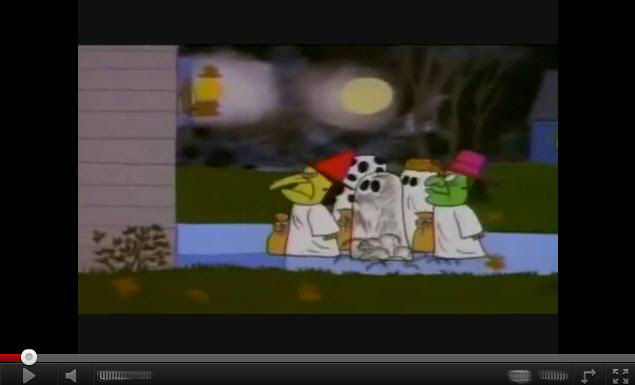 This cartoon is definitely a must see for children, and adults alike.  It’s perfect for viewing before or after trick o treating.  Then once the kids are in bed, and the Halloween witching hour is at hand, it will be time for a horror movie such as Halloween. Unfortunately, starting in 2020, Apple TV + has taken it upon itself to hijack this American holiday institution for its online streaming platform! In fact, they’ve done the same thing with all the Charlie Brown holiday specials! We say boycott their blatant power grab and find it on DVD as it can’t be seen on broadcast TV nor online anywhere else! People are jacking up the prices on the DVD’s and the only place that’s selling it cheap is Target. You can also get the more expensive Blu Ray here…

Is The Great Pumpkin Good Or Evil?

Although The Great Pumpkin is never seen in the cartoon, we feel that Linus is misguided in his belief that the entity is good.  The undying belief that includes choosing sincere pumpkin patches where true believers await the arrival of The Great Pumpkin and his glorious gifts. He’s supposedly a gentle giant who has a warm orange heart.  The Great Pumpkin may indeed target those who truly believe in him but we feel his gifts of toys may come with a steep price.  The nefarious Great Pumpkin plots to steal away the innocence of youth, and corrupt the sanctity of Halloween.  We suggest exercising caution when waiting for this figure of evil within the hopefully safe confines of your sainted pumpkin patch on All Hallows Eve.  In reality this perplexing Pumpkin Monster is more like the one portrayed in the video above! A being who truly encompasses The Spirit Of Halloween wouldn’t want you to miss Trick-O-Treating like Linus does.

The True Leader Of Halloween 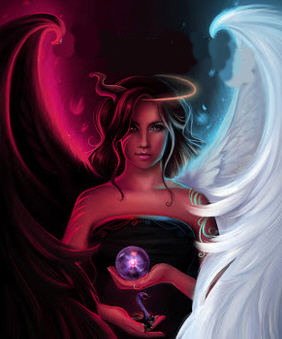 If your children are looking for a leader of Halloween then look no further than The Queen Of Halloween Shala.  Although a Angel-Demon Hybrid she is about bringing balance between good, and evil.  She fosters safe trick o treating to marshal the innocent magic of children to counter the forces of darkness who conduct their most powerful maniacal magics on All Hallows Eve! Shala’s Halloween Island hosts ghostly kids from the afterlife and those from around the supernatural community all over the world. These include her Samhain Children.🎃

I'm the President of Mystic Investigations. A paranormal crime fighting organization out for supernatural justice in a world full of darkness.
View all posts by Xavier Remington →
This entry was posted in Halloween Cartoons, Halloween TV, Monsters and tagged Charlie Brown, Great Pumpkin. Bookmark the permalink.