This is a short science fiction story written for my niece, and her Flat Stanley School Project. Flat Stanley is a boy miraculously flattened, and shrunk which causes him to have unique adventures. He is often mailed to other people around the world so he can have a wide array of new experience. The story below is written as a letter to my niece from his point of view. In this adventure Flat Stanley visits us here at Mystic Investigations in the supernatural town of Woodland Springs, Colorado.

I’m Flat Stanley, and I was mailed to Uncle Ricky in Milwaukee, WI. However we promptly got on an airplane, and flew to the mystical town of Woodland Springs, Colorado. A place full of supernatural wonders that mysteriously doesn’t seem to show up on any maps. Once we landed at the airport we were greeted by Ricky’s friends Xavier Remington, and Rebecca Abernathy. The President, and Senior Vice-President, of Mystic Investigations

which is a paranormal crime fighting research company. They drove us to their home at Remington Manor where we unpacked our suitcases in the guest rooms. We then drove to Mystic Investigations headquarters to take an awesome tour of the high tech building. That included their huge library of books about a plethora of supernatural beings including unicorns, vampires, fairies, werewolves, Leprechauns, zombies, and even Santa Claus! I was thrilled to hear that all these enchanted entities were real. I was even more excited to learn that the Mystic Investigations team actually vacations at North Pole City with Santa Claus every year! They even invited me to fly there with them next Christmas in their private jet! At the end of the tour they gave me a shiny silver badge, and declared me an honorary supernatural detective. Rebecca, who was amazingly a wondrous witch, and half mermaid, gave me a four leafed clover. She said a real Leprechaun gave it to her when she was in Ireland on Saint Patrick’s Day! It glittered green in my hand because it was beaming full of good luck. She said it would protect me in the coming weeks on what would be the most epic journey of my entire life!

Later in the afternoon we went to the circus, and I met this funny little clown who didn’t talk. It turned out he was a Mime. A performer who acts out stories silently through the 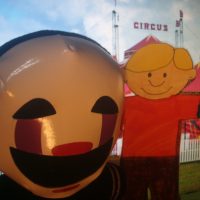 movement of his or her body. He seemed to be telling a tall tale about the Easter Bunny. Afterward we went to dinner at a local pizza parlor for kids called Wanda’s Pizza Fun Palace. There were all kinds of cool mini amusement rides, and video games to play! I also met what appeared to be plush dolls that were actually alive! They talked, and walked on their own as we had fun the whole evening. Uncle Ricky said the restaurant was owned by a good witch who could animate dolls with marvelous magic! She greeted everyone after we were there for a few hours. Her name was Wanda, and she offered to restore me to my normal size, and thickness. I told her that I was Little Flat Stanley, and if I was like any other boy I couldn’t have as much fantastical fun! After all the days activities I was so tired that I fell right to sleep in my soft bed at Remington Manor. I had the most jolly dream of meeting the Easter Bunny in a huge field of flowers, and colored eggs for as far as the eye could see! Read The Rest Of This Story On Our Christmas Blog… 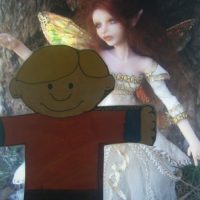 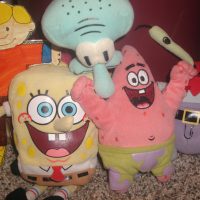 Next Kid’s Story: The Adventures Of Sprinkles The Elephant