Will I Ever Meet The Real Santa Claus?

Posted on December 20, 2014 by Xavier Remington

As A Normal Non-Supernatural Human Can I Meet Santa Claus? 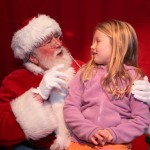 If you’re a regular reader of this website then you already know that Santa Claus is bound by the Supernatural Secrecy Pact for the most part, and can only deliver gifts to those of us in the real paranormal community.  This also includes revealing his true identity to average humans with proof of powers displayed.  In actuality it’s rare for people even in the supernatural world to meet Santa Claus.  It’s somewhat like the average human having the opportunity to meet the Pope, a President, or an A list celebrity in their lifetime.  Of course that doesn’t apply to Immortals since they will most likely live long enough to finally meet him by the sheer chance expanse of time.

Santa goes undercover in the real world on various missions of mercy along with being a Mall Santa at times.  So it’s possible you, or your kids, may have actually met the real Santa Claus.  The truth is though that just about every child who ever existed since the inception of the magical North Pole City has met Santa Claus.  Saint Nicholas fought long, and hard for a clause in the Supernatural Secrecy Pact that allowed him to reveal himself to standard humans just so as long as they got a memory wipe afterward.  There’s also his Angelic channeling of the Dream Astral Plane that delivers children dreaming of Christmas, or Santa, to his North Pole City.

A number of kids seen frolicking about North Pole City are in fact at home in bed dreaming in deep REM sleep.  Santa Claus uses his Demi-Angel powers channeled through the mystical Christmas Crystal to manifest dreaming children from the Astral Plane into a solid light form.  In essence holograms made of densely packed photons who can feel all the sensations of their surrounding environment via magic.  As with any dream the kids might wake up, and remember nothing, have hazy recollection, or remember it as the most vividly amazing dream ever!  If your child describes a North Pole City dream in a way you’ve never heard them speak before then their spirit really was at the North Pole!  Something similair happens with Shala, Queen Of Halloween, and her mystical Halloween Island.  Although very few have recollection of their Astral stay with her since she is paranoid about Angelic, and Demonic forces finding her.  Like Shala Santa also welcomes spirits of the dearly departed who wish to visit his winter wonderland.

Adults who have Christmas related dreams may 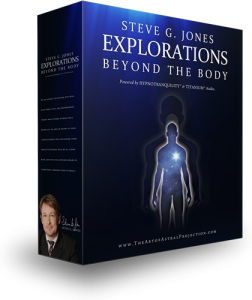 find themselves drawn to Santa, and end up there in an Astral form.  However it’s far rarer than the kids since the innocent magic in their hearts is a large part of the dream transference process.  Adults who end up at the North Pole tend to be very good people who are year round lovers of Christmas.  Adults also have the option of training in the Art Of Astral Projection so they can will themselves to Santa’s secret workshop. No matter how many times you may have ended up in Saint Nick’s happiest place on Earth in your dreams you will remember every instance as being real if you enter the real world of the supernatural, or once you’ve passed on to the Afterlife.  So in the end everyone who wishes to do so will remember the dreamy times they may have had at North Pole City, or visit there whenever they like at some point in their lives or afterlives!

🎅As the Founder and President of Mystic Investigations I have dealt with all manner of metaphysical mayhem! However the supernatural beings and paranormal phenomenon of the Christmas season are some of the most magical. Our supernatural crime fighting team has had the honor of being welcome at the Demi-Angel Santa Claus's North Pole City and the horror of battling the diabolical Anti-Claus! This Xmas blog was born out of a deep interest and love for The Spirit Of Christmas! Merry Christmas To All And To All A Safe Night!🎄
View all posts by Xavier Remington →
This entry was posted in Santa Claus and tagged North Pole City. Bookmark the permalink.