Posted on February 2, 2021 by Xavier Remington 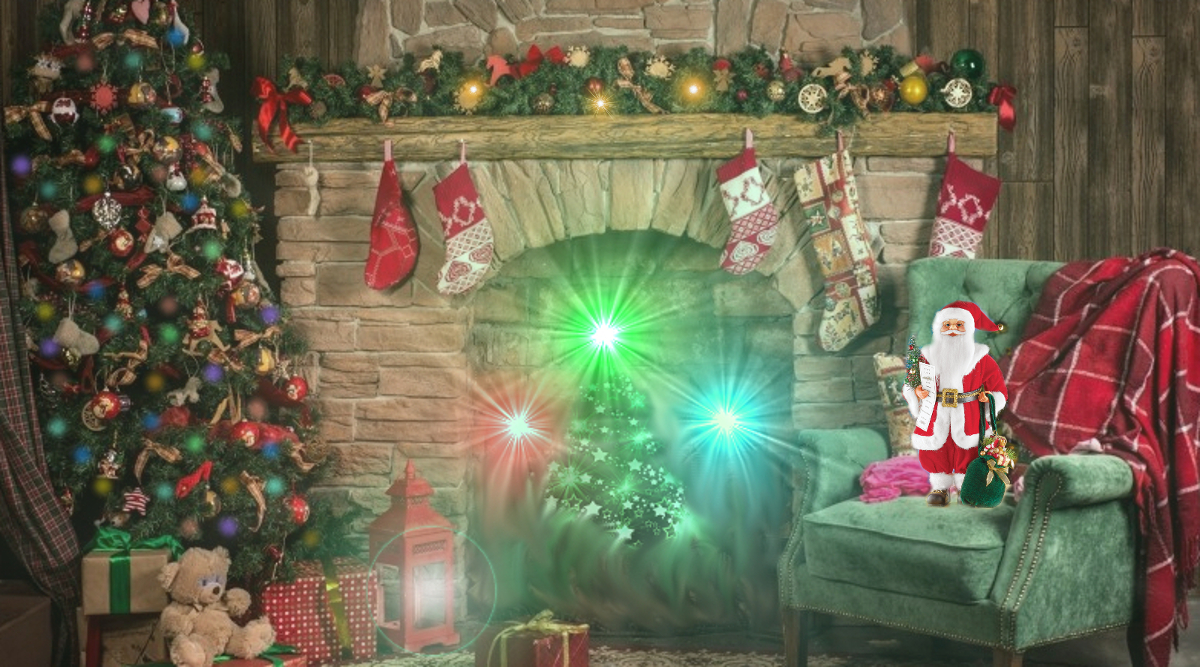 When Does The Christmas Season Officially End?

Some believe the Christmas Season ends on January 6th during Epiphany. However, in the paranormal world we know that February 2nd holds the final embers of Christmas cheer. It’s a little-known fact in the human world that the second of February is the last day to take down your Christmas decorations in order to avoid the specter of bad luck from visiting you! February 2nd holds both the holidays of Candlemas and Groundhog Day. Ancient supernatural tradition indicates that the Christian holiday of Candlemas holds the last wondrous whispers of the previous year’s Christmas. Yes, indeed you can have too much of a good thing!  Santa Claus has confirmed this himself, and states, “Only North Pole City and places where the Spirit Of Christmas is perpetually strong may safely maintain Christmas decorations 365 days a year! This also includes those whose hallowed hearts dwell deep within the Christmas Spirit. For all else the Christmas Season must unfortunately end for the sake of the greater good!”🎅

The Battle Between Winter And Spring

The origin of this actually lies in the Pagan holiday of Imbolc, the cross quarter-season mark in between winter, and spring.  Both Candlemas and Groundhog Day sprung forth from Imbolic which was thought by some ancients to be the first day of spring. Most were eager to end the long miserable isolating winter.  Certainly the noticeably longer days, and sometimes slightly warmer temperatures gave them hope for the future. If various underground dwelling animals, such as serpents, badgers, and of course groundhogs, emerged from their dens it was a good omen that Spring had sprung.

It’s known that various powerful Witches would call upon Spring Goddesses, and even local Spring Nymphs, to ascend upon their land to drive away the Winter Goddesses, Nymphs, and Fairies.  Often times this resulted in violent weather conditions as the human practitioners of magic attempted to stage war between the nature Goddesses.  Although in some cases localities received a much coveted supernaturally early Spring. Others were unfairly damned with a Winter that pressed on even into Summer courtesy of Frosty Gods such as the infamous Jack Frost!

Most folks who refuse to take down their Christmas decor in a timely manner can expect dark luck that stems from laziness, having too much pride for

any given holiday, and incurring negative emotions from those who covet the other supernatural holidays of the year.  Keeping the decor up sends out a metaphysical message that winter is welcome since Christmas is the central wintertime holiday. Either way, dark forces of evil feed upon the resulting negative enchanted energies and press bad luck upon you.  The two likely suspects are the Anti-Claus & his minions along with Clurichauns, aka evil Leprechauns.

Christmas Decor On Saint Patrick’s Day Is Asking For Trouble!

Certainly, those who leave up their Christmas decorations into Saint Patrick’s Day are just asking for these micro malevolent masters of lousy luck to visit them! However, there are a plethora of faulty fortune sources on Earth including neighbors annoyed by your Xmas decor overstaying its welcome.  You’d be amazed how many people have the power to Curse you!  The worst time to have Christmas cheer strewn about is on any Friday The 13th past February 2nd.  This makes you a marvelous magnet for anti-luck!

How To Avoid The Christmas Curse

If by some fluke you don’t realize this after Groundhog Day has passed then you can still save yourself by committing to the unthinkable. You must leave the decor up 365

days a year thereby creating a future lucky psychic connection to the next Christmas. Although you must follow through, and truly accept the Spirit Of Christmas into your heart. Each day must be celebrated as the Christmas season complete with gifts kept under the tree. These presents must be given away to others on the 25th of each month or the dreaded Christmas Curse will befall you! Also no matter what you must immediately take down any outdoors decor if you live in a neighborhood where your home is in view of others. You may however leave up a simple wreath or something not that noticeable. If you live in a deep rural area with no neighbors nearby then you can leave everything up outside.

In addition don’t let any of the dandy decor wear, tear, or fall into disarray!  Keep everything dusted, and in top shape! Also, you can’t mix other holiday decor in the same room. No Easter, Halloween, etc! Under other circumstances, this might fly but you’re fighting for your lucky life here! If you went past February 2nd then you can’t have the Christmas trees decorated with the current holiday season. Please be sure to pray at least once a week to Santa Claus, and his Angel Father Sarandiel. He’s sometimes called The Grandfather Of Christmas.  Ask them to instill the Christmas Spirit within you so you create a direct conduit to the coveted Christmas Crystal.

Decorating For Christmas Too Early

Malevolent misfortune is also possible on the other end of the scale when first putting up decor before Christmas.  The earliest you can decorate for Christmas is November 3rd after All Souls Day Of The Dead is over.  After Thanksgiving Day on Black Friday is the preferred time in the paranormal community for maximum holiday spirit! The Halloween Season is said to continue until Thanksgiving. This is considered the transitional holiday between Halloween and Christmas. Celebrating both in November is thought to be supernaturally sound. In addition, you are free to Buy Christmas decor and store it any time of year. Feel free to take advantage of any shopping deals you might find well before Christmas!🎄

UPDATE: Due to the COVID-19 Pandemic and the general insanity of 2020 The Spirit Of Christmas has indicated people can safety leave their decor up through Saint Patrick’s Day! This also means that the Christmas Season is extended until then! However you must incorporate Valentines and Saint Patrick’s decorations within your Christmas ornamentation. This data was gleamed by Santa himself who is one of the few people who can read the precise thoughts of The Christmas Spirit.

🎅As the Founder and President of Mystic Investigations I have dealt with all manner of metaphysical mayhem! However the supernatural beings and paranormal phenomenon of the Christmas season are some of the most magical. Our supernatural crime fighting team has had the honor of being welcome at the Demi-Angel Santa Claus's North Pole City and the horror of battling the diabolical Anti-Claus! This Xmas blog was born out of a deep interest and love for The Spirit Of Christmas! Merry Christmas To All And To All A Safe Night!🎄
View all posts by Xavier Remington →
This entry was posted in Christmas Decorations and tagged Bad Luck, Candlemas, February 2nd, Ground Hog Day, Imbolc. Bookmark the permalink.