The Original Jumanji Film Is Based On A True Story! Indeed cursed paranormal games do exist!  In fact, Jumanji, a Zulu word meaning “many effects”, is a real game somewhat similar to what was seen in the hit 1995 motion picture starring Robin Williams.  We don’t know all the murky details about the real Jumanji board game, its origins, or current location beyond a shadow of a doubt.  Rumors and anecdotal evidence seem to indicate that Jumanji was the creation of an African Witch Doctor, and a Dark British Witch in the late 1800’s. They were diabolical lovers who sought to perpetuate evil in an eternally unique way. The true inspiration for their game was a deep disdain for Europeans and other outsiders pillaging the sacred lands of Africa for the sake of silly safaris. Oddly enough their intent came from a good place. However, the execution was pure evil!

The crazy couple inadvertently discovered that their planned self-sacrificing deaths to set off the cursed game would allow them to become immortal. They live on in the game and are sometimes released temporarily into the real world during gameplay. Paranormal play that includes herds of dangerous animals stampeding from the game. The board game may also manifest a real overabundance of jungle plant life, aboriginal warriors, and big game hunters! It can also suck players into the games metaphysical world for decades at a time!  Jumanji is currently in the secret possession of the British Royals. It’s said that they purchased it at a secret underground Illuminati auction. Perhaps Queen Elizabeth has played it at least once?

The Jumanji: Welcome To The Jungle Video Game Is Real!

Interestingly enough the 2017 movie Jumanji: Welcome To The Jungle was inspired by the real-life events that led to the board game being adapted to a video game. A disturbing game in which players are sucked into a virtual jungle of danger appearing as their chosen avatars. A video game loving Wizard named Wazzle had heard the Jumanji legend. Sometime in 2012 he broke into a royal vault in London and stole the Jumanji board game. He carefully studied it’s paranormal programming and began translating it into computer code with the aid of a marvelous Mystic named Velluza. After three months they cracked the complete code and Wazzle began designing the graphics and storyline of the game.  In order to curse his version of Jumanji and make it like the board game, he mercilessly sacrificed Velluza to a Cyber-Demon. This unknown Cyber-Demon now infests the video game tormenting players with glee!

Players who get sucked in and lose the game die as Cyber-Demonic sacrifices who live on in the game as their own personal hell! Winners get to live with the nightmare of their time in the terrifying challenge. Wazzle is instrumental in luring people to the video game he places at key locations around the world to lure in unsuspecting teens and gamers to play. Amazingly it can be played on any gaming platform including PC. For every 13 sacrifices, Wazzle wins another 13 years on Earth past his natural date of death. The last known location of the video game was in Moscow, Russia. It has yet to hit North America but rest assured Wazzle will probably bring it here with the release of the new Jumanji movie. If you manage to get hold of this horrifying game please contact your local paranormal investigator, supernatural warrior, or practitioner of magic. Tread carefully because Wazzle is never far from the game that can magically appear as a compact disk, floppy disk, or video game cartridge!

Incidentally, Wazzle purposely left the Jumanji board game behind at an abandoned hideout after he was done using it to design his video game. He knew that all manner of powerful forces would be after him and he wasn’t interested in playing perpetual hide and seek. Jumanji was ultimately recovered by her Majesties Secret Service. It was promptly returned to the royal vault in London where it now sits. However, it is said that the game is lent out to royals, billionaires, and other VIP’s around the world. In addition secret supernatural sections of the British government conduct testing on the game to unlock its paranormal perplexities.

The Romanian Game Of Death Commisioned By Dracula!
A paranormal board game even more deadly than Jumanji originates from Romania.  It’s called “Joc De Moarte” which literally translates into “game of death” in Romanian.  Joc De Moarte was a board game commissioned in the late 1700’s by the infamous Prince Dracula Of Wallachia. A prominent second-generation member of the global vampire royal family.  Dracula was bored with the monotony of his daily murders, and bloodsucking as the centuries rambled forth before his dark immortal life.  He wanted a real challenge so he looked to the world of magical practitioners to spice up his daily deadly routine.

The infamous Sorcerer Dimitri Diablo took up the challenge to create the ultimate supernatural board game of death!  Back in those days, he had yet to achieve the power he has today as the current King Of Hell.  Back then he actually had some alliances instead of taking on the wayward world independently.  Diablo was friends with Dracula for a time, and he was impressed by the power Diablo wielded.  Over the course of a year, Dimitri perfected the diabolical board game from hell.  When completed Dracula played the first game with Dimitri, another vampire, a witch, a Lycan, and a hapless human.  The playing board runs its way through a damned castle of darkness, and the surrounding Black Forest Of Doom.  Dice, riddle cards, and a small magical crystal ball guide players forward to the end game.

Throughout the blasphemous board game, magical beings materialize out of thin air and attack at will.  They include demons, poltergeists, Earthly Gods, vampires, werewolves, zombies, sorcerers, witches, warlocks, wizards, and miscellaneous malevolent monsters.  The Black Forest Of Doom actually appears in the general area the game is being played at key points. Similar to solid holographic simulations.  In reality, they are active astral projections. Ultimately the frightening game takes players on a quest for the Devil’s Unholy Grail.  A real-life chalice once used by the Devil.  It’s said to give a pure evil soul the ultimate power while damning the rest straight to hell against their will! A pure soul of light would, in fact, destroy the chalice by merely touching it.

The unholy cup is made of cursed Carbonado, aka black diamond, and is said to be forged within the very fire and brimstone of hell itself.  To activate its power a person must drink their own blood

from the chalice.  The location of the real chalice is unknown but its said the winner of the game will gain a clue to its location.  The game also duplicates the chalice giving the winner a surge of power courtesy of the Sorcerer Diablo.  During the first game, everyone died except for Dracula, and Dimitri.  However, Dracula nearly died while playing, and at the end, after Dimitri let him win, he thanked Dimitri for the amazingly exciting experience! As the game creator, Dimitri can’t be killed by it.

Joc De Moarte provided Dracula with many decades of fun for him and his guests.  The game is self-powered by powerful demonic spells and works independently of Dimitri Diablo by mystical metaphysical means.  Although most of the game conjures up imaginary supernatural entities there are some real Demons, Gods, ghosts, jinn, monsters, and other hellish entities called forth. Some trapped in the game, and others called from the great beyond. This makes it dangerous even when a player is done with the game since these entities can linger, haunt, and even possess the victim.  Naturally powerful beings like Dracula under demonic protection don’t really have to worry about the after-effects of this most disturbing board game.

Unfortunately, Dracula eventually grew tired of the game and thought it would be funny to release it into the world to plague humankind on a random basis.  Evey cold-hearted supernatural soul loves watching average people enter the frightening world of the paranormal for the first time! By then Dracula and Dimitri had gone their separate ways so he had a wizard tie the games crystal ball to a crystal ball in his castle so he could watch the mayhem the game caused.  It’s also a fair bet that Dimitri can spy on game players at will via his psychic powers. The historical record indicates that the first deaths caused by the released game occurred sometime in the 1840’s.  The deadly game has popped up every so often with morbid consequences all around the planet! 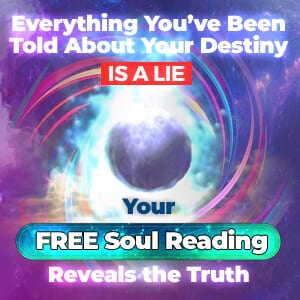 The last recorded sighting was at a Halloween party in Winterset, Iowa in 1977.  43 people

lost their lives, including 27 teens, despite the fact, only 6 people were playing the board game.  The entire large two-story home turned into a bloodbath of evil entities unleashed by Dimitri’s deadly spells tied to the seemingly harmless wood, and crystal game.  The US Paranormal Defense Agency quickly swooped in and covered up the massacre due to the obvious paranormal nature of the deaths.  It’s unknown if the game is currently in the Federal government’s custody or if it’s still floating around ready to find it’s way to a new generation of foolish victims. Certainly, it’s a good sign we haven’t heard anything more about this game since 1977!  [Twitter] [Facebook]

2017 Jumanji: Welcome To The Jungle Trailer

Watch Jumanji: Welcome To The Jungle Online (Estimated To Be Available Online March 2018)