and darkness intertwined into a harmonious balance. Its metaphysical energy exudes a general feeling of emotional beneficence and whimsical spookiness throughout the world during the Halloween Season.  Generally, this effect is only felt by human souls who help bolster the Spirit with their gleeful Halloween celebrations.  However, supernatural beings will feel it in different ways especially if they’re evil in nature. Read The Rest On Our Halloween Blog… We’re All The Original First Soul

Souls, also called Spirits, are what separates us from being merely biological machines. Although referred to as the human soul this is only the case at the lowest dimensional level. These souls are the metaphysical energy and pure consciousness entities that vibrate at the same frequency as we do and are therefore connected to us. It’s what identifies you as being you! Long before we were ever humans we existed as higher dimensional souls. Everyone’s soul first came into existence from a sea of pure non-corporeal energy information waves that coalesced into infinite consciousness frequencies. These first original souls then formed a spontaneous Neural Network that became the Macroverse God. At this highest dimensional level, we are all Gods apart of the one infinite God who kicked off all that ever existed and ever will! There we are perfect 100% non-corporeal energy souls of pure consciousness.

The Enigma Of Simultaneously Being Born & Placing One’s Soul Into A Lower Vessel!

As Gods, our mission is to gain perfect enlightenment through infinite knowledge and wisdom via the realities we create. Within our own Universes, and that of other Gods, we exist in varying forms to play out all mathematical probabilities and gain the maximum plethora of experiences possible in any given reality. We exist as a multitude of Gods descending down the dimensional levels. This includes the Omniverse God level that is usually 12 dimensional in nature and is considered a pure 100% metaphysical energy entity. From the Macroverse perspective, we’ve placed ourselves willingly in ever lower states all the way down to that of physical-biological beings. Technically our 3-D physical body is considered a soul as it vibrates at the same frequency at the pure energy level just below that of the metaphysical energy souls. In that way, we can define a soul as a vessel for our consciousness that is our true self. All mere supernatural slivers of our Macroverse soul.

The Enlightened Purpose Of Gaining Knowledge And Wisdom

From the perspectives of our lower dimensional selves, it appears we ascended to Godhood status. From our view, it will seem we started out as physical beings in the various Parallel Universes and worked our way up the higher dimensional ladder after death. A certain level of knowledge acquisition takes us to the next level as we meld with all our souls from the last dimensional level. In essence, we are reborn as a seemingly new person. As a 5-D being, you would have all the memories of your parallel universe lives in this Multiverse. You eventually become an Omniverse God and someday you will finally phase into the highest dimensional realm of the Macroverse God where the source of your soul resides. There you will realize that you sent yourself on this most miraculous journey! It’s a hell of a lot better than just sitting in a dark void stewing in your own thoughts for eternity!

The Definition Of A Soul

So to sum up a soul is the vessel for your pure consciousness to occupy in any given plane of existence. A conduit to interact with reality and collect knowledge. That includes your Macroverse Soul that is pure consciousness and a vessel all in one. The frequency at which said soul vibrates identifies who you are. The Macroverse soul source broadcasts its frequency down to every one of its vessels to collect every last fragment of memory data. However, the vessels, or lower souls, themselves only gain a small working fragment of the Macroverse consciousness. A basic operating system with a blank disk to collect memory data. Data uploaded to the Macroverse cloud server via higher-dimensional WiFi. Unfortunately, downloads are blocked from the vessels to preserve the integrity of the life experience. From the souls perspective, it was born for the first time into its given environment completely ignorant of its previous existence. Just think how astronomical the odds are that this is the first time you ever existed in an infinite Universe? It’s far more likely you’ve existed a multitude of times before this! That you indeed currently exist as a God!

Your Many Souls And Infinite Lives!

At the lowest soul level, you could be an animal, human, alien, supernatural being, android, or even an AI program in a computer-simulated reality! This can also include future evolution into physical pure energy beings. Within any Universe, the same souls can exist simultaneously on the same planet as twins or over the course of its history by mere coincidental soul repeating or reincarnation. Then there’s existence on other planets as extraterrestrials or other beings as we speak! These souls exist in each frozen 3-D moment of our 4-D reality and into the 5-D Multiverse expanse of the Parallel Universes. Each our physical selves has a 3-D astral energy soul. The one that can become a ghost after death for some. Most ascend to a 4-D metaphysical energy status in which every moment of their life is like the present to them. This despite the growth from childhood to adulthood essentially creating varying degrees of new people with the same soul. It is often said that adulthood is the death of the child. A death so gradually transitional that nobody mourns for it except upon deep reflection. As you ascend the higher dimensions, among a multitude of parallel dimensions within, you gradually become a pure metaphysical energy entity and then continue to shed that to become more non-corporeal. In the end, you arrive full circle at the Macroverse point you began at. Your soul source continues to send its consciousness forth living out infinite lives and eternally collecting experiences through its everlasting souls! 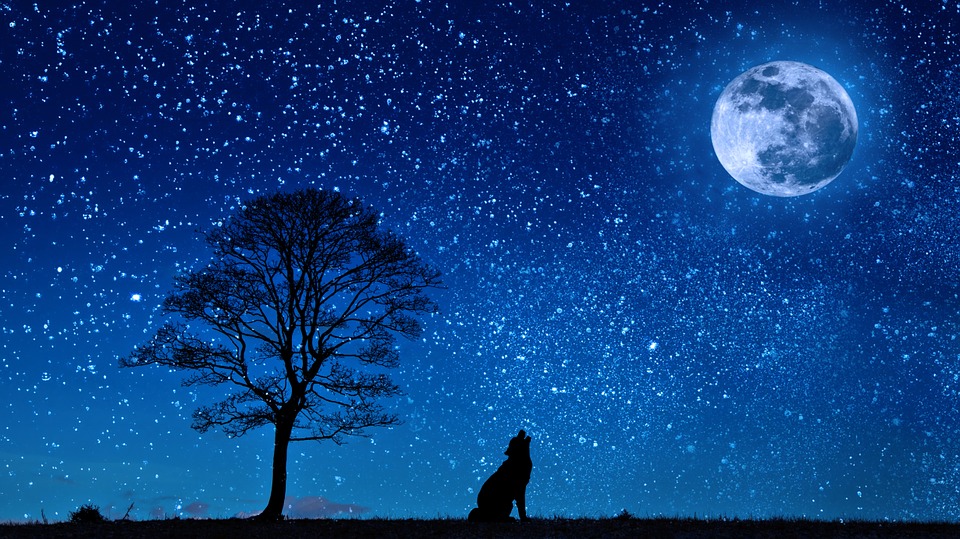 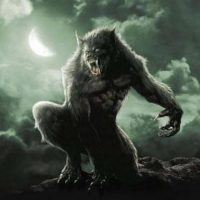 Since the Full Moon of November 2018 falls on Thanksgiving it is called The Thanksgiving Moon! Thanksgiving is the transitional holiday between Halloween and Christmas that leans a lot more toward the Xmas end. Its connection with the Spirit Of Christmas and the Spirit Of Autumn brings calmer lunar energies. This means the Werewolves of Thanksgiving will be meeker and less monstrous. As long as you don’t provoke them the hairy horrors should steer clear of you. Feel free to enjoy the cool moonlit nights in this final swan song of fall! Just to be safe wear silver, a sprig of Wolfsbane, or carry holy water with you. Read The Rest Of This Paranormal Activity Forecast…Including Dark Native American Spirits, Gobbler Ghouls, And Turkey Zombies…