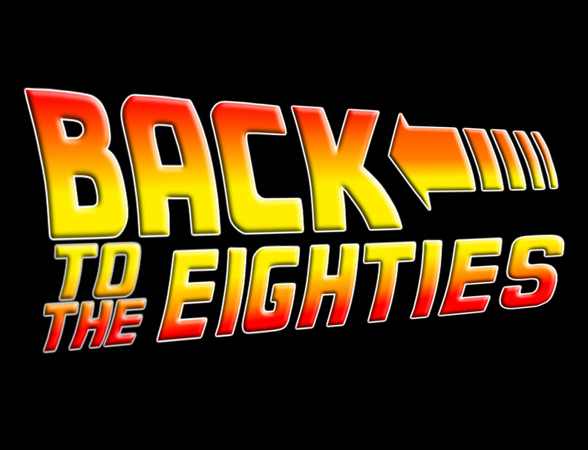 One of the most interesting cases in our paranormal files is the case of a couple who loved the 1980’s with a passion! So much so that they traveled back in time to live in the decade for 1000 years! How is this possible, and why 1000 years? Our investigation started from rumors of a husband, and wife who seemingly existed in 100 different places in the United States at the same time between New Year’s Day 1980, and New Year’s Eve 1989. The doppelgangers all had different names but stuck to the same basic lifecycle of going to college for 4 years from 1980 through 1983. Then entering the workforce for the rest of the eighties except for 1989 when they took the year off.  Two sets of the couple lived in each of the 50 States except for only one couple in Rhode Island, one in Oklahoma, 3 in California, and 3 in New York. We’re keeping their names a secret so as not to retroactively jeopardize their dream!

Utilizing past paranormal reports, census records, eyewitness accounts, top flight psychics, and even an interview with the couple in question, revealed that all 100 couples were the same couple!  They were born in the early 70’s, and had fond memories of their formative years in the 1980’s. They were high school sweethearts that married in 1990. Every decade since was a disappointment for them on all levels. They simply never took to the culture, technology, and everything else as each year took them further away from the 80’s. They always felt like their home was in the 1980’s, and had a house of memorabilia from that time frame. Their obsession went so far as to constantly have Eighties shows playing on the TV, and music over the stereo. They even drove cars from the decade as well. Not surprisingly their favorite movie from the 80’s was Back To The Future. Incidentally it’s based on a true time travel story! They dreamed of traveling back in time to live in the 1980’s forever but it always remained a science fiction fantasy that would always be out of reach!

Finally in the 2040’s, aged in their early 70’s, they used a good chunk of their retirement funds to purchase new anti-aging cellular regeneration nanobots. This new technology could grant anyone immortality, and they anti-aged back to their mid 20’s within a year! Now young again they felt a reconnection with their beloved decade. Almost as if half the battle of getting back was complete. One fateful night they were camping in a remote forest when they saw an eerie neon blue light blaze downward from the sky. They heard a loud crash, and ran to see what it was. tI was an odd translucent pie shaped ship of some sort. An emergency hatch on the vessel had auto opened but the pilot inside was badly wounded, and unconsciousness. There appeared to be internal damage with a smoky haze afoot. They got the man out, and took him to a hospital. The couple said they found the man in a ditch, and neglected to mention the ship. Mainly because the display panel inside reminded them of Back To The Future. It was a time machine, and the origin date was 3221!

When the man regained consciousness in the hospital they said they had kept his secret, and knew he was a time traveler from the 33rd century. He denied this vehemently at first, and then finally admitted it when the couple threatened to call the FBI or the US Military! He told them he was a fugitive from the 3221 who was framed for multiple crimes he didn’t commit. He was forced to steal a time cops temporal ship but was attacked by a intergalactic vessel before he jumped back to the 2040’s by sheer coincidence. Thankfully the cloaking mechanism on the ship was intact so time cops couldn’t locate the ship. As thanks for saving his life, and keeping his secret he agreed to drop the couple off to the first day in 1980, and retrieve them on the last day of 1989. That is after a dormant onboard robot was activated to repair the time vessel.

The couple was ecstatic that their fantasy was finally coming true! They packed their essential belongings that included a laptop computer, and printer. They also converted all their savings to gold. Once in 1980 they would exchange it for cash. They started their 80’s dream journey in their childhood hometown located in Wisconsin, and attended college to start a new career. They had always wanted to be college students in the 80’s, and experience a new direction in careers. Certainly their technical careers didn’t exist back then. Also sitting around for years wasn’t in their nature. It was tempting to use future knowledge to win the lottery, play the stock market, and place sports bets to get rich but their time traveler told them it could immediately set off time cop alarms. They didn’t want to risk killing their good fortune over silly greed!

For the first time they enjoyed living as adults in the 1980’s. The lucky couple felt like they finally came home again. They’d never been happier! The 10 years passed like wildfire, and when the time traveler came to pick them up they wanted to go back again to do it all over again! And so they did living through one hundred 80’s decades total! 1000 years of the live pure Eighties magic!  After the second time they had told the time traveler they never wanted to leave. He agreed that 199 trips total would pay his debt to them. 100 trips to 1980, and 99 pick ups from 1989. The couple eventually decided to live out the rest of their future naturally after the final 1989. By then they had their satisfying fill of their delightful decade.

The cautious couple had carefully spread out across the United States so they wouldn’t run into their time traveling counterparts. Creating new identities was easy since all you had to do was show paperwork, or plant it in the right files. That’s where the laptop, photoshop, and a top flight printer from 2040 came in handy! As they woke up on New Year’s Day 1990 they left their 99 doppelgangers behind! With no further intention of time travel they carefully began investing based on future knowledge. Especially the internet. As of 2017 they still live in the United States as multi-millionaires. They could have been billionaires but decided to build to that level slowly just in case they’re under surveillance by temporal authorities who might somehow reverse their 1000 years of 80’s bliss!

We found them last month, and they were reluctant to submit to our interview. However we assured them they would remain anonymous. They said they miss the 80’s only a little because 1000 years really sticks with you! However as immortals they would live to see time travel technology exist, and they indicated they would probably go back someday! Of course we also suggested that ultra realistic virtual reality, and holographic simulations were much closer. Something not quite perfected to their satisfaction in the 2040’s. Also they spent most of their money on those pesky immortality nanobots! Perhaps they could perpetually live in the virtual 1980’s someday with just the flick of a switch free of any time cop worries!