Posted on September 24, 2018 by Halloween Haunter 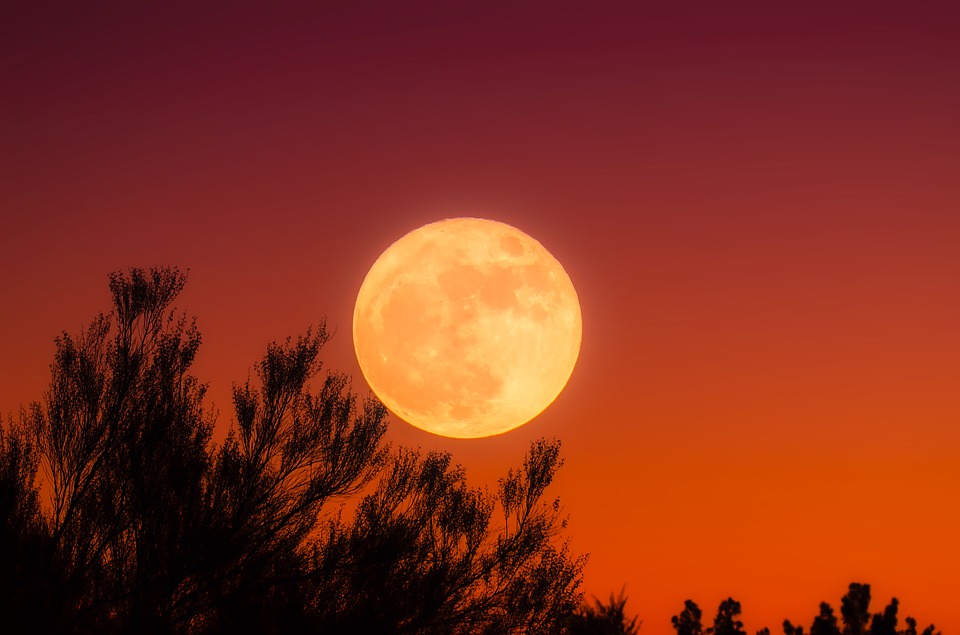 The sinister September Harvest Moon is upon us! In the blissfully ignorant human world it is seen as a serene celestial event that grants us a large low lying Moon which is sometimes a shade of amber or orange. Often beautifully bright in the spacious skies it blesses farmers with additional light to manage their Autumn harvest. Unfortunately, in the secret world of the supernatural the Harvest Moon brings us the wayward wolves of a monstrous mode!🐺

The paranormal powers of the lunar light transforms humans infected with the Lycanthrope virus into Werewolves! Mindless horrors of huge hair out for the flesh and blood of anything that moves! This includes you pal! Thankfully, they are most often in rural areas and steer clear of large population centers. This is reinforced with the Harvest Moon as its lunar energies draw Werewolves to farm fields around the world! Certainly agricultural workers and animals nearby will be facing extra special dangers on what should be pleasantly peaceful Fall nights! Despite this don’t let your guard down in cities as there is always the random Urban Werewolf! Particularly in large city parks. So far we have multiple reports of Werewolf sightings and attacks from around the globe. Naturally, the various governments all have their mechanisms in place to cover up these diabolical disturbances and deeply discredit them as they pull the strings of media outlets!🎃 Read The Rest Of This Paranormal Activity Forecast…

"Harrowing Harvest Moon Werewolves", 5 out of 5 based on 1 ratings.

We love all things Halloween! Whether it's glee of trick o treating, the iridescent allure of the autumn season, or the spooky mystique of supernatural beings. Enter the world of Halloween all year round on our All Hallows Blog.
View all posts by Halloween Haunter →
This entry was posted in Werewolves. Bookmark the permalink.
Copy Protected by Chetan's WP-Copyprotect.