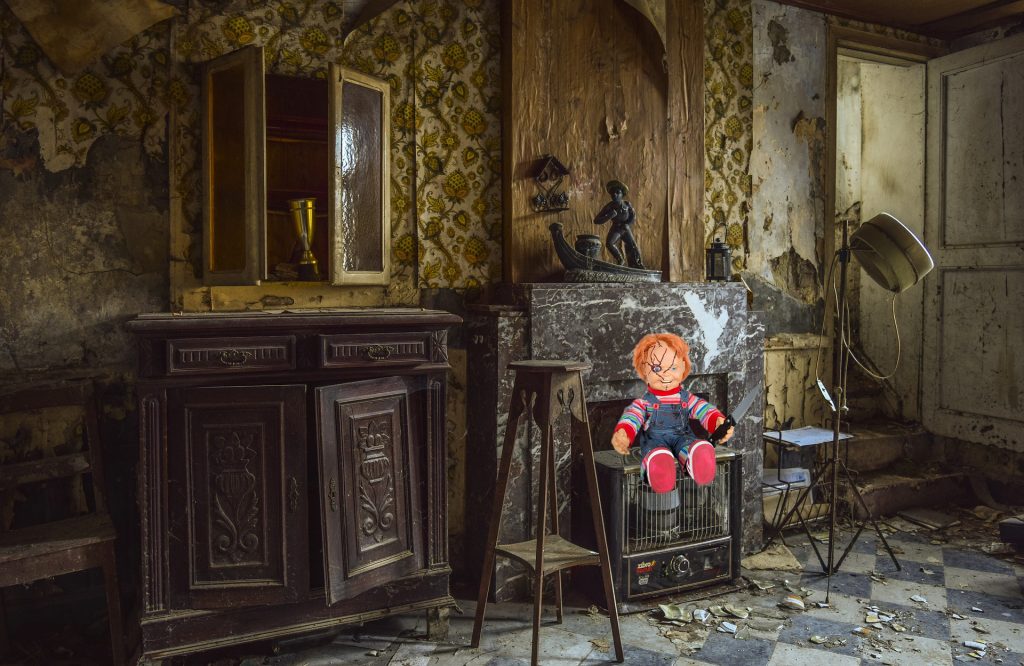 Yes, indeed the criminally possessed Chucky Doll[Ad] from the Child’s Play Movies[Ad] is based on a true supernatural story! The horror franchise follows the sordid saga of the serial killer Charles Lee Ray. A terrifying individual who was forced to transfer his consciousness, via Voodoo ritual, to a so-called Good Guy Doll for the purposes of alluding authorities. Possessed objects are nothing new in the world of the paranormal. Although they usually have the trapped spirit of a demon or some other higher-dimensional entity. Only in rare cases do we see human souls or ghosts possess inanimate objects. Most of these unusual cases involve the vengeful curses and spells of dark magical practitioners.

The ultimate secret inspiration for Child’s Play came from a metaphysical incident in 1954. Within a small town in Louisiana, an escaped murderous convict named Leroy Manning came to his grandmother for help.  She was a Voodoo witch doctor living in a remote bayou shack.  The authorities were outside with guns drawn as ferocious dogs growled for their criminal prey! His grandmother attempted a consciousness transference ritual into a large antique doll she acquired as a child.  There was no other escape left for him so they had nothing to lose! Her hope was to transfer him to the doll so his body would appear dead to the authorities. She had Leroy drink a mystical herbal concoction that would prevent necrosis when his body inevitably spent time in a morgue. Then once the supposed corpse was released back to her she would take his spirit from the doll, and embed it back into her grandson.

A Cursed Doll Is Born!

Mid-ritual the authorities burst in with guns blazing. They killed Leroy and his Grandmother who was standing too close to him.  Leroy had foolishly panicked, and pointed a gun at the police!  His death amid the half-finished Voodoo ceremony triggered the immediate transfer of his consciousness to the doll permanently!  A police officer took the unusual-looking doll home for his kids after it was released from evidence. That’s when the supernatural serial killing nightmare began.  The entire family met their maker with horrifying swiftness!

Various unexplained sporadic murders have taken place from then up to present day across North America.  One even in Europe when the doll ended up in a shipping crate on a freighter. Each time someone remembers seeing the murder victims in possession of the doll described as deeply disturbing in appearance.  Various practitioners of magic have also reported being visited by the Leroy Doll as he sought to transfer his spirit to a human body. Most were unwilling, or unable to comply. Unfortunately for him, his original body was cremated by the State when nobody claimed his corpse.  Those who attempted the transference failed and ended up killing the host body!  The host body had to either be his own corpse or a live subject. If successful the host’s spirit would be relegated to the subconscious. They would be trapped in their own mind, and body with Leroy in the driver’s seat! In the end, it was apparent the original transference was botched. It seems Leroy was damned to be a creepy doll for all eternity!

A Spark Of Humor Amid Murderous Madness 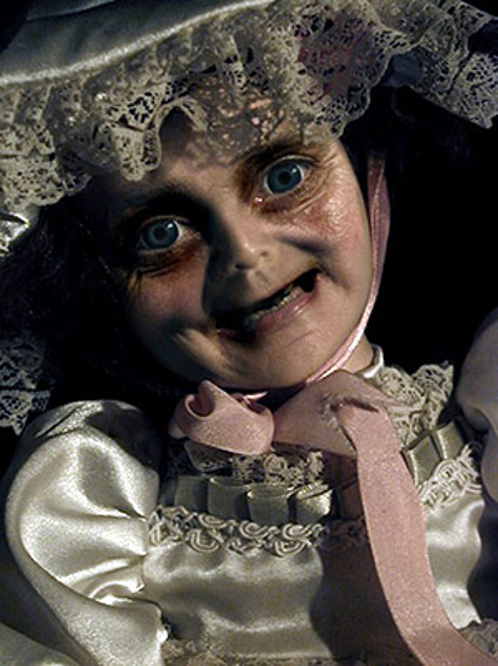 Despite the tragic seriousness of this paranormal menace, there is a humorous side to it.  The doll in question he’s stuck in is a creepy-looking female doll wearing a dress.  It’s similar to the one pictured above.  Imagine that doll walking out of the shadows with that terrifying smile on its face!  Naturally the good folks down at the Child’s Play films altered this true story for the cinema, and made him into a mainstream Chucky Doll[Ad]. The model for Chucky was actually a My Buddy Doll. A doll marketed toward boys made by the Hasbro toy company in the 1980’s. There is some evidence shielded by The Vatican that one such doll may have been possessed by a demon in the late 1980’s. Apparently, it was disintegrated in holy fire!

Beware The Dark Dolls Of Damnation!

Various real supernatural incidents are made into movies to inform the public under the guise of fiction so as not to alarm them. At the least to give them the idea that a doll could be possessed if strange things start happening in their life!  If there’s any hint of a doll moving, or odd occurrences begin when it arrives in your life, then don’t hesitate to trash it! If it re-appears this is a very serious possessed object! You should consult a paranormal professional.  Most likely they will douse the doll in holy oil, and burn it to unholy ashes! Complete destruction is the only way to know for sure the nightmare is over. However, there is always that lingering chance of a dark spirit surviving to possess another!🔪

The Chucky Doll in the video above is 24 inches tall, features a moving head & mouth, stabbing arm action complete with plastic knife, and it says several threatening phrases.  Certainly, this animated creep of a doll would compliment any, and all Halloween festivities along with being quite a year-round conversation piece!  Get Your Very Own Talking Moving Chucky Doll Of Terror!

Chucky The Diabolical Doll Goes To A Fast Food Drive-Thru