Are There Extraterrestrial Alien Santa Claus’s On Other Planets? 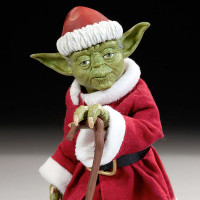 I was born upon this Earth as an Angel-Human Hybrid. Raised by my human Mother, and for the first 73 years I lived as a human being before my Angelic powers were activated.  My home is Earth, and currently I’m simply not meant to operate elsewhere.  That being said my Angel half calls the entire Universe home.  Over my several centuries of existence I have learned of alien plants about the Milky Way Galaxy, and beyond!  Read More At Santa Claus’s Website!

I'm the Demi-Archangel Santa Claus who you may also know as Saint Nicholas, Father Christmas, and Kris Kringle. I'm the holy Saint Of Christmas who stokes the hearth lit ablaze with the Spirit Of Christmas fueled by the goodwill of humankind. Some call me the leader of good on Earth. Many in the supernatural community of light look to me for guidance.
View all posts by Santa Claus →
This entry was posted in Aliens, Christmas, Santa Claus and tagged Extraterrestrials. Bookmark the permalink.