The Entrance To North Pole City 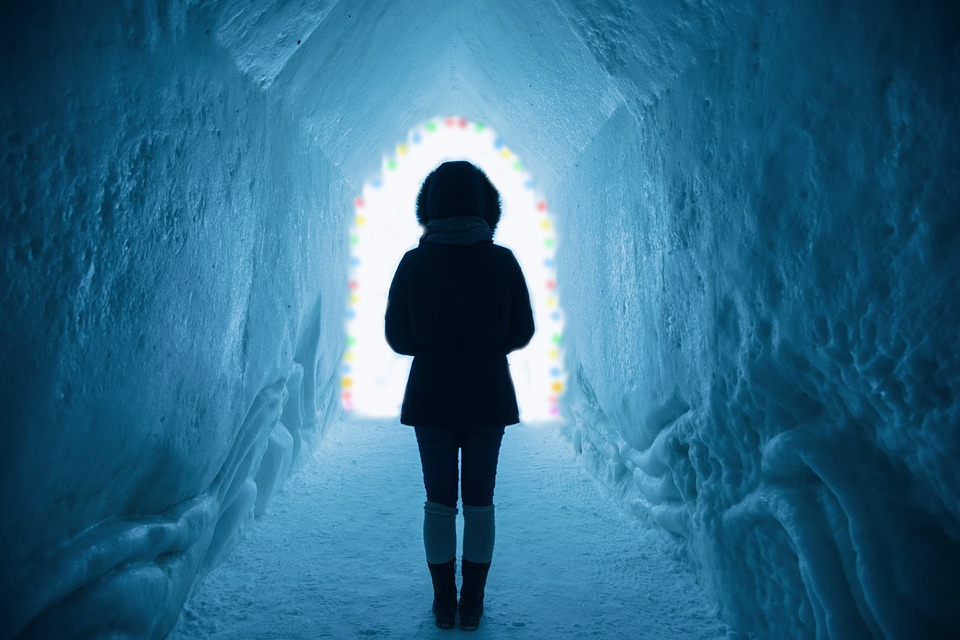 The photo above is one of the secret entrances to North Pole City. Santa Claus’s winter wonderland is under a massive cloaking spell so it’s effectively invisible until you’re several feet away. Utilization of a more powerful cloaking spell has been unnecessary thus far due to the remote polar location. For example, The McTavish International Academy Of Magical Sciences has a carefully crafted cloak that keeps everything 100% invisible and allows anyone to walk through walls without knowing it. Despite the enormous enchanted energy requirement, it may become necessary as human civilization and detection technology grow.  Until then anyone can view the mountainous glacial wall that surrounds the entirety of North Pole City if they are close enough. It gloriously glitters under the holy light of the Christmas Star that also slowly appears in the skies above. You can see even more when the Moon is afoot. Of course, the perpetual Sun of the Summer lights it up like a Christmas tree!🎄

Even with the gargantuan ice wall right in front of you, there appears to be no entry point. One must have the Spirit Of Christmas in their hearts to supernaturally sense the doorways. When you touch the right spot the glacier glows and opens into a cavern that goes several feet with a bright white light at the end. It exits through colored lights into the inner sanctum of the sainted Capital of Christmas. There you are greeted by enchanted Elves along with Winter Nymphs and Fairies. Sometimes others such as Frosty The Snowman and Rudolph The Red Nosed Reindeer will be there as well. When entering North Pole City you feel like you woke up from a dream or perhaps even a nightmare! A feeling of euphoria washes over you as you enter a fantasy world beyond your imagination! The cares and worries of the real world fade away as the magical merriment of the atmosphere carries your spirit aloft to heights of joy not previously known!🎅

🎅As the Founder and President of Mystic Investigations I have dealt with all manner of metaphysical mayhem! However the supernatural beings and paranormal phenomenon of the Christmas season are some of the most magical. Our supernatural crime fighting team has had the honor of being welcome at the Demi-Angel Santa Claus's North Pole City and the horror of battling the diabolical Anti-Claus! This Xmas blog was born out of a deep interest and love for The Spirit Of Christmas! Merry Christmas To All And To All A Safe Night!🎄
View all posts by Xavier Remington →
This entry was posted in North Pole. Bookmark the permalink.
Copy Protected by Chetan's WP-Copyprotect.