Where Should Supernatural The TV Series Go For Season 10?

Posted on December 21, 2013 by Xavier Remington 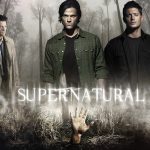 “Supernatural” Season 9 focuses on the Angels raining down to Earth as the seemingly evil Archangel Metatron has seized control of Heaven.  Supernatural is expected to go for 10 seasons so what should a future story line entail?  Each season has upped the ante to an extent by having progressively more powerful paranormal villains to face.  It seems Angels are the apex, and have been around since season 4.  There was also of course the Leviathans, and Death himself who alluded to being almost as powerful as God since he was going to “reap” God someday.  So it seems it’s inevitable that the brothers Winchester eventually meet God.

Update: This article was originally written in 2013. The Winchester Brothers did eventually meet God in Season 11. Season 10 dealt with Dean’s dark demonic journey with the Mark Of Cain culminating in the release of The Darkness.

Who Is God On The Supernatural TV Series?

Now of course there could be even more powerful beings than God on Supernatural. Clearly The Darkness was more than a match for him! The portrayal of the Angels and the information on God seem to indicate that he’s not a true eternal God in which all of reality exists.  We would call that a Macroverse God whose mind contains all of reality, and nothing exists outside him as he is truly infinite.  The Supernatural God is apparently roaming about Earth, and lived in Heaven rather than being Heaven itself.  This indicates that he may not even be the God of the Omniverse which is a collection of multiple Multiverses which are in turn collections of Parallel Universes.  Certainly his Angels seem obsessed with one Universe, and even one Angel appears puzzled by the lack of magic in an alternate reality as seen in an episode called The French Mistake. Angels are such amazing beings that they should be traveling between multiple realities taking care of Gods business.

This leads us to believe that the “Supernatural” God is something like a super powerful version of the Pagan Gods we’ve seen on the show.  He himself could be a rogue Angel from the real Heaven whose hijacked one Universe included the souls he collects in his personal Heaven.  Perhaps a higher God installed him as God, and each Universe has it’s own God.  There’s even the possibility that the Universe is a computer simulation, and God is a computer program, or the avatar of a biological programmer existing in the actual real world.

There’s so many possibilities since it’s clear that the God in this show isn’t omnipotent.  We could see a future season where they actually get to know God, and help him battle some higher dimensional force of even more powerful beings.  Perhaps we could even see the Angels, Demons, and other supernatural entities joining forces to defeat these nefarious beings to save their Universe.

I'm the President of Mystic Investigations. A paranormal crime fighting organization out for supernatural justice in a world full of darkness.
View all posts by Xavier Remington →
This entry was posted in Halloween TV, Sci-Fi, Science Fiction Television. Bookmark the permalink.