Posted on September 10, 2021 by Halloween Haunter 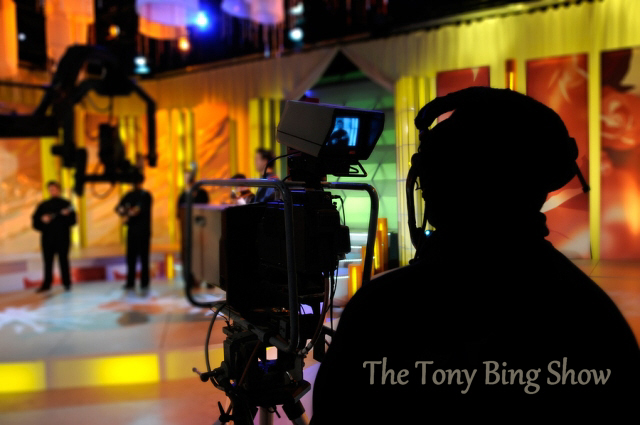 The camera moved in close, but the baby didn’t seem to mind. The chubby infant of indeterminate sex gnawed placidly on a teething ring as it gazed into the lens with vapid, filmy eyes. “Pook!” it said. “Pook, pook. Gabbin!”

“Great!” said the cameraman, and his smile fluttered around the edges. “Just a little footage, that’s all we need. Just enough to show our studio audience what you look like, right little…baby?” His hand stopped in mid-flight on its way to pat the baby’s head, and he wiped his palm on his khakis instead.

“Gabbin!” said the baby. “Pook! Pook!” Its bulbous head wobbled on its spindly neck, and it uttered a vague semblance of a laugh.

Nancy Ellerman shifted her weight on the orange plastic chair in the green room and handed the baby its bottle; tiny four-fingered hands reached and grabbed. Its slack, drooling lips made horrible squelching sounds as the baby took its meal.

“I can’t believe you used to date this Tony guy.” Tasha Lee poked Nancy’s arm as she spoke. She’d come along on this trash TV adventure eagerly enough, but the novelty of being on the set of the Tony Bing Show seemed to be wearing thin. Her expression was one of solemn concern. “He looks shady as hell if you ask me.”

“Tash, it’s all good, trust me. Tony and I went out once and that was it. We just wasn’t compatible, that’s all.” She smeared her lips with glitter gloss and studied the effect in her compact mirror. “I gotta tell ya though, I’d still like to know how he found out about Barry and the baby. The very first day Barry started sayin’ he wasn’t the father—BAM! I get an invite from Tony to the paternity testin’ episode.”

“Celebrities are shady as f*ck.” Tasha crossed her arms over her chest for emphasis.

“Celebrity? Naw, Tony’s more like a TV personality. This show’s not exactly must-see TV, ya know. Straight up ghetto all the way.”

The baby gurgled and burped, and its odd little face softened in post-bottle drowsiness.

“Besides,” Nancy went on, “this is the only way I can prove that Barry’s the daddy of little Pat-Pat. I can’t afford one of them DNA tests, and you know Barry’s broke ass ain’t gonna buy one.” She wiped Pat-Pat’s spit-slick chin, and a wistful look passed over her elaborately made up face. “Damn him. Rotten-ass loser, abandoning his own handicapped child.”

The cameraman fiddled with his gadgets and tried not to pay attention to the latest guests on the Tony Bing Show, but his gaze kept returning to the weird-looking baby lying on its pallet of blankets. Good Lord. No wonder this Barry character denied being the father. I would’ve run screaming into the night myself. he thought.

A stage hand appeared in the doorway then, and crooked a finger at Nancy. “Your turn, Miss Ellerman. Follow me on out to the stage.”

Nancy rose on unsteady legs and checked her hair extensions in the mirror next to the door. “Tash, thanks again for coming all the way out here with me. It means the world, it really does.”

“You betcha. I’ll take care of little Pat-Pat. You getcha butt on out there and hold your head high. The truth will be revealed on the Tony Bing Show!”

Dazzled by the brightness and heat of the stage lights, Nancy tottered on three-inch heels toward s the only empty chair in a trio of three. Tony Bing himself sat in the middle. Barry, her ex-boyfriend of mere months, glowered at her from his chair on Tony’s right. Audience applause roared and hissed in her ears.

Tony Bing arose from his seat and offered Nancy one of his large, square hands. She clasped it briefly and didn’t meet his eyes.

“That ain’t my baby, bitch! You can’t prove sh*t! You’re a ho’ and you always will be!” Barry’s ass lifted off his chair with the force of his words, and he made exaggerated gestures with both hands as he railed at her.

“Oooh!” Prompted by cue cards, the voices of the audience rose as one.

“You know that’s your baby, Barry! You know it is!” Nancy advanced on her still seated ex-boyfriend, slapping her hands together for emphasis. The rhinestones on her acrylic nails flashed and sparkled under the floodlights.

On the huge screen at the back of the stage, Pat-Pat’s unfortunate face goggled out at the enthralled crowd. No sound accompanied the clip, but the deformed baby’s formed the pseudo-words pook and gabbin over and over.

Nancy shifted her lumpy hips from side to side and her spandex miniskirt strained at the seams. “Look! Look at that poor baby, Barry! Pat-Pat been handicapped since day one, and you know all them tests and doctors and special foods don’t come cheap! Welfare or no welfare, you need to step up and be a father to this child!”

Tony Bing adjusted his glasses and tapped a fingernail on his stack of notecards. His eyes ticked back and forth from Nancy to Barry and back again. “Have you seen the baby before, Barry?”

“Hell no, he ain’t never seen his baby before! His dead ass never even tried!”

Nancy was majestic in her fury, and she lunged at Barry with her drug store hair extensions flying. Brawny security guards suppressed their amused grins and stepped between the two ex-lovers.

Nancy and Barry continued to rail and screech at each other while Audience roared and cheered and cat-called. On the enormous screen, Pat-Pat pooked and gabbined soundlessly.

Tony Bing observed the madness with a casual ease, his smooth, unlined face expressionless. A stage hand leaned over and dropped a sealed envelope on his lap, and Bing held up both hands for silence. “Looks like we have our results,” he said, standing. “In just a moment, we’ll find out what we’re all dying to know: is Barry the father of little Pat-Pat? Stay tuned, because…” he cupped a hand behind his ear in anticipation of Audience’s response.

“…the truth will be revealed on the Tony Bing Show!” Audience chanted Bing’s catch phrase, and the show went to commercial. Barry and Nancy returned to their respective corners, and the trash TV host watched them impassively, his porcelain-like face gleaming under the lights.

When the cameras started rolling again, Tony Bing allowed his guests a few more minutes of battle, then held the all-important envelope aloft. Audience and guests went silent. Bing worked a finger under the envelope’s flap; the tearing noise when he opened it was the only sound in the studio. The thousand eyes of Audience glittered in anticipation of drama and scandal. Bing looked down at the card in his hand. “Well, this is most unusual,” he said. “The test results came back…inconclusive.”

“There’s more,” the expressionless trash TV host went on. “The test results show that nothing human is the father of little Pat-Pat.” The laugh that followed wasn’t human either, and Tony Bing brought both hands up and clawed at the sides of his head.

His face fell to the floor with a clatter.

“Pook!” The thing that was Tony Bing gibbered and capered around the trio of chairs and called out to its child over and over: “Pook-pook! Gabbin!”

The screams could be heard all the way down to the Cheapie Mart on 9th Street.

That fall, the Tony Bing mask was the hottest selling Halloween item of all time.

If you enjoyed this story then you may also be interested in C.L. Hernandez’s books at Amazon!

We love all things Halloween! Whether it's glee of trick o treating, the iridescent allure of the autumn season, or the spooky mystique of supernatural beings. Enter the world of Halloween all year round on our All Hallows Blog.
View all posts by Halloween Haunter →
This entry was posted in Halloween Stories, Horror, Monsters, Sci-Fi and tagged Short Stories. Bookmark the permalink.