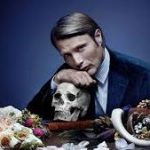 The 2014 Finale of Hannibal, another take on the infamous serial killing cannibal, was a particularly well done psychological thriller–horror masterpiece.  Something not usually seen on television.  If you don’t like the sight of fake blood, and violence then you should probably skip the ending. Despite Hannibal Lecter being on the verge of superhuman status we here at Mystic Investigations would take him down with extreme prejudice!  We wouldn’t make the mistake of sending him to prisons for the criminally insane where he tends to escape from.  Hannibal would be sent to the cloaked stronghold of the Amazon Warriors in South America where the lovely ladies of Goddess descent would take his murderous arrogance down a peg or two!

We love all things Halloween! Whether it's glee of trick o treating, the iridescent allure of the autumn season, or the spooky mystique of supernatural beings. Enter the world of Halloween all year round on our All Hallows Blog.
View all posts by Halloween Haunter →
This entry was posted in Halloween TV, Horror, Serial Killers and tagged Hannibal Lecter. Bookmark the permalink.