Denmark & Other Nations Attempting To Lay Claim To The North Pole

Posted on October 9, 2018 by Xavier Remington 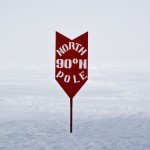 There’s a battle looming for control of the North Pole! The United States, Russia, Canada, and Norway all mistakenly believe they have a right to it. They are chasing potential oil and gas, but could distant Denmark have a reason that’s closer to home?  Read The Rest Of The Story Here.  Nobody has a right to claim the North Pole as their own because Santa Claus and his sovereign city-nation of North Pole City already have the rights to it.  According to the United Nations, sovereign countries have exclusive economic rights to anything 200 nautical miles from their borders. This should include North Pole City. The United Nations and the governments of the world are well aware of Santa’s existence but they, of course, refuse to acknowledge his existence publicly. There is a general policy among governments to keep the paranormal world hidden from humankind.  Santa himself can’t attend UN meetings due to the Supernatural Secrecy Pact.

rights.  Part of it is an excuse to allocate large funds to locate North Pole City and tap into its Angelic powers for the purposes of diabolical global domination.  Certainly, the governments of the world have always sought to capitalize on the world of the supernatural but rarely have they been able to harness its awesome powers.  Thankfully the magical Christmas cloak that hides North Pole City from the world is far beyond anything technology could break.  However, occasionally Santa has to renew the large-scale magical spell when the forces of evil go all out to send its dark powers upon him!  For that brief time, there is a potential for governmental detection. Coincidentally on July 25, 2016, there was an incursion into North Pole City by United States top-secret forces!  Forces from the US Paranormal Defense Agency.  Clearly, they had been lying in wait for quite some time hoping they could detect Santa fortress of Christmas cheer! Thankfully their brief incursion caused no harm and they were unable to capture Santa or gain any power. [Twitter]

🎅As the Founder and President of Mystic Investigations I have dealt with all manner of metaphysical mayhem! However the supernatural beings and paranormal phenomenon of the Christmas season are some of the most magical. Our supernatural crime fighting team has had the honor of being welcome at the Demi-Angel Santa Claus's North Pole City and the horror of battling the diabolical Anti-Claus! This Xmas blog was born out of a deep interest and love for The Spirit Of Christmas! Merry Christmas To All And To All A Safe Night!🎄
View all posts by Xavier Remington →
This entry was posted in Christmas News, Christmas Stories, North Pole and tagged North Pole City. Bookmark the permalink.