Posted on October 17, 2020 by Halloween Haunter

What is it about clowns that can simultaneously bring joy, and terror at the same time? It’s the familiarity of the human form melded with the unsettling nature of their outward cosmetically altered appearance. Mix in some nutty behavior and it’s creepy time!  In the paranormal world, the darkest clowns of all time had to be the Cowlin Circus Cult. They were a group of terrifying outlaw clowns who operated throughout the 1960’s, and into the early 1970’s. These calamitous clowns worshiped a demon named Cowlin to attain power.  Their specialty was sacrificing innocent hippies by night on a diabolical demonic altar within their dark abandoned prison hideout! 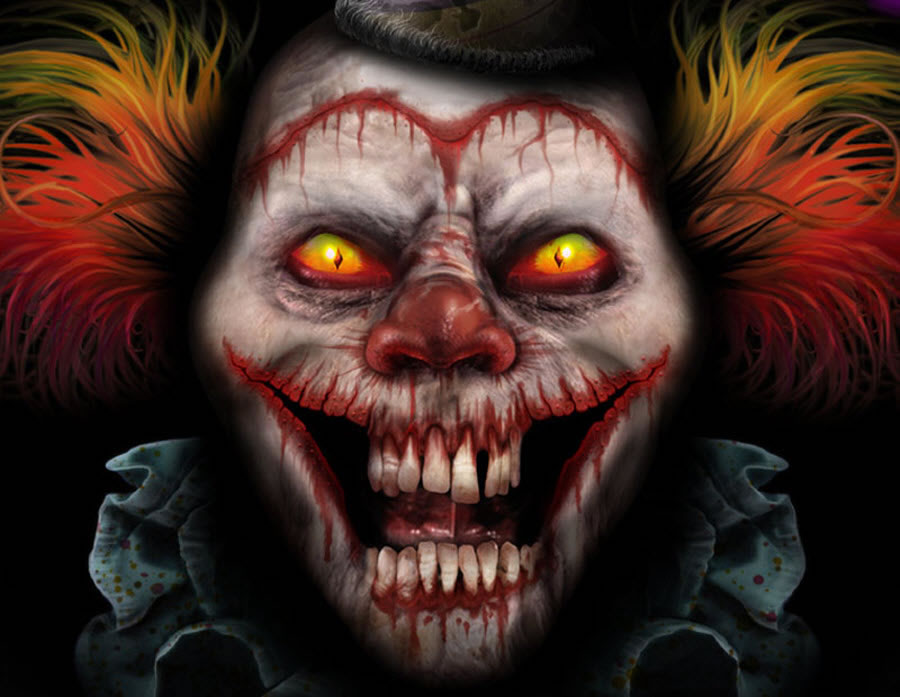 Amazingly by day, they would perform for children at carnivals, and circuses without touching a hair on their heads. It’s plausible the clowns realized they’d probably have more people after them if they went after kids rather than hippies. Quite often such free loving non-conformists were disowned by their families and would plausibly not be missed. There’s also the fact that sacrificing kids can have unintended cosmic karma repercussions. Overall they truly enjoyed being real clowns but wanted to be taken seriously rather than being considered a joke. They lusted for real paranormal power!

The Horror Of The Cowlin Cult Ends! 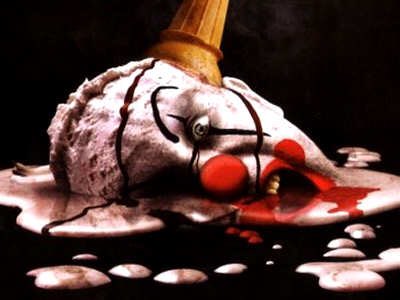 On Halloween, and under most Blood Moons, they would actually shapeshift into horrifying looking clowns without the use of make-up, red ball noses, prosthetics, wigs, etc.  They even had razor sharp teeth to sacrifice hippies directly via consumption! These killer creatures were truly a species of supernatural clown during those moments of enchanted evil the Demon Cowlin provided.  Thankfully for innocents everywhere they ran across a group of vampire slayers in 1972 who dispatched the clown cult with extreme prejudice! They then proceeded to burn the prison to the ground in holy oil & fire!  The Demon Cowlin has never been heard from since! The few ghosts that formed from the dead clowns were promptly exorcized as well! Interestingly enough, Cowlin Circus Cult never tried to join up with the infamous Klaus Kane Clown Cult that is still operating on a global level to this very day! They are the quintessence of clown darkness!

Whether you’re looking to exude terror or merriment a clown costume might be right for you this Halloween season. Shop here to find the clown costume of your dreams or nightmares!

We love all things Halloween! Whether it's glee of trick o treating, the iridescent allure of the autumn season, or the spooky mystique of supernatural beings. Enter the world of Halloween all year round on our All Hallows Blog.
View all posts by Halloween Haunter →
This entry was posted in Halloween Costumes, Halloween Shopping and tagged Clowns. Bookmark the permalink.