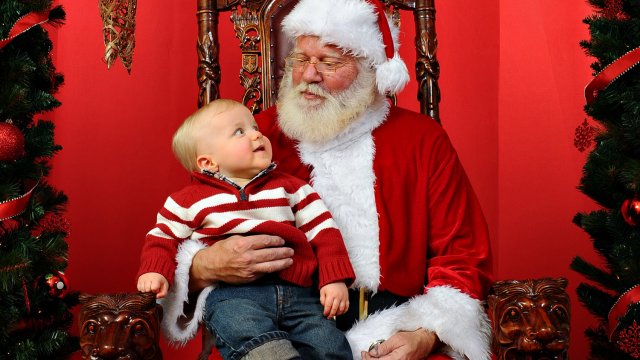 Here’s an except from our new Christmas blog about my personal experience with Santa Claus.  You can read the whole entry at: http://mysticinvestigations.com/christmas-blog/what-did-i-get-from-santa-last-year/

As you may have previously read on other parts of our website, Santa mainly doles out gifts to adults, and kids who are members real supernatural community. Those who fight against the forces of evil whether they have paranormal powers or not. The Spirit Of Christmas compels parents, and others to give gifts in his name. Unfortunately he is bound to remain hidden from humankind courtesy of the Supernatural Secrecy Pact.  It wasn’t that many years ago that I had no clue about this.  Rebecca Abernathy, my girlfriend, and resident demi-mermaid witch, told me about this because she’s been in the world of the supernatural since she was a small child.  I thought she was just joking, and I didn’t really believe Santa Claus existed. Nor even the legends about the Anti-Claus.

Then one fateful Christmas I found a gift from Santa under my tree.  I assumed Rebecca put it there but I was impressed by the craftsmanship and detail of the wooden remote controlled boat. It was something I had a dream about as a child. I even asked for it in the quintessential letter I wrote to Santa Claus. My parents did get me a remote controlled boat but it was made of plastic, and not anywhere as intricate in detail.  I thought getting the boat I dreamed of was just a coincidence.  Then the next year I hid in the living room on Christmas Eve, and sure enough I heard sleigh bells ringing, and the noise of several sets of hooves prancing around my roof.  To my utter shock Santa came down the chimney in a magical spectacle of dazzling lights.  Amazingly he rolled right out of the roaring fire ablaze in the hearth.  Despite dealing with real vampires, werewolves, zombies, warlocks, and poltergeists up to that point, I still couldn’t believe that Santa Claus was real…Story Continued Here.