I’m Drake Alexander, Executive Vice-President of Mystic Investigations.  This morning Rebecca Abernathy, our Chief Financial Officer, was going to Woodland Springs Savings & Loan to deposit a large sum of cash we just received from an important client.  I needed to retrieve something from my safety deposit box so I offered to drive her there. Being a 5th generation vampire makes one want to avoid the deadly rays of the holy sunlight.  However, my car, a Silver Aston Martin V12 Vanquish, has been customized with special unholy glass which basically accomplishes the same task the Moon performs. Turning holy light into unholy light that is safe for vampires and all creatures of the night with demonic DNA.

The Savings & Loan is my bank of choice in town due to the large canopy over the front entrance that faces north.  I was able to pull right up to the door and get out quickly.  As a VIP customer, I can park there due to the millions I keep in the bank.  Once inside I was led to the vault where I accessed my safety deposit.  Meanwhile, Rebecca was at the front counter forking over the sack of cash containing $50,000.  The bank teller asked her, “Did you earn this from modeling?”  Rebecca jokingly replied, “Oh yes they throw cash at my feet on the catwalks of Paris, and Milan!”  They both chuckled as a black van pulled up behind my car. Two sinister-looking men got out wearing military fatigues with sunglasses. They briskly walked in while looking about nervously.  A third man stayed at the wheel of the van.

Rebecca immediately looked over as one man strolled up to the counter, and the other stood in the middle of the bank.  He then pulled out an AK-47, and shot it into the air while bellowing, “This is a robbery bitches! Everyone! Hands in the air!”  Plaster fell from the ceiling as people screamed, and Rebecca was simultaneously grabbed from behind with a handgun placed to her head.  The man holding Rebecca hostage then declared to the teller, “Give me all the cash in your drawers, or the redhead gets it!  And don’t even think about pressing the alarm button, or throwing that dye pack crap in there!”

Rebecca then calmly told the guy, “You’ll never get out of here alive!”  He laughed, and yelled to his accomplice, “Hey we got a tough chick here!  Let’s take her with us, and have some fun huh?”  They both started cackling snidely.  The man with the machine gun ordered everyone into the vault along with the bank manager. He was ordered to open the secondary vault in the back that contained all the cash, and gold bars.

I immediately leaped to the ceiling and propped myself above the first vault door as shaken men, and crying women came milling in.  Once the armed man appeared below me I pounced on him relieving him of his firearm and throwing him into the metal wall knocking him out cold.  The bank manager then exclaimed, “Thank God you’re here Mr. Alexander!”  Everyone in the vault was gasping in shock, and I said, “I used to be in the special forces.”  Great cover for public use of super strength.

At the same time outside the vault, two tellers were loading up a bag with cash for the second robber still holding Rebecca at gunpoint.  Just then a toilet could be heard flushing as a beer-bellied sixty-something man in a security uniform came walking out. He volunteered too much information by saying, “Man that breakfast burrito was……gggguuuunnnnn!”  He was the overweight Barney Fife of bank guards who drew his revolver that quaked in his hand with fear.  The robber then yelled, “Drop the gun old man or the chick gets it!”  Rebecca feared for the old man’s life so she pretended to plead for help.  “Oh please drop the gun!  I don’t want to die, sir!”  Really though a Demi-Mermaid Witch like Rebecca never fears for her life at the hands of mere mortals!  Unfortunately, she could not use her powers with all the security cameras on her.  The guard dropped his gun and hit the deck.

The robber had his cash as the tellers were motioned to the vault.  He screamed, “Hey Harvey what the hell is taking so long in there?”  The second he let his gun droop down from her head Rebecca elbowed him with her Demi-Mermaid strength while simultaneously grabbing his arm to yank the gun away.  The malevolent man was on the ground as Rebeca threw the gun in a trash bin nearby.  She smiled slyly down at him as I walked up beside her grinning.  Although he unexpectedly whipped out a handgun and shot me! The bullet merely bounced off my chest but it ruined my beautiful silk shirt!  My eyes glowed crimson, and I growled displaying my fangs as I shot down on him.  I sank my teeth into the filthy fiend, and he screamed like a baby while I drank his blasphemous blood.

Rebecca noticed a figure run from the front door of the bank.  It was the getaway driver who saw his buddies had failed.  He sped away as Rebecca ran outside, and looked around cautiously before yelling, “Mystic Sphere!”  A translucent sphere of pink energy formed around her as she commanded, “Dissulto!”  Her and the mystical energy sphere took to the air after the dark van.  As he drove out of the parking lot past a grove of trees she was exposed to the general public and took to the open skies to follow the criminal from high above.

Meanwhile back in the bank, I had to hypnotize the other robber to forget I was a vampire.  I gave everyone the all-clear signal as the bank manager, employees, and customers came out with a sigh of relief amid their rattled state.  I asked the manager to call Sheriff Blake Maverick since he’s a friend of mine.  He would take the video footage into custody, and make sure the portion where I exposed my vampire nature was magically turned to static.  I secured the two criminals in handcuffs provided by the security guard who had clearly soiled his pants in sheer terror.  I could only pity him.

At this point, the black van was on a rural road headed into the Mystical Forest so Rebecca descended rapidly from the clouds, and landed right in front of the vehicle speeding toward her at about 80 mph or so.  When he saw her inside the otherworldly pink bubble he panicked and floored it.  Rebecca just stood there calmly with her hands at her hips like the hot super-heroine that she is.  The vehicle crashed into the sphere crushing the entire engine and smashing the glass sending the robber out with it onto the pavement.  Rebecca released the Mystic Sphere and walked over to the bleeding man who was only superficially injured due to Rebecca allowing him to fall through her sphere thereby decreasing the momentum of his fall.  She called an ambulance and the Sheriff.  She also called to inform me all was well.  Before the authorities arrived she performed a little hypnosis of her own to make the man forget her magical powers.

While I got to deal with the pleasant Sheriff Maverick Rebecca had to deal with the rotten Police Chief Spencer Cantrell who naturally intercepted the 911 call.   Chief Cantrell has long criticized Mystic Investigations as a “bunch of paranormal vigilante loons”.  He walked over to Rebecca as his men took the injured robber into custody, and over to the ambulance.  Cantrell then snidely exclaimed, “Ah yes the beautiful Miss Abernathy. If only you’d wise up, and stop hanging around those miscreants at Mystic Investigations.  Enough of this vigilante crap!  Why don’t you go to the police academy, and join my force baby!”

Rebecca was a little taken back by the pathetic police chief’s advances as he’d never shown anything but disdain for everyone at our paranormal investigations firm.  She then sarcastically replied, “In your dreams little man!” Rebecca was an inch taller than him. More so in her high heels.  He countered, “Screw you b…..”  as I raced up just then, and Cantrell muttered jealously, “Oh the big James Bond wanna-be is here to save the damsel in distress.” Spencer walked back to his police cruiser and shoved a jelly donut in his mouth while I drove Rebecca back to Mystic Investigations.  Trouble always seems to find us, and we’re glad to swat it down supernatural style! 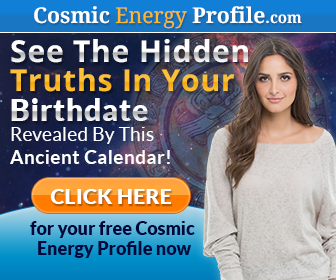