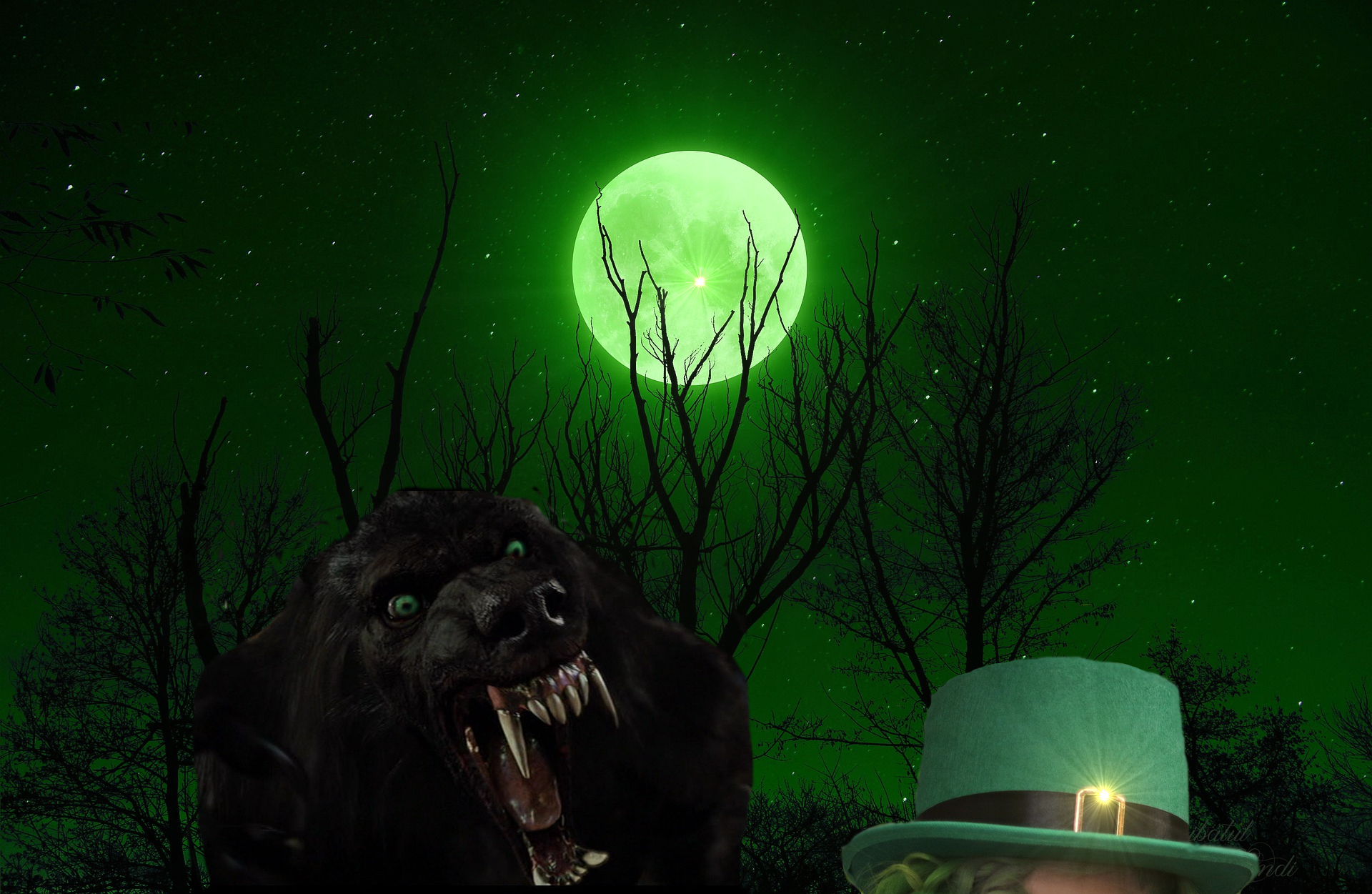 A Lucky Storm Moon Werewolf Warning is in effect for the entire Earth! The Storm Moon of March encompasses the metaphysical energies of the month’s chaotic weather as winter transitions into spring. This often produces more aggressive Werewolves who will readily go after humans in populated areas. This happens more often when stormy weather is present. Thankfully, the righteous luck of Saint Patrick’s Day is still afoot along with little Leprechauns scurrying about with glee. Under this Moon, various Lucky Charms will work to repel Werewolves in addition to the normal repellents. Also, places with plenty of Shamrock growing tend to be devoid of Werewolves. The general luck of the Moon itself will cause many people to just miss running into a werewolf by sheer chance!🍀

In areas where the March Moon appears to be an enchanting emerald, there may be Lerpechauns scurrying about. However, there could also be Witches, and other magical practitioners, tapping into the enchanted energies of good fortune. A Leprechaun Summoning Spell will work best under these circumstances if you are in need of help from an especially ferocious werewolf. If a werewolf has green glowing eyes it indicates they are under the thrall of a Leprechaun or good witch. When the blasphemous beast has glittering gold eyes then it has swallowed one or more of a Leprechaun’s gold coins for whatever reason. The werewolf is now a lucky charm and will most likely turn back to human form for the duration of the Full Moon. You can rest easy in these cases. However, never let your guard down in the presence of a monster!☘️

🗒️Note: If you’re a werewolf who swallowed gold Leprechaun coins then you will most likely pass them in human form at some point. Don’t flush them down the crapper! Hold on to them as a Leprechaun will collect them. To deny him his coins is to face his wrath! Even a handful of coins isn’t enough for the three lucky wishes. You need the whole pot of gold for that. Although, he will most likely imbue you with luck for quite some time thus freeing you from the werewolf curse for a decent period of time.🐺