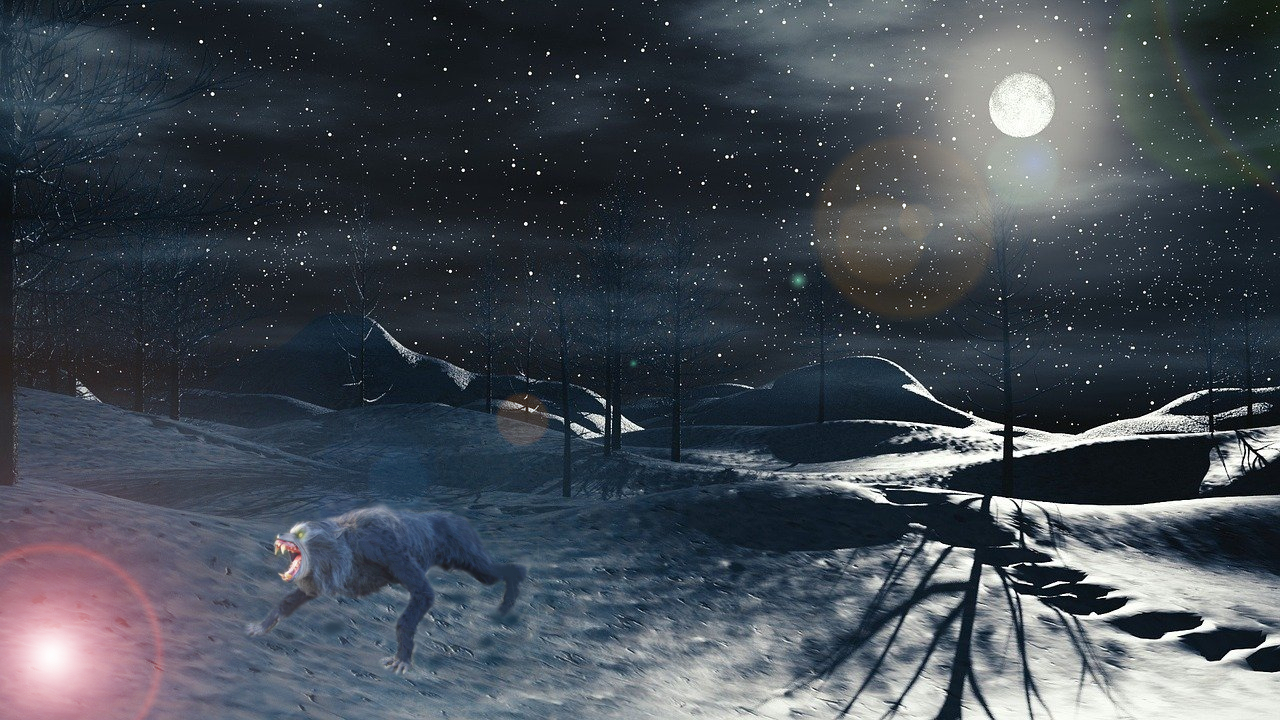 An Ice Moon Werewolf Warning is in effect for the entire planet through March 3rd, 2021! This is due to the fact that some Werewolves can transform into mad monsters even when the Moon is 80% full. The older the werewolf the more resistance they have against the metaphysical lunar energies that trigger the transmutation within their demonic DNA. Although the light of the Silvery Moon is of great hypnotic allure to the Werewolf it doesn’t have to be present for them to be made horrifyingly hairy. So be on alert even if the night skies are cloudy! You could possibly become a delightful dinner or a member of the supernatural canine species! 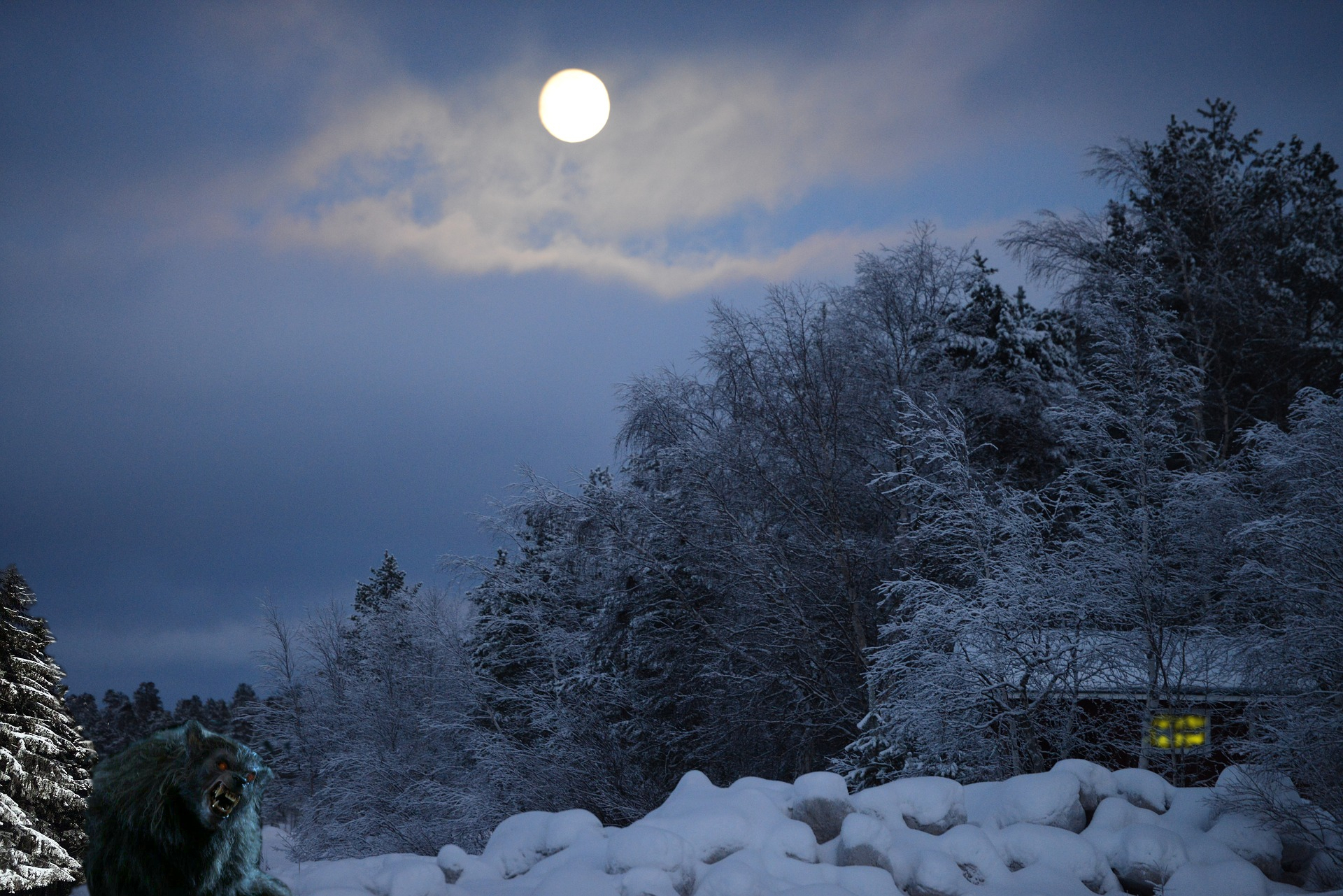 Each month an armada of higher dimensional beings battles for lunar supremacy. There isn’t simply one lunar god or goddess but at least a few have a huge hand in every Moon. Although non-sentient Holiday Spirits can exert so much enchanted energy that they inadvertently override conscious beings!  That is caused by such Spirits being the products of the Human Collective Consciousness. To control the paranormal power of the Moon is to have supernatural sway over a great many Earthly entities and magnificent magics. This of course includes Werewolves who can exhibit varying traits with any given month’s Moon. This month there are some lunar goddesses and winter deities who have balanced command of the Moon. Chiefly among them is the primordial Winter God Jack Frost. This is true even in the Southern Hemisphere where it is now Summer. Higher-dimensional beings are reliant on the souls of humankind and 90% of them reside north of the Equator where winter is in serious session. Most of the land is also there as well.

The Ice Moon will present more active Werewolves in colder regions. The chilling energy of the Ice Moon ironically stokes the flames of angry aggression within the werewolf’s heart. It’s a fair bet Polar Bears will be having quite a few sleepless nights into the first days of March! We recommend staying indoors on wayward winter nights. Especially during crisp snowy evenings from dusk to dawn. This is the natural habitat for the Abominable Snowman Yeti. They travel about the wintery north following winter weather until spring forces them back to the Arctic. When a Werewolf and Yeti meet it quickly escalates into a bloody battle the likes of which you can’t even imagine in your worst nightmares! If it happens in your presence it is actually lucky since they won’t even notice you and it will be easy to run away to safety!

How To Repel Werewolves And Yeti 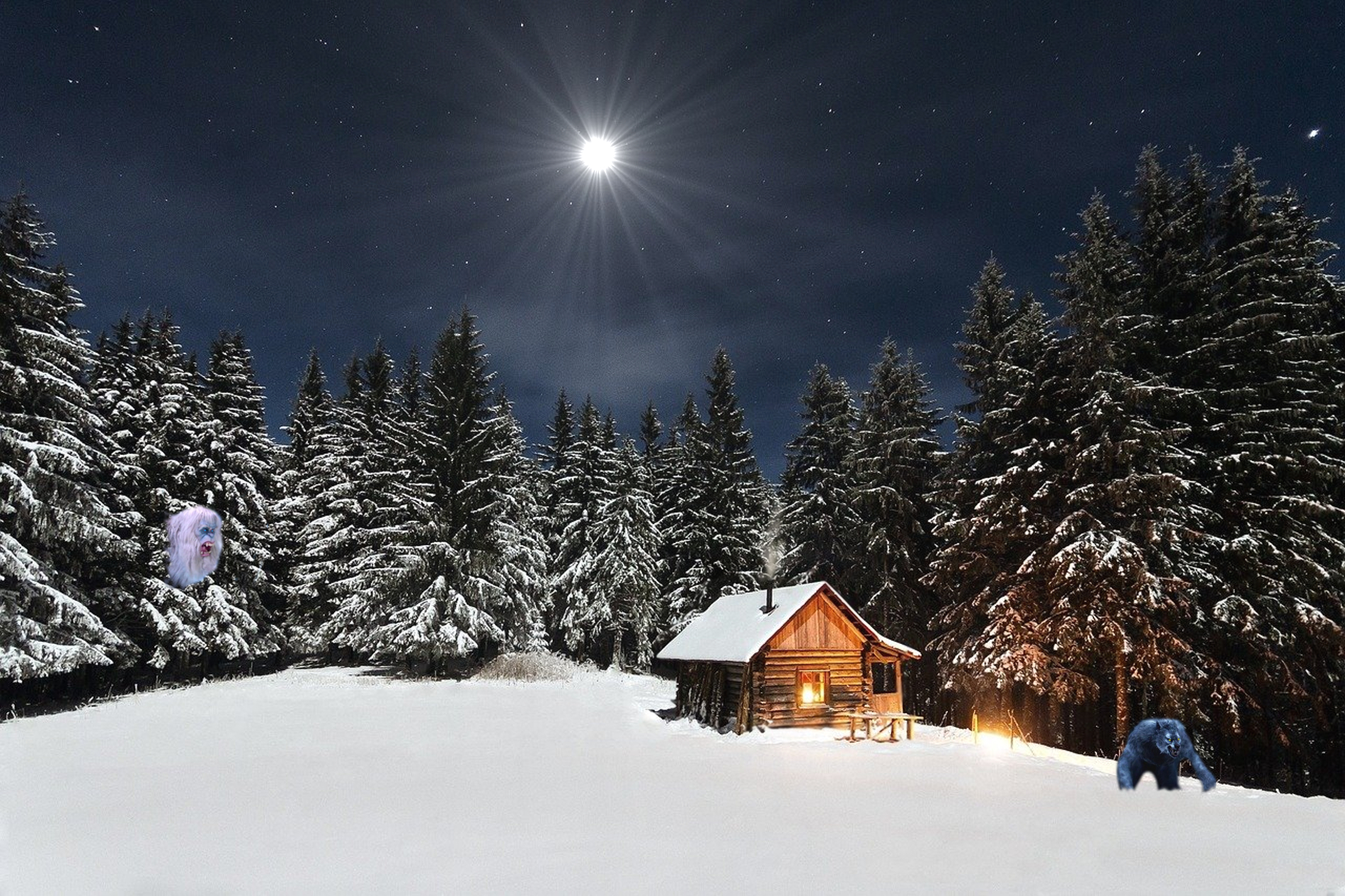 Werewolves are repelled by various religious artifacts, silver, and wolfsbane. The Yeti can be kept at bay with a small shrub called Arctic Willow (Salix arctica), the northernmost woody plant on Earth. That needs to be mixed with Reindeer Lichen (Moss) (Cladonia rangiferina), an Arctic fungi, along with Antarctic Pearlwort (Colobanthus quitensis). The carefully constructed concoction has been shown to repel the Abominable Snowman long enough for them to lose interest in hunting you down for dinner.  On these Ice Moon nights, we suggest mixing all this with holy water, wolfsbane, and colloidal silver. Then load it into a Super Soaker so you can squirt the hell out of either blasphemous beast!🐺