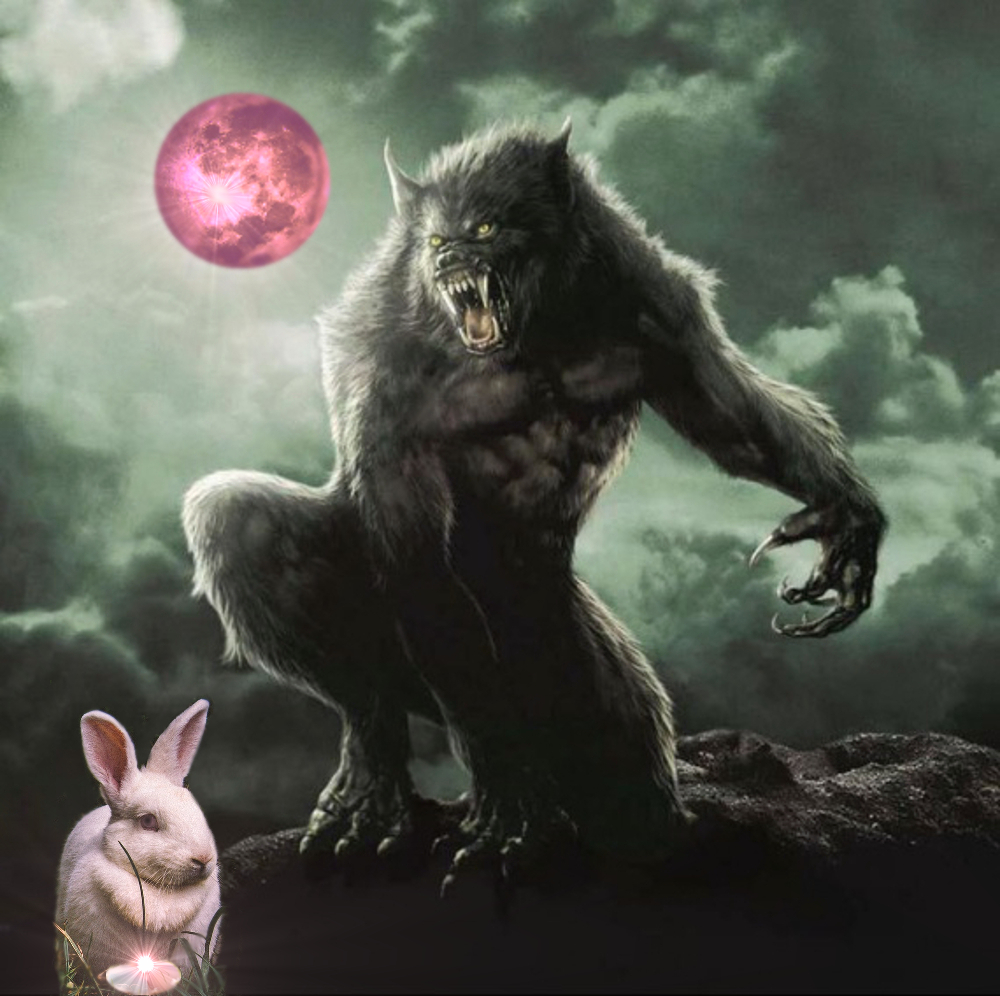 The Full Moon of April is most often known as the Pink Moon due to the first flowering foliage of spring being pink in color. Although this month it’s the Pink Supermoon. Under a Supermoon, Werewolves are extra aggressive and will hunt down humans outside of their normal rural haunts. They will brazenly enter populated areas in search of live dinner! These angry hounds of hell will be hulked up even more so than their normal monstrous selves! Due to the Moon being closer to Earth they will have double the strength, speed, agility, and senses. Werewolf Repellents will still work but won’t be as effective.🌕

That being said, this is a Pink Moon which means it has the calming effect of the Easter Spirit and Spring Nature Deities. it is often the second safest Full Moon next to the Christmas Yule Moon. With the Supermoon in play, you should still expect enhanced Werewolves yet they shouldn’t display the extra aggression unless provoked or startled. However, beware of places where the Easter Spirit is low and civilization has pushed Mother Nature away! Hostility should be far less in areas where the Moon actually appears pink. This indicates the Spirit Of Easter is strong in your area or advanced magic is being practiced by good witches. Magic drawing upon said Spirit or the Spring Goddesses. There is also some evidence that wearing pink may cause werewolves to seek their Midnight snack somewhere else!🐺