Posted on December 4, 2014 by Halloween Haunter

Another installment of assassination robots from the future out to terminate Sarah Conner, and her son John Conner whose the leader of the future rebel resistance in a war between humans and machines. Terminator Genisys is set to hit theaters July 1, 2015.  The movie encompasses a change to the entire history of the franchise due to repeated time travels into the past by Skynet Terminators. 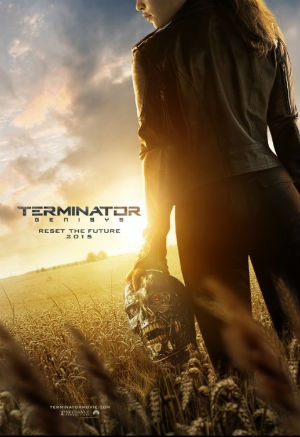 We love all things Halloween! Whether it's glee of trick o treating, the iridescent allure of the autumn season, or the spooky mystique of supernatural beings. Enter the world of Halloween all year round on our All Hallows Blog.
View all posts by Halloween Haunter →
This entry was posted in Science Fiction Movies and tagged Terminator, Time Travel. Bookmark the permalink.