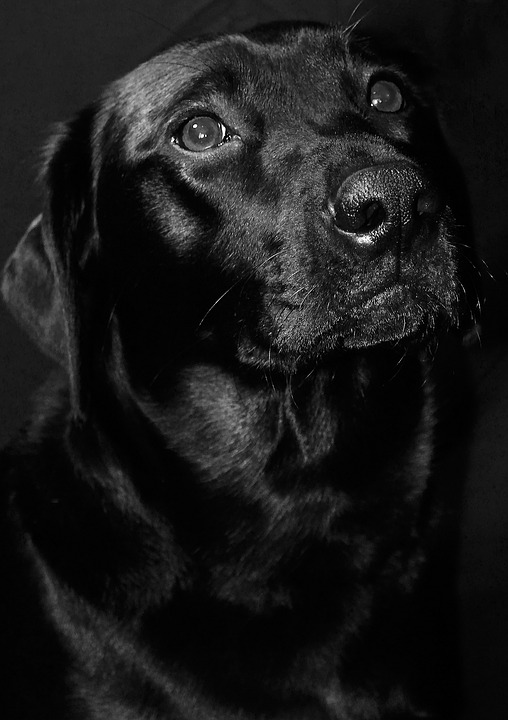 On National Dog Day some of the Mystic Investigations team volunteered at the local dog shelter. While there our Demi-Mermaid Witch Rebecca Abernathy sensed one dog wasn’t quite right. Her Zoopathic animal communication powers told her a Black Labrador Retriever had a human mind! Our Psychic Julia Hathaway walked in and said the same thing! They communicated with the man dog and he telepathically said a Gypsy turned him into a dog after he accidentally hit her dog with a car. They kidnapped him right out of the vehicle and held him for a week until their transmutation ritual was complete. Indeed this was the man reported missing a week ago. His name is Pepe Hernandez.

We officially adopted the dog and brought him to Rebecca’s witches lair in the sub-basement of Mystic Investigations headquarters. In concert with our Cryptozoologist Dr. Ashley Abercrombie we attempted to return Pepe to human form. Things might have been a lot easier if his consciousness was simply transferred to a dog and his body was still intact. Unfortunately, it was a complete transformation that requires deeply dark powerful magic of a complicated sort. It was also intertwined with a curse making things even worse. Rebecca simply couldn’t reverse the curse-ridden spell! Dr. Abercrombie looked into using an experimental shape-shifting formula but we risked turning the man into a pile of biological goo!

We visited the Gypsy at her local encampment on the edge of the Enchanted Woodland. Her name was Vadoma and she was the leader of the gypsies who had only arrived in town three weeks ago. We respectfully reasoned with her to change Pepe back. I also asked why she didn’t bring the dog back to life if she had such power. She angrily refused to turn the man back and then admitted she did resurrect the dog! Vadoma stubbornly exclaimed,”Nobody screws with the Gypsies! He shall remain a canine for the remainder of his dog life!” Clearly, that would be less than a decade!

Rebecca started to get mad! I could see her enchanted eyes beginning to glow green with powerful witchcraft magic. However, I knew messing with Gypsies, in general, was a really bad idea and these particular ones seemed to have immense power! I calmed her down and we left empty handed. While the rest of the team walked away I apologized to the Gypsy for agitating her as I wasn’t interested in her cursing us! I implored her one last time to perhaps change Pepe back in a year or two. She roared,”No! He made my precious dog Timbo suffer! Mr.Hernandez will die like the dog that he is!” I lowered my head in silent respect as I bid her farewell. Now the man-dog named Pepe is our new watchdog until we can cure him! Hopefully, these Gypsies won’t cause any more trouble or we will be forced to deal with them the hard way!

One Reply to “The Dog Man And The Gypsy”