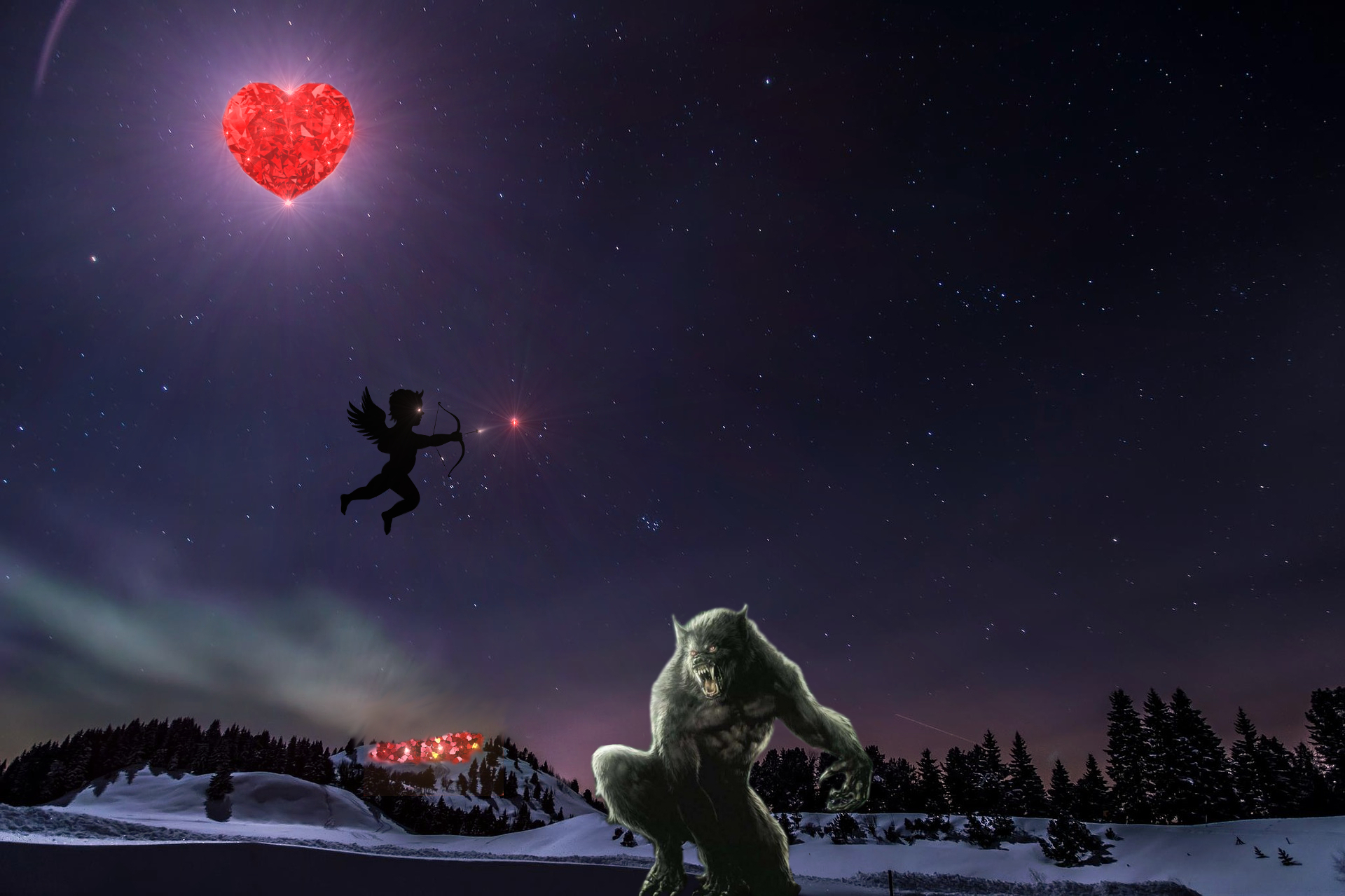 In the supernatural world, the Full Moon of February is most often known as the Ice Moon. This is due to it usually coming under the command of Winter Gods such as Jack Frost. When it shines close to Valentine’s Day then authority over its enchanted energies falls into the loving hands of Saint Valentine. This also includes his cavalcade of Cupids and the Love Goddess Aphrodite who he is allied with. This Valentine’s Moon thaws the icy heart of winter and may bring some warm weather. It radiates love to all ready to receive it as both Cupid Angels and their nature deity counterparts spread adoration throughout the world. In particular, they seek to pair up soul mates who wouldn’t ordinarily find each other.❤️

The Werewolf Outlook For The Valentine’s Moon 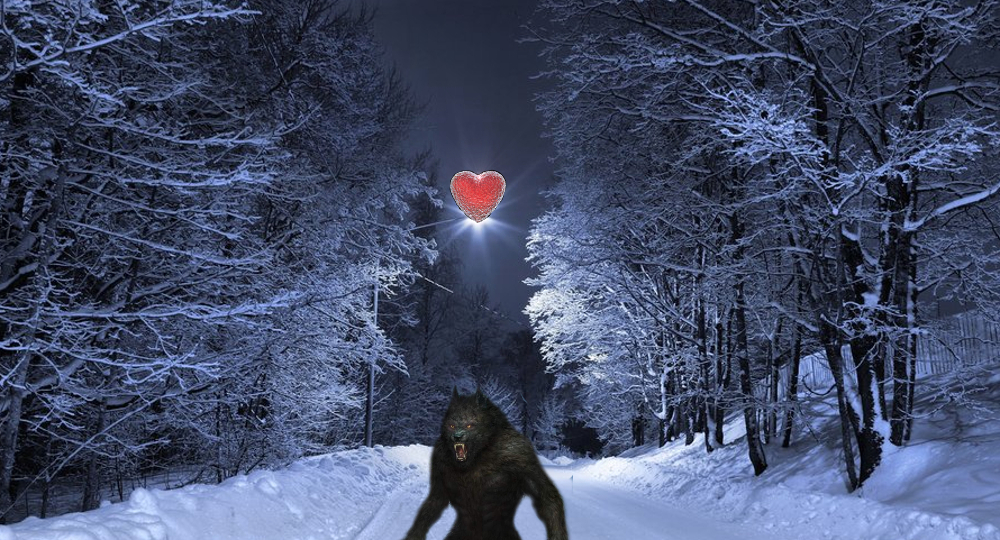 The Valentine’s Moon will greatly reduce werewolf activity via its virtually holy rays of loving lunar light. Those who have been Werewolves the longest tend to develop some resistance to the Moon’s sway over their demonic DNA. So, expect older werewolves to not transform into hairy horrors. The younger ones will still become full-fledged werewolves each night until the Moon is below 80% of Full. Thankfully, they will be far less ferocious in hunting down humans for prey. Many will be mesmerized by the moonlight until disturbed. If a werewolf spots you then its natural instinct to eat you alive will kick in! Most Werewolf Repellents will work far better than usual. You may also add Valentine Charms[Ad] and other related objects to the mix. Anything heart-shaped will aid in keeping Werewolves at bay under this magnificent Moon. Especially a silver or even a Ruby Heart[Ad]. In addition, the power of the Valentine’s Season affords you the right to call upon a Cupid for help if a werewolf attack is imminent. The Cupid will most likely shoot the wayward wolf with an arrow of love thus causing it to remember its humanity and leave you alone.💘

The Negative Side Of The Valentine’s Moon 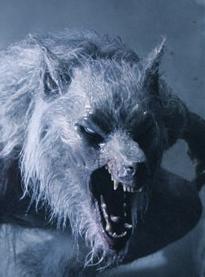 Unless they’re a member of a pack most werewolves steer clear of each other or attack with a vengeance! Within a pack, they often have control of their transformations and persona as a werewolf to some extent. Certainly, the pack as a whole keeps each other in check. The natural instinct of werewolves never involves mating in their devil dog form. Such an act creates an abomination! A creature of pure evil that has no human form. An eternal werewolf with zero humanity and the demonic instinct to kill anything that moves! The amorous energy of this Moon will compel werewolves to mate and birth forth the alarming albino werewolf of death! Luckily, it is rare that non-pack werewolves would come across each other. Only by sheer coincidence would they meet the opposite sex. Werewolf Hunters will be out looking to discourage such disturbing incidents for the protection of all! 🐺