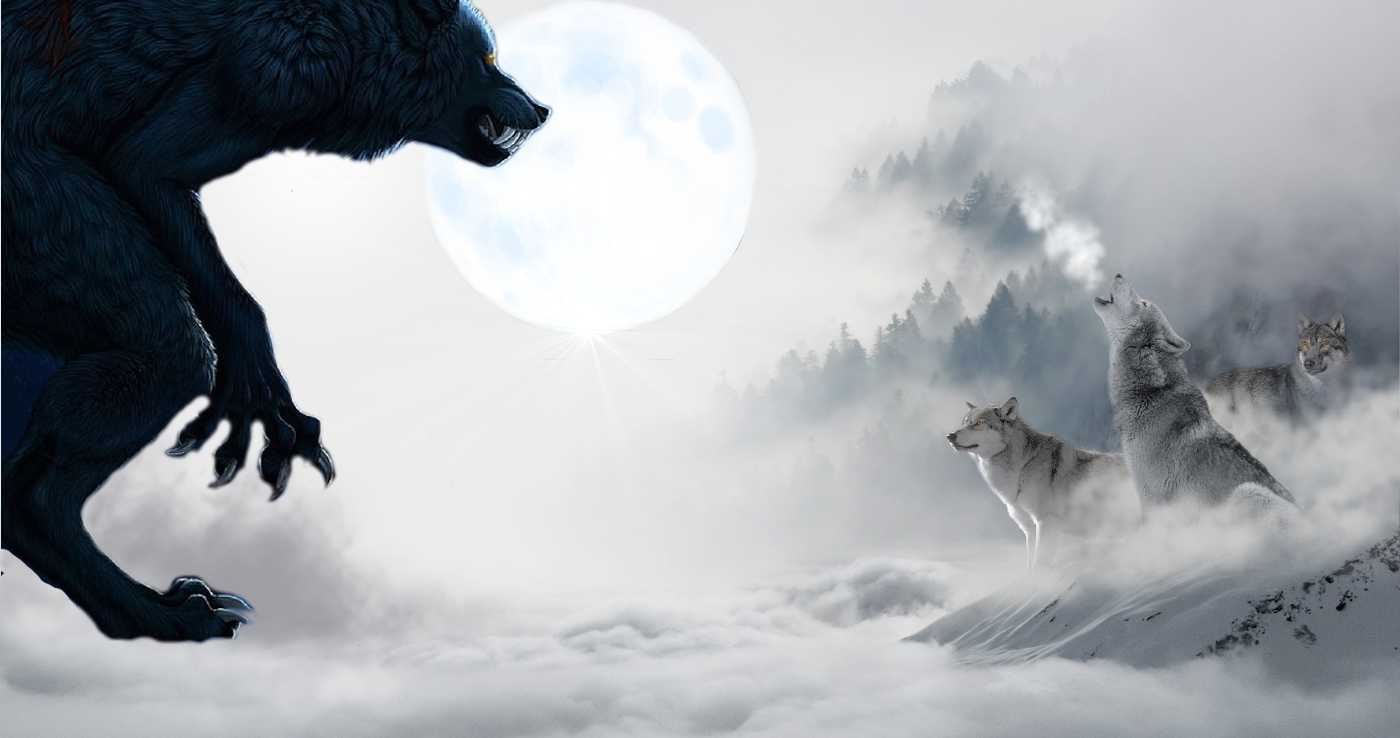 The enchanted energies of this January’s Wolf Moon are under the command of various Wolf Deities of indigenous people. Native American Gods in particular have strong sway over lunar luminosity. Unfortunately, this mingles metaphysically with the Werewolves demonic DNA which compels them to form rabid Werewolf Packs. Generally, Packs are only a thing with those who can control their transformations and even maintain their human persona in monster form. This is most prevalently seen within Native American tribes. Otherwise, most Werewolves are loners. Under this Moon, all Werewolves within a certain distance will coalesce together and fight to form the pecking order of their Packs. This includes the Alpha, Betas, and Omegas. They will then have hypnotic control over actual packs of various wolf species. Together they will hunt down anything that moves including Humans!

An interesting additional element to this lunar cycle is the fact that it falls on Blue Monday which is considered the most depressing day of the year. This is caused by melancholy deities, the cold dark days of winter, and the end of Christmas along with the debt it accrued. There’s also the fact that most people loath Monday as it means a return to work or school. This gives many the notorious Monday Morning Blues. Those stricken with the Werewolf Lycanthrope Virus will be quite depressed for at least a few weeks even if they have no reason to. The average individual may feel sad when basking in the lunar light on Monday. The woefulness is truly brought forth by Indigenous Deities remembering the tragedy of their worshippers suffering at the hands of invaders who eventually destroyed their sacred society. It’s possible these Gods and Goddesses could direct Werewolves to attack descendants of those who perpetrated atrocities against native people.

Be On Alert During The Woeful Wolf Moon

If you hear wolves howling amid the horrifying howling of something seriously sinister then flee the scene and seek secure shelter! Werewolf Repellents will work as usual but keep in mind the wolves they compel are immune to silver, wolfsbane, holy water, and religious artifacts. Of course, common weapons and repellents like strong pepper spray may save your life! Beware if you’re already prone to depression as you may possibly feel suicidal and simply let yourself be taken by the wayward werewolves. Being eaten alive by monsters and wolves is a hellish way to go! Remember that the melancholy moon is affecting you. If possible, simply stay indoors from dusk to dawn until the Moon is below 80% of Full.🐺