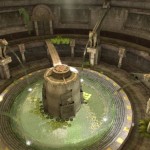 The Mystic Investigations Team, along with Pepe Lopez of Yucatán Supernatural Sociedad , cautiously entered the hidden secret passage at the Temple of Kukulkan, a Mayan Pyramid at Chichen Itza.  Our flashlights barely illuminated the long gradually descending dark corridor.  However light began emanating slowly but surely in the distance as we walked into a large chamber with a water fountain in the middle, and four Jaguar statues spouting forth streams of water into it.  There was what appeared to be sunlight streaming forth from the wondrous looking warm waters.  Upon touching the water we knew there was a mystical property to it due to the way it hung on our hands, and took a bit longer to fall back into the fountain again.  Rebecca’s Demi-Mermaid senses knew it wasn’t like any natural water known on Earth.

Pepe read the Mayan script on the walls, and said this was a Mayan Star Chamber that the Mayan Gods, and Goddesses used to travel back, and forth from their celestial realms.  If this was for real then this meant that the Mayan Gods were Extraterrestrials, and that something in this mystical chamber might be a conduit to a far away planet in another star system.  Realizing the potential danger of this we decided to vacate the room, and return to the tour group.  Suddenly our Psychic Julia was bombarded with what seemed like a powerful telepathic message which she instinctively responded to. Unfortunately that turned out to be some ancient alien computer asking if she wanted the passage to the stars activated.  She inadvertently said yes since she didn’t fully understand what the voice in her head was asking in a Mayan like language.  This caused a large cylindrical stone in the middle of the fountain to lift up as a whipping whirlpool formed.  A wind whirled wildly as the entire chamber began spinning with a grinding stone sound along with the Mayan script on the walls lighting up in a golden hue.  This cast everyone into the water.

As the light coming from the water intensified into an eerie neon green color everyone was sucked in helplessly toward the swirling hole in the center of the whirlpool.  Everyone was either screaming gibberish, or colorful expletives.  Rebecca screamed,”Mystic Sphere” to activate her magical energy bubble.  It started to form but looked somewhat like pink television static before it flickered out.  We all went flushing down the whirlpool into a tunnel of bright emerald light.  We floated amid the shimmering swirling water tunnel while feeling as if we were falling into a gravity well.  Rebecca again tried to activate her Mystic Sphere to no avail.  Soon it didn’t feel like we were falling anymore but rather being sucked sideways, and then eventually upward. 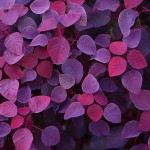 chamber. At that point we burst into the white light, and found ourselves being shot from a geyser of water into the air.  We then plummeted into a large green lake full of life.  In the middle was the water geyser we came out of along with obelisks around the shore.  The life we witnessed around us clearly wasn’t Earthly.  While gazing up at the light green skies we realized this was an extraterrestrial world.  Until this point our furthest space travel was to the Moon during the alien abduction incident in 2011.  It was odd that everything looked somewhat familiar yet at the same time it was totally unfamiliar. While we swam to the shore of the lake we brushed past weird purple cup shaped lily pads that nutty looking six legged violet-pink frogs hopped across. Glittering iridescent fish dived from the water.  There was a warm breeze with an indescribable smell of alien flowers most likely coming from the large flowing palm like trees scattered about.  Purple seemed to be the normal color of vegetation here while many of the flowers were green. Although the sun high above looked like ours it was somewhat larger in the green sky with the addition of a white star that was visible near the horizon.  Familiar fluffy white clouds moved slowly overhead as well.

We all climbed on to the shore which was lined with sand that shimmered wildly as if it was crushed diamonds.  This gave way to violet colored grasses with a futuristic glass structure in the distance.  Pepe read the script on the obelisks which he deciphered as some language similair to Mayan but barely understandable.  As I looked about in amazement I said,”We’re sure the hell not in Kansas anymore!”  Pepe replied,”From what I can decipher on the obelisks we entered a manufactured wormhole of some type.  A shortcut through space, and time to an exoplanet.  We could even be in another galaxy!” Suddenly everyone but Drake, a vampire, and Ashley, a Demi-Zombie, had trouble breathing. Ashley’s Zombie half must have sensed the atmosphere wasn’t completely breathable, and shut down her lungs so the living dead half could take over.  She examined us to no avail as Drake looked around in horror as we all coughed gasping for oxygenated air.  Rebecca, our Demi-Mermaid witch, tried to activate her Mystic Sphere but he magic was totally gone as she desperately tried to call upon her usual set of Goddesses, and Gods that were generally in the Celtic, Greek, and Roman range.  She finally jumped into the water, and was able to breath in the liquid utilizing her Mermaid half.  Clearly the air was a different composition than Earth’s atmosphere.

Drake panicked, and said,”Oh damn I can turn you all into vampires!  It’s the only thing I can think of to save you!  Do I have your permission to bring you across!”  We all contemplated the implications of becoming living dead beings as losing consciousness became imminent!

To Be Continued Part 3…