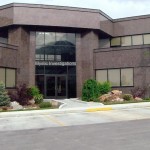 Yesterday at Noon our office were raided by thirteen supernatural warriors who we believe are minions of Dimitri Diablo.   If so then he communicates orders to them through his astral powers.  We’ve never been attacked in such a blatant manner in broad daylight at our very home base of operations. I’m embarrassed to say we were caught off guard, and some of us nearly lost our lives.  I myself was launched through a second story window into the sun blazing parking lot.  The minute I hit the pavement I was met with machine gun fire coming from a black van blocking my entry back into the building.

The bullets were silver, and I lie helpless as my blood began to literally boil while smoke rose from my skin within the rays of the holy sun.  The silver bullets felt like daggers holding me down in the pavement as a figure emerged from the van in a dark hooded robe with various symbols written in blood upon it.  One of them was the sign of Dimitri Diablo.  He had a dark glowing violet crystal with black heart at the center that would pulse with evil red light every so often.  He began reciting an incantation, and I could see a stream of energy leaving my chest as he held it over my heart.  I could not see his face but his crimson glowing eyes stared at me with a maniacal glee as he said,”Now vampire your power essence shall be made ready for my master.”  I had no idea a vampires power could be extracted, and used by another.  I thought all hope was lost as flames began to rise from all over my body.

My fine hand tailored suit lit ablaze as the demon possessed minion, or so I assume, cackled loudly.  I prayed to the Gods that one member of the team would be able to get to me in time.  It’s usually Rebecca but I found out later she had her hands full with a powerful Sorcerers Apprentice who may have ties to Diablo.  He was most likely his understudy.  Suddenly an extremely angry female voice bellowed forth from the roof of Mystic Investigations.  My blurry eyes could barely make out the form of Duanna on the roof in a flowing white sparkling gown.  The sunlight seemed to not effect her.  She had yelled,”You who has dared to take life away from my son for which I have given shall now meet his untimely end!”  She then flew down from the roof, across the lawn, and into the parking lot using amplified telekinetic powers via the consumption of blood from various powerful paranormal beings.  One of which was gnomes blood which is why the sun didn’t burn her.

She landed on the cloaked demonic figure which caused the crystal to fly from his hand.  She quickly tossed me a vile of Gnome blood.  As it rested on my abdomen I could barely reach for it.  I fumbled the entire glass vile into my mouth, and crunched away.  Meanwhile Duanna ripped the hood off him to reveal a disgusting gray skinned form that appeared to be a human under long term demonic possession.  He then shot green energy beams from his hand while screaming,”Die bitch!”   Duanna deflected it with her hands.  He then roared with anger, and grabbed her neck attempting to rip her head off but she grabbed his wrists, and twisted them until they snapped like pretzels.

He cried out in agony,”Master do not forsake me!”  Duanna then exclaimed,”Your words fall upon deaf ears dark minion.  Now vengeance shall be mine.  May you be damned to the darkest abyss in the deepest bowels of hell for all time!”  She then grabbed his head, and twisted it lightening fast thereby snapping his neck.  As he collapsed on the hot black pavement I lie naked due to my clothing being burned away.  I was still smoking a bit but the flames had been extinguished by the Gnomes blood.  My skin was burnt red, and Duanna picked me up in her arms, and kicked the van out of the way causing it to roll over several times into a tree which fell over.  She walked right through the glass front door causing it to shatter all over the place.  She rested me on the couch in our visitors lounge, and placed a cushion over my private parts.  Duanna then kissed my forehead, and told me to heal.  She then went off to help the rest of the team.