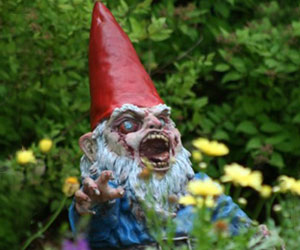 It’s time again for Mystic Investigations annual Labor Day company picnic.  Everyone is in attendance at Woodland Springs Forest Reserve Park aka The Mystical Forest.  The main party area is nestled among the pines as sparse sun filters down toward us.  It’s ideal for our resident vampire Drake Alexander who generally lurks about the shadows of the forest.  Some of the kids here are begging him to go down to the beach to play volleyball and swim in Luminary Lake but I can’t see that happening.  He did go for a dip last year when thick storm clouds blocked out the sun but he started smoking when the holy rays of the sun came through the clouds suddenly.  The kids thought the hot dogs were ready to eat when that happened for some reason.

It was more or less a fun yet uneventful day in a supernatural way until Rebecca Abernathy, our resident Demi-Mermaid Witch, made her debut on the beach showing off her flashy, and quite revealing bikini.  The beach was suddenly filled with an awe filled silence as all eyes were on her entering the warm waters.  Then when she majestically exited again.  Drake suddenly yelled,”Woodland Gnome!  Run kids!  Run!”  For a split second I saw a small figure barely two feet tall running into the brush wearing a red pointy hat as Drake ran in after him. The kids were running away screaming, and laughing at the same time since they didn’t really know their lives were in danger. Gnomes are known for eating kids in order to maintain their immortality! In addition Gnome blood is known to allow vampires the privilege of dwelling in direct sunlight for a matter of hours.  Drake ran into the woods after the filthy little fiend, and managed to catch him after then minutes.  He drained that little bastard dry, and before we know it Drake was playing volleyball with everyone.  Later he was swimming, and frolicking with the happy squealing kids on the beach. I dare say I saw a tear of joy in his eye as we all sat around the campfire at dusk telling ghost stories.  Most of them true by the way since our mission is to take down the forces of supernatural evil head on!