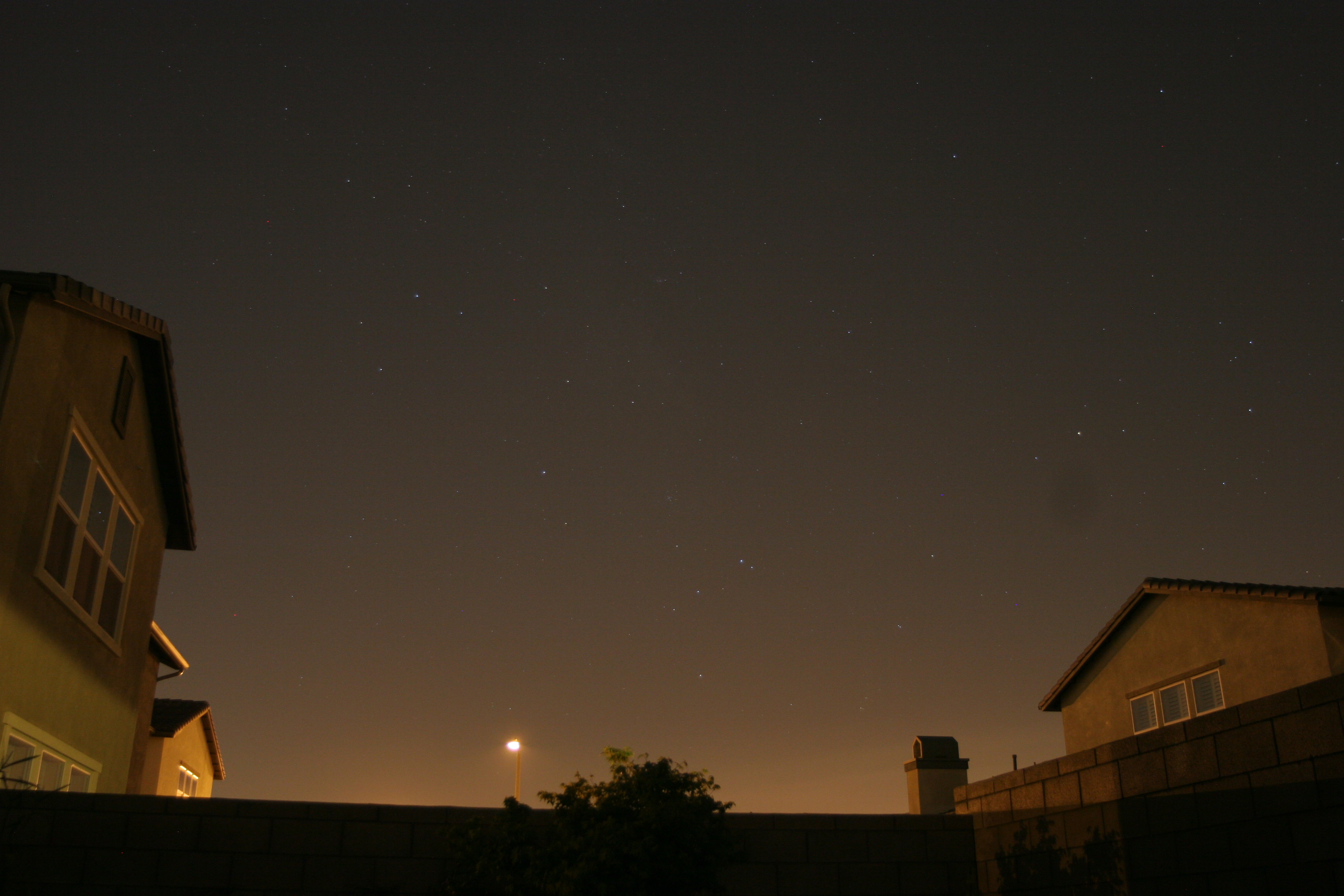 As my girlfriend Rebecca and I were enjoying a quiet evening by the fire at Remington Manor we suddenly heard a blood curdling scream coming from outside.  We ran to the house next door and found our neighbor, Tiffany Sanders, being forced into a van by four large thugs.  Rebecca then turns to me and says,”Kick their asses Xavier!”  I give her a “What the hell!” look as one of them punches me in the face.  Then I spring into action utilizing my extensive knowledge of kung fu and ninjitsu.  While engaging in mortal combat with the filthy fiends, Rebecca retrieves our handcuffed neighbor but one of the thugs throws a punch at her.  The punch doesn’t touch her and instead is deflected in mid air.  The thug grips his hand in pain as Rebecca says,”Protection spell!  I’m a witch bitch!”  She then punches him square in the jaw and knocks him out cold.  I finally finish off the other three thugs as I huff and puff totally out of breath.  I then say to Rebecca,”Thanks for the help Rebecca!”  Rebecca replies,”You’re welcome Xavier!”  She then called the police on her cell phone and the men are taken away to jail.

After Tiffany finished giving her statement to a police officer she invited us in for tea and crumpets.  She told us the men were hired by her ex-husband whose still obsessed with her.  He’s tried to kidnap her before but she managed to escape through sheer luck.  We noted her extensive collection of lucky charms.  Odds were good that at least a few of them possessed real magical luck.  She made the right choice by moving in next door to us a few months ago because now we’ll be taking care of business.  She had hoped he wouldn’t find her this time since she’d moved many times in order to hide from his insidious grip.  He’s a wealthy millionaire who will stop at nothing to get what he wants.  Apparently the police can’t do anything because there’s never any proof he’s behind the kidnap attempts.  His loyal well paid thugs never talk.  We told Tiffany to come stay at our house while we go talk to her husband.

His name is David Patrick and he lives in Denver so we traveled there in the company helicopter which took about 30 minutes.  We landed in the woods nearby and donned our ninja gear complete with masks.  We managed to evade his perimeter security complete with guards and dogs.  We got past the dogs undetected thanks to a magical spell that covered any odor we might give off.  Once inside we located David fast asleep in his bed.  I stood at the head of the bed and Rebecca sprawled herself out next to him with a devious smile on her face as she whispered,”Wake up you sadistic son of a bitch.”  When he didn’t wake up all the way she screamed it in his ear,”Wake up you creepy stalking bastard!”

He woke up alarmed and attempted to push a panic button on his nightstand but I slapped his hand away from it and Rebecca covered his mouth as he attempted to scream.  I then said,”Here’s the deal puke.  You’re going to forget Tiffany Sanders ever existed and then we’re going to leave you alone.  Deal?”  Rebecca then said,”Don’t scream otherwise you’re going to make me angry.  You wouldn’t like me when I’m angry”  Her Demi-Mermaid eyes glowed blue at that point.  She then uncovered his mouth and he said,”Both of you are dead and you don’t even know it!  You’re little antics, and glowing contact lenses don’t scare me in the least! I’ll never leave her alone!  She’s mine forever!”  I then said,”Wrong answer loser!  You have no idea who you’re dealing with pal!”  David then responded,”I’ll send a damn army of hit men after all of you!  You’ll never have a day of rest for the remainder of your short lives!  You have little hope of even getting out of here alive!  Give yourselves up to my men, or face serious repercussions!”  Rebecca then exclaimed,”Your power is confined to the limited avenues of your pathetic wealth while mine blasts forth throughout our entire reality, and is beyond your criminal comprehension!”  She then blew some sparkly dust in his face and he passed out.

We discussed what to do with him and finally concluded that spending his life as a slave for women would be poetic justice.  We contacted a female friend in Brazil who was in contact with the hidden mystical tribe of Amazonian women and they agreed to take David off our hands.  We attempted to smuggle him out of the compound when a guard spotted us and alerted the others including the ferocious attack dogs.   We ran as fast as we could dragging David between us.  The perimeter fence was near us as the dogs converged on us.  Rebecca then turned and let out the most awful high pitched screeching sound ever.  It must have been a mermaid thing since she’s not only a witch but half mermaid.  Mermaids have power over sea animals so it’s safe to assume this extends to land animals to some extent.  The dogs squealed and turned tail running back past the guards.  II began climbing the fence with David on my back but he was too heavy to lug over the tall fence.

Rebecca then yelled,”effrego seorsum per incendia!” and the stone wall blasted apart.  The guard pulled out their firearms, and were about to fire until Rebecca threw a vile of glowing violet liquid at them.  It exploded into a neon purple flash of smoke, and light that caused the men to loose consciousness.  They lie on the ground motionless as we made it to the helicopter and flew to the Woodland Springs Airport to load David on a rented private jet flown by our ex-Navy seal friend Hunter Jackson.  He was accompanied by Julia Hathaway who would make the delivery to the Amazons along with Rebecca since they hate men.  Rebecca would be a key figure in meeting with the Amazons since they have reverence for mermaids.  They should be in the Amazon rain forest by now in the midst of some of the biggest man haters on Earth.  The rest of his life will be spent doing manual labor and serving the women.  Sweet justice for a man who abused women his entire life.  I returned home, and decided to let Tiffany continue sleeping in the guest room after her ordeal.  At dawn she could return home, and never worry about the dastardly David every again!

[…] thought of the hidden mystical tribe of Amazonian women in the Amazon rain forest where we sent our neighbors abusive ex-husband to live for the rest of his life.  Michael charter a plane to South America using the gold he […]

[…] of course lives next door to me and Rebecca.  Some months ago we had saved her from being kidnapped by thugs hired by her ex-husband.  The buxom waitress Kelly Ann took my order and then Tiffany told me […]