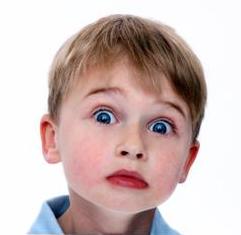 Little seven-year-old Jack Emerson woke up in a cold sweat screaming in the dark shadows of his night light lit bedroom.  His angered father runs in, and snaps on the light yelling, “What the hell is your problem Jack! Go back to sleep now or else!”  He flips the light back off and slams the door.  Trembling in the dimly lit room Jack stares at his small hands as the nightmare he just had reels through his confused mind.  In his disturbing dream, he was a 44-year-old man staring out the window of his house as civil defense sirens whaled in the distance.  The holographic television broadcast warnings of an impending nuclear attack send chills down his spine.  An attack initiated by Global Prime Minister Earl Sapporo in the year 2052.  The insane world leader is shown in a news clip in a small spherical holo-window amid the warning screen ranting at a podium about humanity needing to be cleansed from the Earth in the name of the Dark Father.  His crazed eyes gave way to the echoing of his maniacal laughter as the camera pans closer to reveal a brief red glow in his eyes before the feed is cut off.  Jack gazes in horror as blinding lights flash off with nuclear mushroom clouds in the distance.  Their brightness is so powerful that it even overshadows the sunlight.  Suddenly all power cuts out due to a nuclear EMP. Jack hears an odd noise from overhead and runs outside to look up at a projectile headed down toward him.  He knows the end is near, and he realizes he will never see his wife, kids, and everyone else ever again.  A burst of all-encompassing white light gives way to the dark shadows of his childhood bedroom.  For it wasn’t a nightmare.  It was all real!

Audio Version Of This Story

A seven-year-old child entered Mystic Investigations claiming to be a 44-year-old man.  Apparently the spirit of a man in a child’s body from the year 2052 some 37 years in the future.  A case of Nuclear Temporal Self-Possession in which a subjects energy astral body is thrust back into their past physical body due to sheer monumental energy surge of a nuclear blast.  Naturally, little Jack Emerson was quite hysterical over the experience and the disbelief of his parents.  Especially his abusive father who he had made amends with in the future but who was wretched to him as a child. Jack also was worried he was changing history because his parents were looking for psychiatrists when he ran out of the house and headed here after seeing our ad on a local TV station.  First, we calmed him down with a nutritious Mountain Dew Baja Blast which he gulped down gladly as he commented on how there were no sweets allowed by the global government in the future.  We talked with him at great length, and he clearly was intellectually an adult.  Our Psychic Julia Hathaway sensed he was telling the truth, and she sensed that he had two distinct yet similar consciousnesses in his mind.  An adult consciousness that seemed out of place, and one sub-conscious child persona that would influence his emotions.  Rebecca Abernathy, our Demi-Mermaid witch, cast some spells to confirm the adult consciousness was linked to an astral energy body out of phase with our time frame, and the physical body it inhabited.

Jack told us the hellish tale of a world gone mad under a dystopian global government.  A world full of pandemics, chemical attacks, small nuclear terror attacks, and police-nanny state nightmares along with the mentally ill, and sadists given power.  There was also perpetual urban violence spilling into rural areas due to police abandoning, or being paid off by criminal gangs who ruled their territories as warlords.  Warlords given free reigns of terror by the greater global government.  All this hell on Earth was presided over by the world governments first Prime Minister Earl Sapporo.  A handsome charismatic figure who got elected on a platform of peace, prosperity, human rights, enlightenment, and freedom. Like so many politicians he did the opposite once elected into power. The nations of Earth were already in sorry shape but mere years into Sapporo’s term things turned into the stuff that night terrors are made of!

Jack said he still lived in Woodland Springs in 2052, and said Mystic Investigations had been the premier paranormal firm on Earth until the government raided us. Julia, Rebecca, and even our vampire Drake Alexander received premonitions mere minutes beforehand.  It seems government Psychic Warriors were able to block their presence until they were close.  Apparently, we valiantly faced a black ops commando squad of supernaturally powered beings before making our escape in what appeared to be a spacecraft of some type.  Mystic Investigations were painted as terrorists by the government but most of the populace refused to believe it even if they pretended to do so for the sake of tricking the mandated re-education camps. Despite the entire global media being government propaganda the average person knew it was a false narrative! Rumors indicated we had established an undersea base in the Pacific where we were instrumental in an underground rebellion against what was thought to be a demonic regime under the rule of the Anti-Christ, aka Earl Sapporo.  Julia, Rebecca, and Drake gleamed this information by looking psychically joining together to peer deep into Jack’s mind which included tapping into his astral spirit to see more details about the shocking future.

television about the silver lining of so many deaths worldwide.  The government said the only way to save the Earth, and bring peace to the world was to reduce the population to 500 Million.  I guess the public propaganda was that too many people are to blame for the hellish state of Earth.  An overpopulation mantra practiced by the plutocratic elites even in our present day.  In Jack’s 2052 the population was down to 3 billion via various extermination practices.  Some rather obvious mass disappearances for seemingly no reason while others seemed to have a logical explanation.  The pandemic that took out a billion people seemed legit while other thought the government engineered it.  Certainly, if anyone had any doubt about the global government’s intentions it was shattered with Prime Minister Earl Sapporo’s final words,”Ah yes silly little ape people your time is up. I just launched all 11,381 nukes.  May the dark father, his loyal demonic children, and the cockroaches inherit the Earth!”  The paranormal echoing maniacal laughter and crimson eye shimmering left no doubt he was the Anti-Christ.

We all digested Jack’s horrific future knowing that time is constantly flowing not only forward but parallel five dimensionally into other realities.  In all likelihood, his future wouldn’t be ours.  Especially since time travel itself almost always sends a person to an alternate Universe.  There was certainly hope to change things with this knowledge in hand.  We now had the name of the Anti-Christ, and wouldn’t have to guess at which leader was the real evil deal. Jack was obviously at ground zero of a nuclear blast that sent his spirit into his childhood body as a warning beacon of future destruction!

We discussed a number of options that couldn’t include sending him home because he had no future physical body left to go back into.  It was instantly disintegrated by the burning hot nuclear blast. There was a suggestion to send him to a previous point before the nuclear blast but the world he described was a living hell, and it would be too cruel to send him there to an inevitable death sentence.  He was in tears over the loss of his family who had been taken away years earlier to a re-education camp.  He had been taken to a separate camp and had recently been sent home after convincing officials he believed the propaganda.  The government refused to tell him the status of his wife, and two children.  He contemplated going back to save them but there was simply nowhere to run and hide on a planet dominated by a monstrous tyranny.  At least he knew his wife was alive, and well here in Woodland Springs where she was currently a three-year-old girl.  He had gone to see her but she was just a girl rather than a nuclear spirit like himself.  His wife most likely wasn’t near ground zero of a nuclear blast.  We told him should a similar future happen we would save his wife, and children bringing them to our undersea stronghold.

We suggested he could have a fresh start, and meet his wife all over again but what was

the point with such a miserable ending on a planet of hell?  We vowed to Jack that we would do everything in our power to prevent his life from descending into hopeless hell.  We counseled him to only speak of the future to us, and tell his parents he made it all up so they’d lay off the psychiatric care threats. We informed him within years his future spirit would probably meld with his present thereby making him a child again.  Although a somewhat wiser, and more mature version. Jack also stated he didn’t want to live through the drunken abuse of his father again.  We told him it would be taken care of, and sent him home with our vampire Drake Alexander after dusk.  Drake tried to smooth things over as Jack’s Mom hugged Jack with happy relief that he was found. Jack’s father, however, was steaming mad and yelling he was going to teach him a lesson he wouldn’t forget.  Drake tried to calm him down but the Father physically shoved his chest and told him to get the hell out.  Drake motioned for Jack to lead his mother into the other room. Once gone Drake’s eyes glowed neon amber as he picked up Jack’s Dad by the neck practically raising him to the ceiling while saying,”Your days of child abuse are over pal! Otherwise you, and I will have a big problem!”  Drake then lowered the choking man at eye level and used his vampire hypnosis to command him to never raise his hand against his child ever again.  He released his neck grip, and Jack’s father smiled.  He said,”Thank you, Mr. Alexander, for bringing my blessed son home!”  Drake replied with a grin,”You’re welcome! Let me know if Jack ever needs anything.  All of us at Mystic Investigations are here to help.”

Jack appearing in this time, and finding us is quite a coincidence considering the birth of the Anti-Christ took place recently under the March 20, 2015 Spring Equinox Solar Eclipse.  Of course in the supernatural world, we consider nothing to be a coincidence.  Was someone sending us a message?  Was fate giving us the gift of a future warning? Only time will tell as we await the first news reports of the Anti-Christ Earl Sapporo making his rise to predestined paranormal power.  Hopefully, we will find this demonic destroyer of humankind long before he gets a toehold in government!

Video Version Of This Story