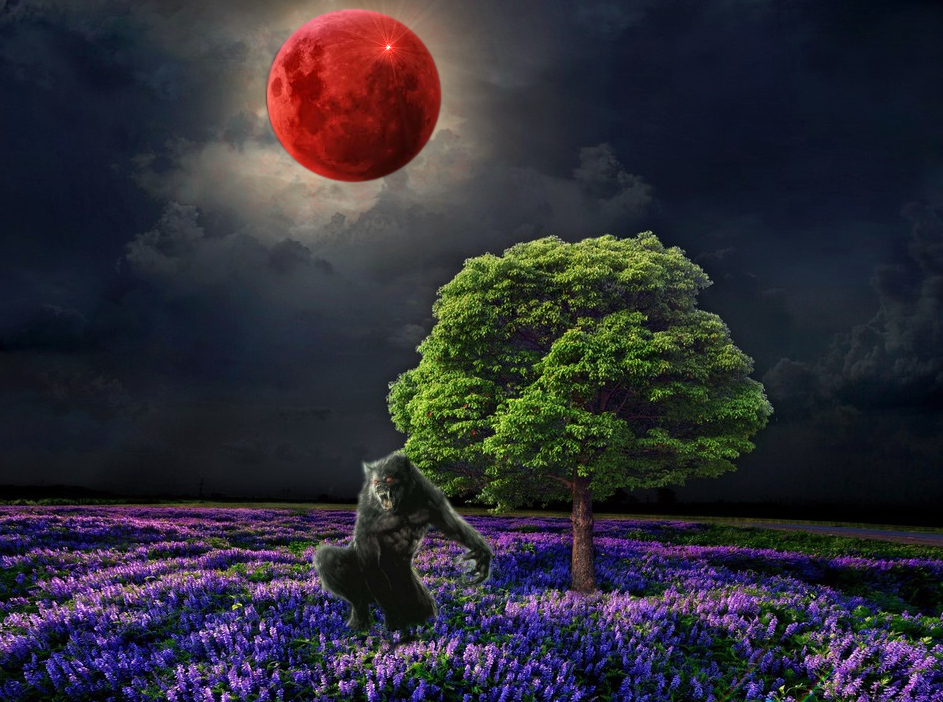 🌹The Flower Moon of May generally gives us Werewolves without any extra enhancements. This particular Moon is usually ruled by Flower Deities who can be called upon by anyone in danger from a Werewolf. The Moon may compel some werewolves to be attracted to floral scents and stop to smell various forms of flora. Wearing such scents on your person may calm a wayward wolf down as you slowly back away without making eye contact. Inhaling the natural aroma of flowers may briefly delay transformation after dusk for those stricken with the dreaded Lycanthrope Virus.🐺

That being said, we are unfortunately not dealing with a simple Flower Moon. This is also a Super Moon where we find the Moon closer to Earth thus increasing the metaphysical lunar energies that interact with a Werewolf’s demonic DNA. This causes them to be double or even triple in size with extreme aggression! On top of that, we have a Total Lunar Eclipse that creates a Blood Moon. The Blood Moon always falls under the domain of demonic and dark Underworld deities. This grants us even more horrifying hounds of hell! During the lunar eclipse itself, many werewolves will de-transform to human form while maintaining their monstrous persona. So beware of crazy-looking humans as well!  The werewolves of this Super Blood Flower Moon will be terrifyingly titanic and beyond deadly in nature! The various supernatural repellents will be far less effective so we recommend staying indoors unless you’re a seasoned Werewolf Hunter!🌕

The Super Blood Flower Moon will exude enchanted energies causing various demonic plants and flowers to bloom exponentially! Beware of these paranormal plants as they can be poisonous and even carnivorous. Dark Underworld flower deities will be out in full force along with other denizens of damnation. It will be doubtful if Flower Goddesses, Nymphs, and Fairies will heed your cries for help. Even if they did it would probably be the death of them! This could very well shape up to be the second most dangerous Moon of the year. Second only to the annual Halloween Blood Moon. A natural Moon of malevolent mayhem without any eclipse involved!😡