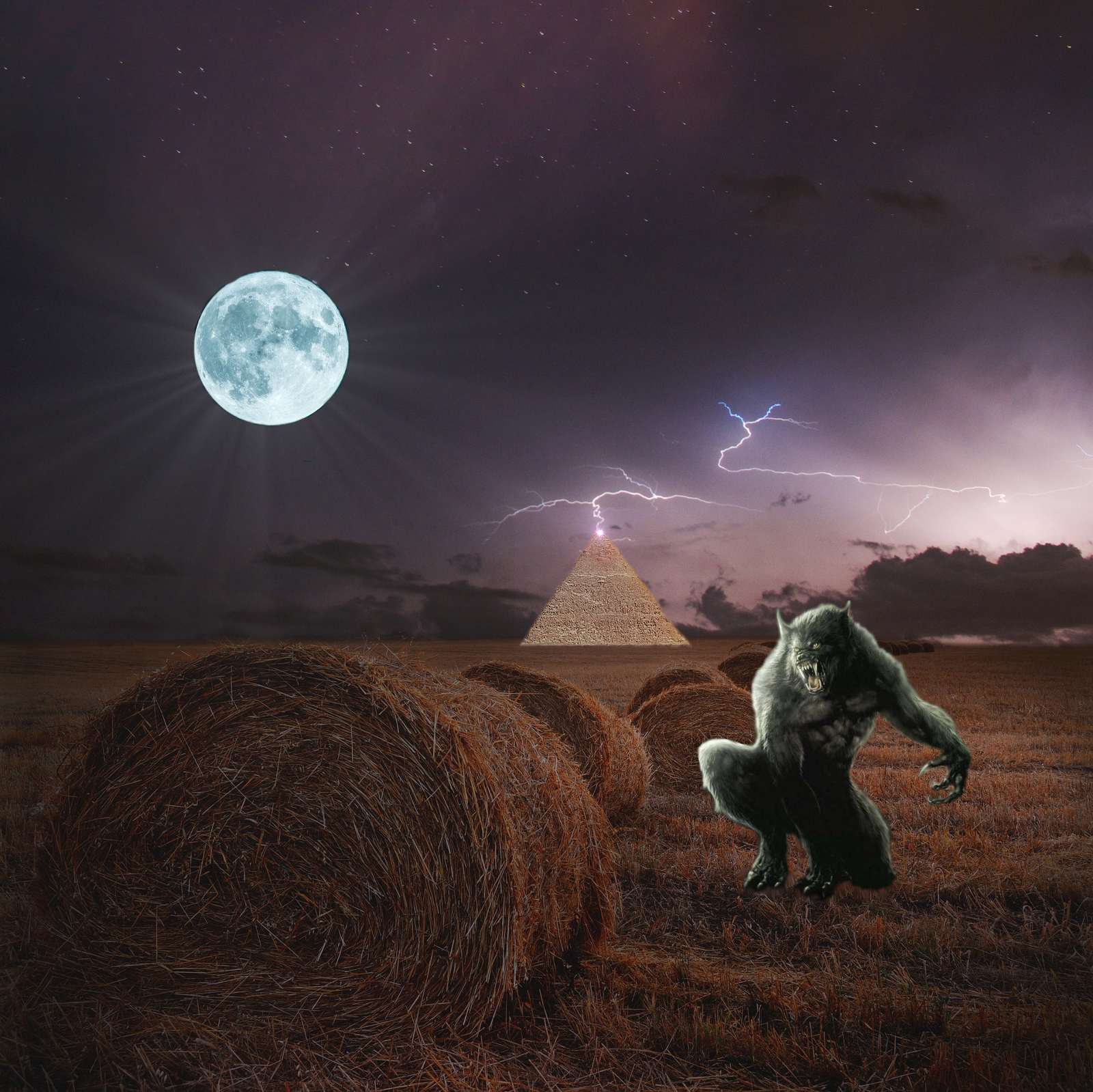 The Full Moon of September is generally the Harvest Moon but this year it is specifically the Egyptian Harvest Moon. This is due to the fact that a faction of Egyptian Gods has acquired enough paranormal power to temporarily wrestle lunar control away from the Greek Gods. The Olympians under Zeus do hold the most overall power along with being allied with many other Earthly God pantheons. Although their power isn’t absolute. The Harvest Moon is usually influenced by the Harvest Goddess Demeter and the Moon Goddess Selene.  However, they have been forced to take a lunar breather in favor of the Egyptian pantheon falling under the authority of the God Osiris. This is with the blessing of their Sun Lord and Almighty Supreme God Ra who has ascended to a higher plane of existence. Osiris is the Egyptian God of the Underworld and agriculture. He controls this month’s Moon with the aid of Khonsu, the Egyptian Moon God.

Under the standard Harvest Moon, we see enchanted lunar energies influencing Werewolves to flow into farm fields. Demonic forces further compel the Werewolves through their Hellbound DNA to create crop circles that are in fact secret sinister messages to the dark supernatural community. Despite some Underworld Gods associating with the demons of Hell, Osiris doesn’t allow such entities in the Egyptian afterlife. He is infamous for judging the dead and has declared the Devil unfit for existence! With that in mind, this special Harvest Moon will send out overriding energies thus effectively blocking the crop circle’s creation. Needless to say, Satan and his minion are extremely angry about this as the malevolent messages are an essential tool to get wayward words out for the coming Halloween Season.

Werewolves will certainly be a dangerous threat from dusk to dawn until the Moon is below 80% Full. They will be drawn to agricultural fields and nearby neighborhoods thus increasing the likelihood of you running into them! Thankfully, through the Spirit of Osiris, there will be a judgment on potential victims aka meals. If you are a good person, Werewolves will stay away from you while those with a dark side will find their way to the Werewolf dinner table! Borderline individuals could find things going either way. This isn’t absolute as Werewolves still have demonic DNA and could override the Egyptian enchantment. This is more likely to happen in older wolves. Just to be safe always carry Werewolf Repellents or simply stay indoors at night! Werewolves don’t often break into buildings. You can also add Egyptian-themed items to that repellent mix. Items representing Osiris, Ra, or Khonsu will be the most effective. An Osiris Figurine[Ad] in your window is all you need to sleep easy this month!

Get Eaten By A Werewolf And Go To The Egyptian Underworld!

Another interesting element of this Harvest Moon is what happens if a Werewolf manages to devour you. Instead of going to the Heavenly Afterlife, you’ll find your Soul intercepted by Osiris and sent to his Underworld which is full of both good and bad places. Human Souls are valuable metaphysical energy resources and he’d be a fool to pass them up. If this happens you will find yourself in a pyramid court of judgment before him. You can plead your case that you want to go to the higher dimensional Heaven. If he agrees then Osiris will demand some enchanted energy from your soul as payment for the journey. Also, if you are a good person, he may lure you to his Underworld with the promise of raising you to Nature Deity status. This offer is real and could provide you with a powerful Heaven on Earth scenario. This includes access to Mother Earth Goddess Gaia’s Paradise Plane. A neutral paradise slightly out of phase with our reality open to all Earthly Gods and Goddesses. At some point in the future, you could simply ascend to Heaven on your own via your Godly power. As you can see, being eaten by a Werewolf can be a good thing sometimes!🐺