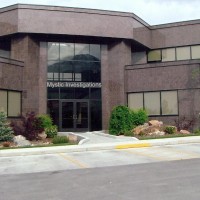 I’ve never had to fire anyone despite being the President of Mystic Investigations since 2008, and more or less having it come together piece by piece before that.  We started out as a continuously growing paranormal investigative crime fighting organization of professional colleagues, family, and friends.  As we’ve grown into a small corporation we’ve had to hire more employees outside of that personalized sphere. I always thought it would be a joy to do the good old Donald Trump, or even the Vince McMahon,”You’re Fired!” However I now dread the task of informing someone that their income will be terminated. Although there is one person I’ve always wanted to fire.  Lars Larsson, Vice-President Rebecca Abernathy’s Swedish Secretary.  Since she’s my girlfriend I don’t appreciate his blatant flirting with her!  There’s something just not right about that guy.  Certainly whatever minute positive opinion I had of him was totally destroyed after the incident at Fun Fridays Amusement Restaurant last year.  Not to mention he’s way too over-qualified for his job, and it’s odd he’d leave his home in Sweden to work at a small town Colorado firm as an Administrative Assistant. Unfortunately I can’t fire him for no reason. Especially since Rebecca thinks he’s the best assistant ever, and our Psychic Julia Hathaway doesn’t sense he has some clandestine agenda.

Regrettably the person I have to fire is a girl which makes matters worse.  Despite being a twenty something adult she’s displayed a plethora of immature behavior that has caused some office disruptions.  Immaturity that seems to be spreading to some of the other younger members of our staff.  It’s virtually turning into junior high here with the silly passing of personal notes, paper airplanes flying about, offices supplies tossed everywhere, toilet paper thrown here, and there, petty arguments, and borderline bullying along with a multitude of other ridiculous idiocies.  Then on top of that she actually attempts to flirt with me. Naturally Rebecca wanted her immediately fired. LOL!  She even offered to do it but as President & CEO I must perform this task.  Oddly enough the usually reserved Executive-Vice President Drake Alexander seemed almost uncharacteristically gleeful over the task, and wanted to be present.  He has been a bit off lately since we engaged the Devil himself in The Third Battle Of Armageddon.  Drake was the last person to make contact with the Emperor Of Hell before he inexplicably vanished from the Earth.  The Prince Of Darkness hasn’t been seen nor sensed by top flight psychics since! Both Julia, and Rebecca say they’re not sensing anything unusual from him.

it.  Miss Sandy Ackerman, an Administrative Clerk, strolled merrily into my office almost skipping like a school girl.  She sat down on one of the chairs in front of my desk while smacking her gum loudly.  She even blew a bubble that popped loudly!  I then said,”Miss Akerman it is with great regret that I must terminate your employment with this firm. I’ve generously given you one month’s pay.  Drake will escort you from the building, and you can retrieve your belongings….”  She suddenly screamed,”Screw you Remington you smug bastard!”  Drake all the sudden started chuckling. I gave him a “what the hell” look, and then said to Sandy,”Hey wait a minute you little…”  She then yelled,”To hell with this crap job, and your wacko supernatural BS! You’re all nuts if you think anyone is buying this paranormal investigations dog, and pony show! I guess that’s the only way you can get clients!”  Even though most of our employees have seen supernatural beings, and events some still refuse to believe it, and rationalize it as something else.  It’s a common sub-consciousness defense against the horrifying reality of our paranormal planet. Before I could say another word Drake had an almost sinister look on his face, and he interjected,”Listen honey it’s all real, and you just don’t have the guts to deal with it! Let me show you the real face of supernatural terror. I’m a vampire! I prey on humans for their blood!”  He then caused his eyes to glow a neon crimson color which is unusual because that only happens when he’s insanely angry. Generally his eyes will glow their natural color of blue or amber when moderately miffed.  His vampire fangs snapped from his teeth, and a growling sound, literally greater than a Lion, roared forth from his mouth while he pounced forward toward Sandy.  She jolted, and grimaced in her seat as I exclaimed,”What the hell Drake!?!”

Sandy quickly composed herself while laughing nervously.  I got up, and held Drake’s shoulder bringing him back to the edge of my desk to sit down again.  She then began clapping, and said,”Spectacular show boys!  The special effect contact lenses, and dime store fangs totally rock! And that roar! Where did you hide the speakers. This place is a freaking joke. I’m out of this hell hole, and keep that freak away from me you crazy vampire fan boy!”  I walked her out leaving Drake behind. I looked back at him, and he seemed pleased with himself. I’d never seen him blatantly display his supernatural nature for no real reason before. I told Sandy she could come to the front door tomorrow at 10 AM to retrieve her belongings. Her response was,”Screw it Remington! I didn’t have anything worth a crap anyway!” I answered,”Ah yes quite a joy having you work here. Have a wonderful life!” She then flipped me the bird. I should have been more insulted but it actually made me laugh as she hopped on her moped, and sped away. I guess I didn’t pay her enough to buy a car.

I went to Drakes office where I found him drinking directly from a wine bottle which was actually his supply of blood. Usually he drinks it from an coffee mug.  Before I could say a word he said,”Sorry about that little display Xavier. I’ve been feeling a little over-worked lately. If you don’t mind I’m going to go home now.” I responded,”I think that’s a good idea.  Have a good day.” He left through the underground garage in his Silver Aston Martin V12 Vanquish with special unholy glass windows to neutralize the holy rays of the sun.  Light that burns most vampires to a crisp!

The staff was divided about Sandy’s dismissal. Half missed her jovial antics while the rest welcomed the peace that now descended about the office.  Our bionic boy wonder Zack Powers came into work with his new bionic girlfriend Summer Eden after school was out. He was disappointed to learn about Sandy being fired.  Even as a teen he was far more mature than Miss Akerman, and held the position of Chief Technology Officer to prove it. As I walked out to the parking lot at 5:30 PM to return to Remington Manor Lars was walking in.  He had just finished detailing Rebecca’s Metallic Pink Porsche 911 Carrera Cabriolet. Lars smiled while patting my back a little too hard, and happily stated,”Hey next Rebecca will be wanting me to detail her! Huh pal?” I then slapped him in the back so hard he fell to the ground while I said,”Why you little piece of…” Rebecca came out of nowhere just then saying,”Oh you crazy boys always playing your roughhousing games! Come on Lars I have some files you need to deal with. Looks like we’ll be here until seven!” Lars hopped up, and ran into the office.  Rebecca bid me a fond farewell, and I walked out to my Black Lamborghini Murcielago which was now splattered with some manner of smelly brown substance. I believe it was cow manure laden mud from the nearby farm.  Thank you so much Miss Akerman!