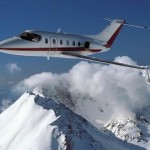 We just took off from Saint Nicholas International Airport to head back to Woodland Springs, Colorado. A few hours ago we attended a Midnight Mass service presided over by Father Christmas at St.Nickolaus’s Holy Church Of The Northern Light.  Our exorcist expert Father Tom Davis had the honor to partake of the final holy ceremony as well. Then Santa Claus held a farewell party at the banquet hall where most of us pigged out on every last sweet treat we could before having to return to normal reality where one can get sick from consuming so much junk food.  Another benefit of existing in the North Pole Village is no need to use the toilet.  You won’t find one toilet here what so ever!  The food, and beverages are some how magically digested to nothingness within our bodies.

Speaking of the banquet hall.  That is where the Claus Awards take place every year.  The Claus Award is the highest honor one can receive in the paranormal community.  Mystic Investigations had the honor of winning last year.  This year was a very special recipient.  Shala, The Queen Of Halloween, the Angel-Demon Hybrid whose identify was revealed at the First Battle Of Armageddon.   Despite being considered an abomination by both Angels, and Demons Santa has always worked to bring the various factions who fight for good together no matter what their lineage is.  Santa gave a speech at the ceremony speaking of Shala’s centuries of working to keep the forces of good, and evil in balance on the pivotal day of Halloween.  Santa has hoped Shala would show up so he could finally meet her after centuries of hiding, and abruptly leaving the Armageddon battlefield.

Unfortunately she has centuries of trust issues due to the forces of Heaven, and Hell always after her.  However she did get Santa’s psychic message, and sent a representative to accept the award for her.  The equivalent of her Chief Elf.  A previously unknown species of being which turned out to be a Leuprichaun, or a Leprechaun-Clurichaun Hybrid, named Zamxuzza.  He said a few words to the crowd, and prepared to vanish into a magical porthole with the trophy but our ever curious Demi-Zombie Cryptozoologist Ashley Abercrombie luckily stopped him long enough to get this data.  He seemed intrigued by her stable zombie-human hybrid state, and indicated someday she might have a place in Shala’s Halloween Kingdom.

Debbie Powers, Grandmother of Zack Powers, managed to spend weeks at North Pole Village seemingly ignoring every sign that this place was seriously supernatural.  She explained everything away as coincidence, and special effects.  She is the only member of our entourage who knows nothing of the true existence of the supernatural world due to her mind not being able to handle the truth. This might be nearly impossible next year since Santa Claus secretly told me he might be able to bring Zack’s deceased parents home from Heaven for the holidays.  He had wanted to give Zack that gift this year but Santa was greatly weakened after the Anti-Claus attack at the First Battle Of Armageddon along with an assault by the Devil who nearly destroyed Christmas.  Santa wanted us to keep this secret so the knowledge wouldn’t waiver people’s faith in the Spirit Of Christmas.  Although the moratorium on the dissemination of this data has now been lifted by Father Christmas. I’ll write about what happened later on.

Most of us are going to sleep while we fly so we can get back to work Monday morning.  Although I feel wide awake still.  The vampire members of our group, including Drake Alexander, don’t need more than a few hours. Drake, and the others, are almost beet red from Christmas Star Burn as the Enochian Angel spell to protect them from the Star Of Bethlehem was nearly worn off. Any longer here, and they would have burst into unholy fire turning into ashes. As we exit the perimeter of the holiest city on Earth their nearly Angelic DNA, transformed by the Christmas Star, now reverts back to the demonic. Unfortunately when this happens they have an insatiable blood lust that’s comparable to when they first became vampires. That’s why we loaded the jet with a whole lot of human blood bought from a special blood bank catering to vampires.  Blood donated by humans with knowledge of the supernatural world.  The vampire blood bank is apart of the underground supernatural economy or black market known as the Black Bazaar.

Despite eating so much I have a hankering for some custard nog, and peppermint ice cream I got from North Pole Village. As I open the freezer I find the peppermint ice cream bandit Elf who had been punished for his gluttony by previously having to wear a dunce cap.  We stared silently at each other in shock as he stopped eating ice cream from the carton amid the dark icy freezer.  This is how I found him the first time in Mrs.Claus’s freezer at Claus Manor.  I then screamed his name,”Gerbet!”  He then hopped from the freezer, and went running into the dark shadows within the corridors of the dark jet while bellowing,”eeeeeeeeeeeeeeee!” in his hilarious Lilliputian voice.  Everyone on the jet ran to me as I said,”We got a crazy ice cream addicted Elf on board!”  Naturally the vampires, Drake, Duanna, and Meistiensos, were hot on the trail of this little stowaway.  Unfortunately Meistiensos, a powerful third generation vampire in recovery for his extremely violent blood lust, got hold of Gerbert, and sank his teeth into his green blood.  Elf blood increases power in vampires but should create some level of well being as well.  Drake, and Duanna pulled Meistiensos off the tiny fellow barely much more than 2 feet tall.

Meistiensos already has the power to fly via telekinesis, and at that moment he went a bit crazy crashing right through the hatch depressurizing the cabin!  While he flew off into the cold Arctic night Drake, who can’t fly, along with Zack Powers, Debbie Powers, and Rebecca Abernathy, our witch, were sucked into the dark polar skies.  Gerbert nearly rolled out as well but I grabbed him just in time.  I held little Gerbert the Elf as we looked out the hatch in horror while the emergency alarm bellowed loudly.  Ashley told me I have barely 5 minutes before I pass out, and in her capacity as a doctor ordered me to an oxygen mask.  I refused to comply until I saw everyone was okay.  I could barely hear Rebecca scream,”MYSTIC SPHERE!”  A pink transparent protective bubble of mystical energy formed around her.  She raced the mystical sphere to Debbie, and then Zack who were encapsulated inside.  It turned out that was the limit to what she could hold on board as she flew back up to the airplane.  Her sphere hovered through the hatch now missing a door.  Rebecca then motioned her sphere into the hatch opening sealing it up so the cabin could be re-pressurized.

Julia brought her Book Of Shadows to perform a spell to seal the hatch for the rest of the journey without taxing her active witchcraft power.  We were all worried about Drake but his vampire mother Duanna exclaimed,”My son can take a fall for 20,000 feet!  After all he survived the pure energy explosion of an extraterrestrial vessel including a fall from high in the atmosphere over Kentucky.”  I had forgotten about that, and felt a lot better about a simple non-explosive fall to the barren snow ridden landscape below.  There was nowhere to land the jet for hundreds of miles so we had no choice but to keep going.  I tried calling his cell phone but there wasn’t any reception.  Duanna then said she was psychically communicating with Drake as most closely related vampires can.  She said Drake hit the ice hard,and plunged into the Arctic Ocean.  He ended up crashing back up through the ice, and was walking south.  Until he heard sleigh bells ringing, and looked up in the sky to see Santa’s sleigh complete with nine reindeer, led by Rudolph The Red Nosed Reindeer, flying down to him.  Santa gave Drake a ride back, and was flying beside our jet in no time.  Santa pointed his hand at the hatch as a beam of white light at Rebecca’s invisible witchcraft hatch barrier replacing it with an invisible Angelic barrier keeping things pressurized. Rebecca’s barrier wasn’t walk through.  The Demi-Angel then lined the red sleigh up with opening, and Drake walked in with Santa leaving the the reindeer on autopilot.

Santa Claus remarked,”I didn’t think I’d see you fine folks until next Christmas.  It seems we have a missing Elf on our hands.  Gerbert come out where ever you are!”  Gerbert slowly inched out from behind a leather seat.  His vampire neck wound had already supernaturally healed.  Santa reached down to scoop up the little Elf who was ordered by Santa to apologize for all the trouble he caused.  Gerbert finally uttered some English for the first time when he said,”Me sorry!”  I then replied,”That’s okay Gerbert we forgive you.”  Old Saint Nick bid us farewell, and he walked through the magical hatch barrier, and back on to his sleigh that flew away as he bellowed forth,”Ho ho ho Merry Christmas to all, and to all a good night!  While Santa shot across the skies in a blaze of shimmering lights the original hatch door magically reappeared completely intact.

We were all happy everything turned out okay until we saw Debbie Powers in the corner with her eyes frozen open in terror.  She was in some sort of catatonic state.  Clearly falling out of a plane, and witnessing all these blatant supernatural events mentally destroyed her as our psychic Julia Hathaway has always predicted.  Zack ran to his Grandmother in shock.  Just then I noticed a beautifully wrapped gift box near the hatch door.  The tag said,” To Debbie. From Santa”  I opened the box cover, and a stream of iridescent lights flashed forth making a bee line for Debbie.  It engulfed her body, and then faded.  She snapped out of her catatonia, and Zack helped her up.  Debbie then said,”Why are we all out of bed?”  Santa had thankfully wiped her memory of the events she found traumatic.

I guess I’ll lay off the ice cream for a while.  If I hadn’t opened that freezer none of this would have happened.  Gerbert probably would have sneaked off the plane when it landed, and that would have been the end of it.  Although I think I’ll have one last cup of egg nog…