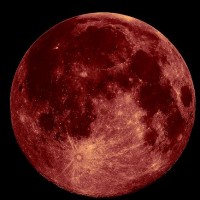 The predicted Honey Moon Of June will thankfully not take place this year. Praise the dominance of the Strawberry Moon this June.  The Moons of the various months have been given many names in differing cultures.  All with some supernatural significance. However one brand of Moon generally is the guiding force due to the plethora of Moon Gods, and Goddesses vying for power along with other higher dimensional beings, such as demons, playing a role in the battle for lunar powers!  The Strawberry Moon comes from Native Americans, and the short season of the strawberry harvest.  This month Native American Goddess Athenesic (aka Awehai) has gained enough support from other Gods to have power over the Moon.  Athenesic is in fact the creator of the unique energies that mold the Strawberry Moon.  Athenesic is known to be a Goddess who encourages cooperation, and good will among the Gods.  Strawberry Fairies, and Fruit Nymphs strongly supported her claim to the June Moon.

The Moon itself will still have the amber hue of the Honey Moon for most human celestial viewers. In localized

areas where Strawberry Fairies are concentrated, or practitioners of magic have altered Earthly forces that filter the lunar energies, it may appear somewhat pink to red for a brief time.  What has changed are the magical energies.  Expect the Strawberry Moon to have a calming effect over most life on Earth both normal, and paranormal. Although Demonic based beings will be the least affected.  Werewolves will still be a standard danger under this Moon of mystical Strawberries.  Although they will be somewhat less aggressive, and even more so in areas where Strawberry Fairies reside.  Of course the potential for carnivorous supernatural bees following the Werewolf around like vultures is eliminated this year with the cancellation of the Honey Moon!  Thankfully that rarely happens anyway, and the source of these paranormal meat eating bees is still a mystery! 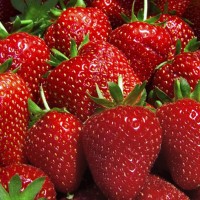 As with many supernatural events there always seems to be an immortal or magical “Easter Egg” for humans to claim if they’re lucky.  Hidden gifts of the Gods.  During the Strawberry Moon if a human can capture a Strawberry Fairy, with respect for their pride, and well being, you can ask to be led to their personal Strawberry patch in exchange for their release.  When they take you there you are in essence transported to a small patch of the Paradise Plane, aka Earthly Afterlife of Goddess Gaia out of phase with human reality.  Once there eat the supernatural Strawberries, and marvel at their insanely euphoric sweetness.  When a human ingests them they receive the gift of immortality, and the ability to enter the Paradise Plane at will, or simply see it everywhere around you.  This also gives you the ability to communicate with Fairies, Nymphs, Goddesses, and other supernatural beings who will not be visible to you!

Read About What Happened To Our Demi-Mermaid Witch Team Member Rebecca Abernathy During The Strawberry Moon.

The Healing Power Of Strawberries Will Best Served During This Moon