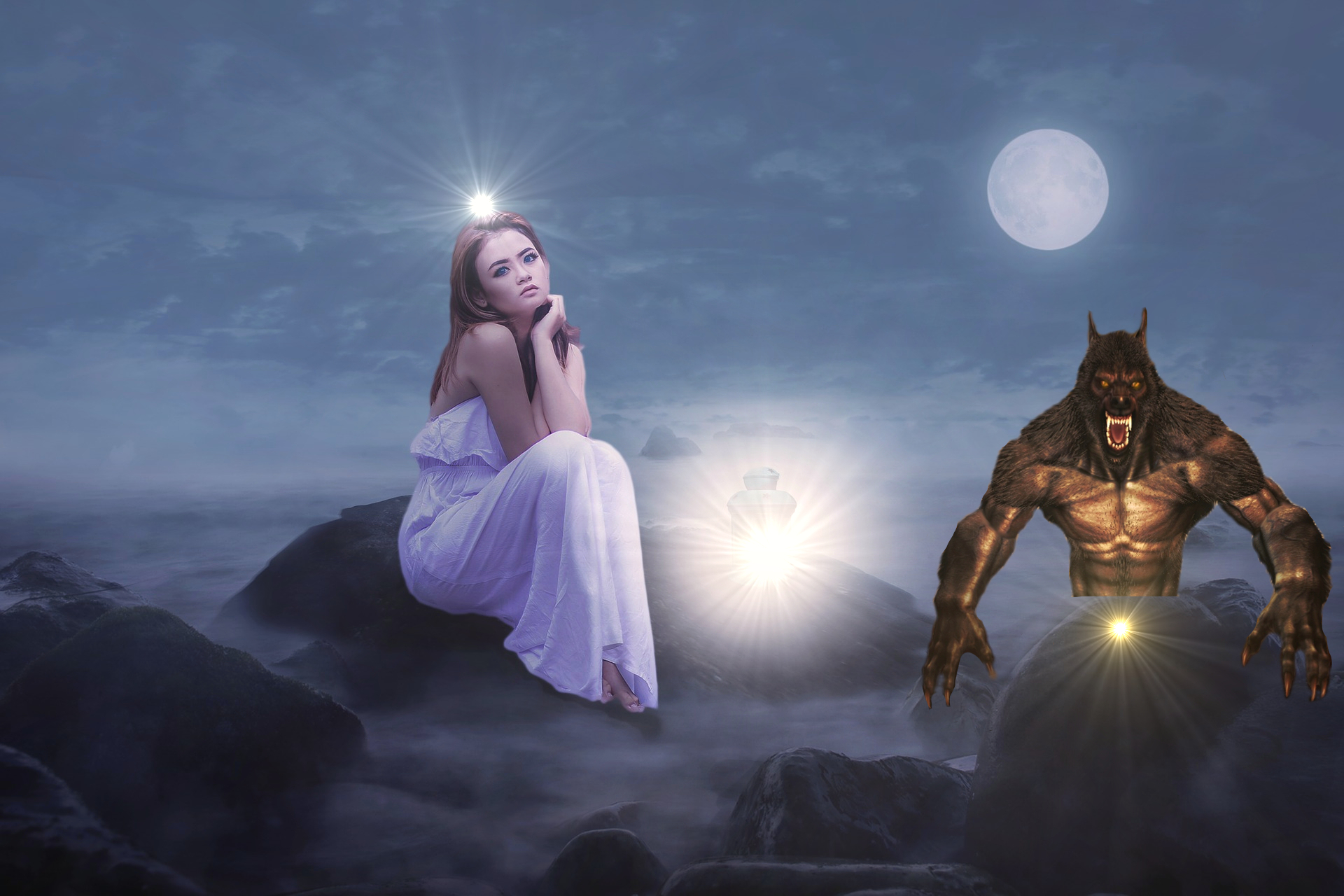 The Full Moon of August is often referred to as the Sturgeon or Corn Moon. However, in the supernatural world, it would only be called that if fish or harvest nature deities had control of its lunar energies. This Moon is also a Seasonal Blue Moon with it being the third Moon in a season of four. However, this has no supernatural sway unlike a month with two Full Moons. The Moon of August is often up for paranormal grabs and this month it simply rests with the cooperative faction of Lunar Goddesses. There are a handful of male Lunar Gods as well. This armada of deities from all manner of pantheons from around the world share the enchanted energies of the Moon. They even take turns being the Chief Goddess each month.

Monthly Metaphysical Control Of The Moon

Whenever a powerful group of higher dimensional deities gains enough power the Moon Goddesses yield to them in the name of harmony. Although this isn’t the case under certain dark circumstances. This includes demons under the Devil’s leadership manifesting the Blood Moon of the Halloween Season. Despite lunar deities trying to maintain a neutral status, they don’t want the Moon to blatantly radiate evil energies. On the other hand, they don’t battle Saint Nicholas and his clockwork control of the December Yule Moon. The Yule Moon is considered the only true Holy Moon.

Werewolves Will Be Afoot For Several Nights

The aforementioned neutrality grants no special abilities to Werewolves who transform within its paranormal power. The metaphysical energy of the Moon activates demonic DNA within those stricken with the Lycanthrope Virus. However, the lunar light itself is only considered somewhat unholy since it is reflected and filtered light of the Holy Sun. Only its direct light is truly holy in nature. Werewolves will be out in full force as usual and all repellents will work without fail unless magic interferes with it. Please only use silver bullets and sharp implements as a last resort since it causes death and these monsters are still human by day! Beware of your surroundings from dusk to dawn until the Moon is 80% of Full.

Interestingly enough, we’re seeing a new repellent method taking shape. It’s plausibly a Universal level programming that is a part of The Supernatural Secrecy Pact. The Pact looks to keep the paranormal world a secret along with minimal interference in human affairs. Recently people with smartphones out have had werewolves shy away from them. Especially when they’re about to attack and the person holds up the phone as if filming the creature. Some new instinct at a sub-conscious level implores them to run away upon spotting the phone. There’s evidence this began with the rise of 4G smartphones in the early 2010’s. It certainly seems that 5G phones are causing Werewolves to become even more panicked. It’s plausible the werewolves are sensing the ever-greater electromagnetic waves from the phone itself. Whatever is going on we know that werewolves are camera shy.

The Difficult Nature Of Getting Pictorial Paranormal Evidence

If all else fails you can simply try holding your phone up to snap a photo or video of the hairy horror. Often attempts to document werewolves result in blurry images due to their fast movement. In addition, the closer they get the more distorted the images become when using digital technology. This is due to werewolves and a great many supernatural beings giving off an electromagnetic field. Perhaps another element of The Supernatural Secrecy Pact. Even when someone manages to get great photo or video with old fashioned paper film the US Paranormal Defense Agency swoops in to confiscate or destroy it! However, with so many people having smartphone cameras there would be too many questions if hundreds or more people got images of werewolves. Even if they are blurry their combined eye witness accounts would grant them validity.🐺