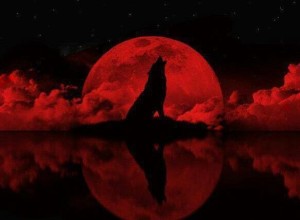 The Full Moon of October always manages to be ruled over by the forces of demonic darkness. That is why those of us in the supernatural community call it the Blood Moon. However the mainstream media often refers to it as the Hunter’s Moon. The blasphemous Blood Moon dramatically increases paranormal activity among the denizens of darkness!  Even worse is the metaphysical magnification of a Sanguine Supermoon!  The only positive note is the fact that the Blood Moon isn’t falling on Halloween nor within the dangerous 13 Nights Of Halloween.  However the exact moment of fullness does fall within the Witching Hour of October 16th! If we had a coincidental conjunction with the 13 All Hallowed Nights then we might have expected such an exponential explosion of enchanted beings flying forth that nobody would be able to hide it from the world in defiance with The Supernatural Secrecy Pact!

Expect this Bloody Moon to be worse if it appears crimson in your area. This is often a localized reflection of demonic

activity, or those practicing the dark damned magics! You may also see extremely hulked up Werewolves blatantly going after anything that moves with its razor sharp teeth! Most Vampires will suffer the dreaded Blood Moon Fever! The first generation royal vampires, and ancient ones well into their 1000’s have resistance to it’s enchanting effects.  The paranormal fever causes normally cool, calm, and calculating vampires to leave reason behind, and rely mostly on their animal instincts.  This often means death for humans during their insatiable lust for blood. However if you’re lucky you’ll only fall prey to their insatiable lust for supernatural sex!  Always carry holy water, and religious artifacts with you to repel both vampires, and werewolves.  Along with vervain for vampires, and wolfsbane for werewolves.

Beware of the aforementioned dark practitioners of magic whether they be Sorcerers, Wizards, Warlocks, Or Witches! Other than Halloween this is their prime time for despicable ritualistic sacrifices, and malevolent magics!  Remote wooded areas are often their

havens of horror! Many times their spells raise the dead to the living dead! Even the Blood Moon itself may raise fresh corpses with it’s unholy metaphysical energies.  So expect Zombies to rule the night…that is unless a werewolf, or vampire gets ahold of them! Steer clear of cemeteries, mortuaries, and morgues!

and dark spirit activity!  Haunted houses can be a real danger during this time. Take care to avoid any building or area rumoured to be haunted.  If you feel you’re in danger, and religious artifacts aren’t working then call upon an Autumn Nymph, or Fairy for aid. They’re the nature deities with the most power during this time. Without magical abilities it’s unlikely an Autumn Goddess would heed your call for help.  You’re best chance of gaining aid from autumnal deities is by always carrying freshly fallen autumn leaves with you. When calling upon them grip the colorful leaves in your hands. It’s okay if they crumble.  Hopefully you won’t have to venture out during the nights when the Moon appears full!  Your home is generally the safest place to be when all Halloween havoc breaks loose!