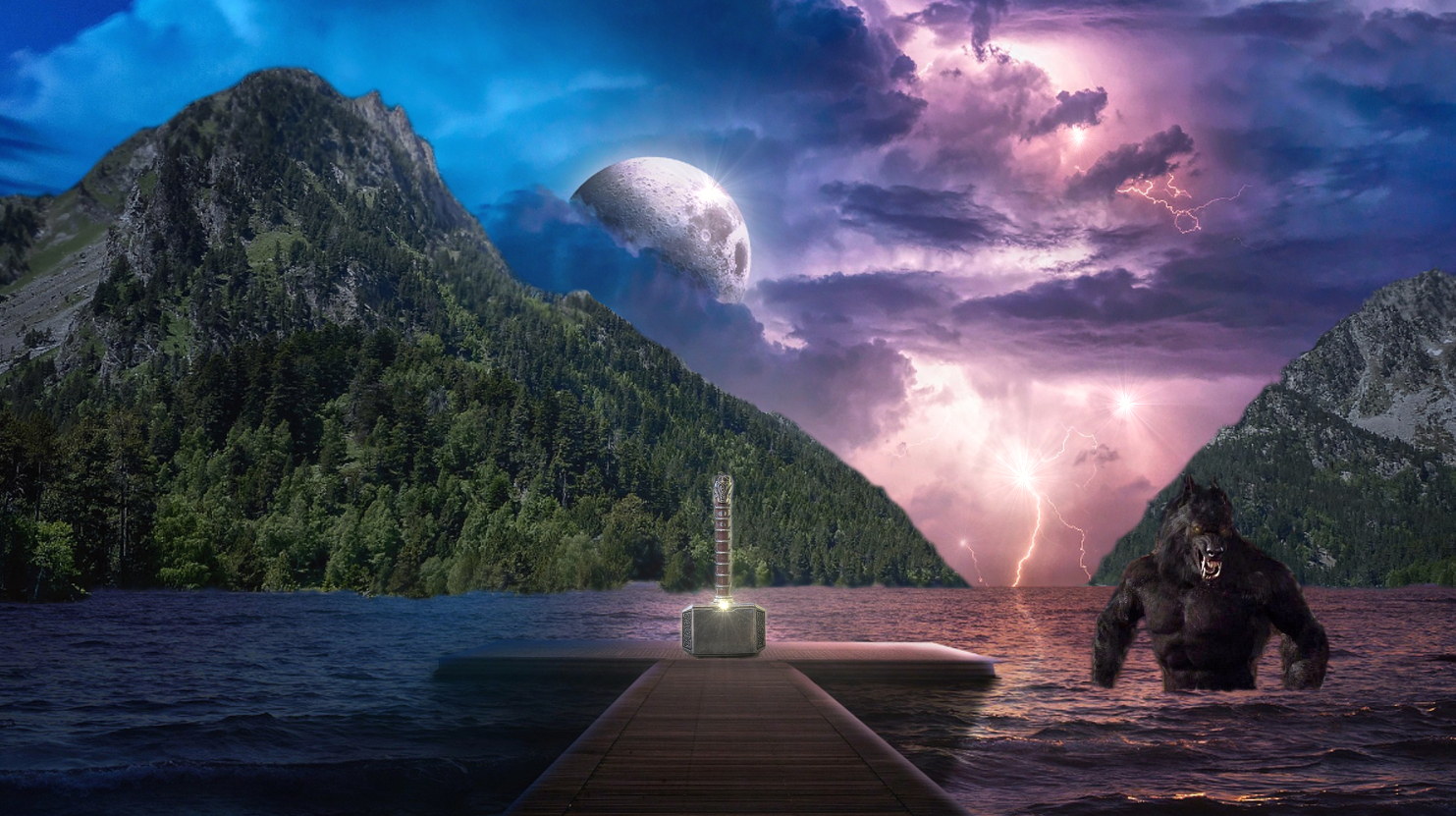 The month of July often brings us the Lightning Moon as it is controlled by various Gods of Thunder and Lightning. This includes Zeus who is King Of The Greek Gods and Emperor of the largest faction of nature deities. Under a joint higher dimensional agreement, he shares lunar control with the other Gods Of Thunder such as the legendary Thor! This month happens to be the 2000th anniversary of the amended supernatural lunar treaty that added Thor to the list of Gods and Goddesses. 22 AD was the year his father Odin, King Of The Norse Gods, officially named him Crown Prince Of Asgard. Thus, this Full Moon is specifically the Thunder Moon in honor of The God Of Thunder himself! It’s rather fitting that such a Norse Titan is gifted with a Supermoon on this momentous occasion. Coincidentally, the latest Marvel Thor movie was released in July as well.

This Super Thunder Moon will grant Werewolves a greatly increased physical form along with at least double the strength, speed, agility, and senses. They will have a greater urge to hunt down humans and animal prey with a monstrous vengeance. The aggression will be greatest amid thunderstorms that will charge them up electrically making their fur stand up. You may even see electrical sparks crackling about them. Indeed, they could electrocute and bake you as they eat you alive! Werewolf Hunters will find it quite difficult to capture and contain these electrically charged monsters! During the days in human form, some werewolves may also gain electrokinetic powers that will wane as the month of July comes to an end.

Normal Werewolf Repellents will work to a lesser extent so compensate by doubling your efforts. You may add a Thor’s Hammer Charm[Ad] as a repellent along with praying to the Norse God if you find yourself in grave danger. If an attacking werewolf is directly struck by lightning, then your prayers have been answered. The blasphemous beast should be knocked out cold or bolt away into the night squealing. Weaker werewolves may be roasted alive but then they would immediately revert to human form. Stay alert and ready for battle from dusk to dawn until the Moon is below 80% of Full!🐺

📝Interesting Note: Despite the Full Moon being July 13th the metaphysical energies will actually be greater on July 14th since Thursday is Thor’s Day!

🔨Prayer Of Protection To Thor

Oh, Mighty Thor,
Judge me worthy even as a stranger,
Save me from the werewolf danger,
Please strike it with all your thunder,
Tear the blasphemous beast asunder,
Oh Mighty Thor!⚡️