Posted on July 4, 2020 by Paranormal Forecaster 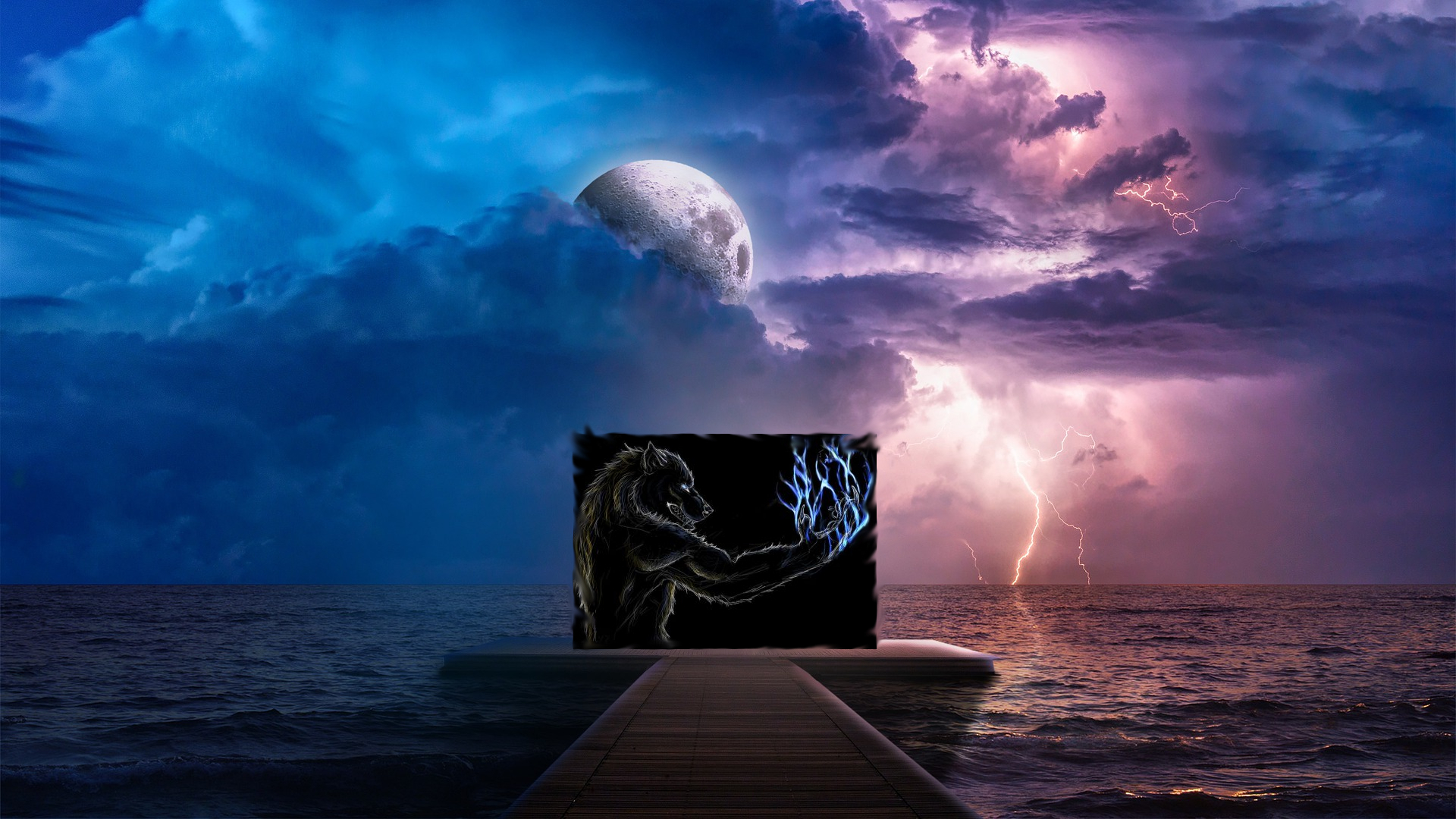 The Full Moon of August is most commonly known as The Lightning Moon in the supernatural world. Although, it is also known by the related name of The Thunder Moon. In the mainstream world it is most often called The Buck Moon due to prominent antler growth in male deer and other related species. We would only call it the Buck Moon if some manner of Deer Gods or Goddesses gained control of its power. It’s the Lightning Moon as it is controlled by various Gods of Thunder and Lightning including the King Of Gods himself Zeus. Under a joint higher dimensional agreement he shares control with the other Gods Of Thunder such as the legendary Thor! It’s no coincidence that July is often a turbulent weather season of Thunderstorms and Tornadoes.🌕

Under normal weather conditions we see no unusual effects on Werewolves. However the Thunderstorms of this particular Moon interact with the metaphysical lunar energies that govern Werewolves and their demonic DNA. It causes them to become electrically charged! You can see it in their fur standing up that may even displaying some jumping electricity bolts. The expanded fur makes the hairy horrors look even bigger than they are! Anyone within several feet could be struck by a random power surge! These electrical wolves are considered supernaturally armed and paranormally dangerous! Werewolf Hunters should wear non-electrical conducting material or hold some type of metal with an insulated handle to act as a lightning rod. Usually silver swords utilized in their battle against these Lycanthropes. Any captured werewolves must be held in special Faraday Cages. Interestingly enough, some of these Werewolves will have temporary Electrokinetic Powers during the day in their human form.🐺

This Moon will feature a Penumbral Eclipse which causes the Earths shadow to subtlety cloak lunar light. It dampens the lunar metaphysical energies thus calming werewolves down to an extent. There is also a decrease in paranormal power. They may lounge in the Moonlit shadows until someone catches their interest. Don’t let it be you! Thankfully, most won’t be in full human hunt and eat mode! Unfortunately, it doesn’t affect the electrically charged variety of Werewolves so don’t let your guard down. Always have Werewolf Repellents ready to go! Take care in lightning rich zones such as Florida and Lake Maracaibo in Venezuela.⚡️