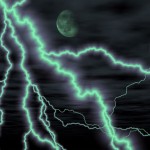 This post is a milestone since it’s the dreaded number of evil 666:   https://mysticinvestigations.com/supernatural/?p=666