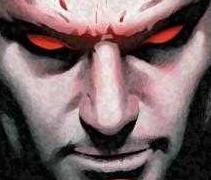 If the Devil now walking among us in a human like form wasn’t bad enough we now have another Friday The 13th among us.   A day of dark energies permeated with bad luck that the Devil uses for his own nefarious purposes.  Supernatural intel tells us that at least two Archdemons are ascending from Hell since various portholes open up on that day allowing for easier transport into our reality.   We can thank practitioners of black demonic magic fostering the fear of the number 13, and feeding off the negative energy.  The infestation of bad luck, and negative energy clouds Angelic detection of demonic presence.  These Archdemons will most likely be here to sacrifice themselves in order to give the weakened Devil more power.   Friday the 13 is a favorite day for demons to convince humans to sell their souls in order to make their dreams come true.  It’s a sure bet the Devil will be hitting the pavement to personally make tons of demonic deals.  He needs to show those in Hell fighting against the new King Diablo that he’s still the master of darkness.

Besides legit dark business the Devil will probably partake of some good old fashioned maniacal chaos by taking advantage of Werewolves who are vulnerable on Friday The 13th. The open portholes of Hell will cause demons to ascend, and look for human, and even supernatural victims.  Mindless beasts that can cause maximum destruction are in deep diabolical demand.  Naturally Werewolves are prime possession property.  Younger Werewolves will transform under an 80% level of lunar illumination.  These Werewolves will be at least three times more monstrous, and powerful than standard Werewolves! The Devil has been seen in future visions laughing in a savagely sinister manner as he directs a pack of Werewolves to attack various innocents.  He will also attempt to take advantage of them in human form in order to get their souls which provide power in his fight to retake Hell from the Sorcerer Dimitri Diablo. The Devil has also been seen meeting with Clurichauns, evil cousins of Leprechauns, in an attempt to stir up more black luck on the 13th.  Be on the look out for these Lilliputian terrors as well.

We suggest staying indoors on the night of Friday The 13th with Wolfsbane, and silver 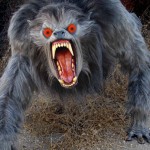 charms hanging about in an attempt to repel Werewolves.  Good luck charms will also help ward off the bad luck of Friday the 13th.  Keep a squirt gun loaded with holy water nearby as well.  Be wary during the day as well since the Werewolves in human form will be demonically possessed, and extremely dangerous!  As far as the Devil be wary of any overly charming man, or woman.  Yes he may have the power to shape shift, and look like anyone now.  Even someone you know!  So be on the look out for odd behavior in anyone on the 13th.  If you feel like you’re falling into a trance, and catch a glint of glowing red in the persons eyes just run away as fast as you can.  Wearing religious symbols such as crosses, and crucifixes may deter him slightly but they will do little against the Alpha Archdemon Devil.  Spending the day in a church reading a Bible might be the best bet.  Otherwise there really isn’t anything readily available to the common individual to ward off the Devil in the flesh.  If you’re cornered by him then say your particular Lords prayer, and hope for the best.  At the least you will help Angels locate the Devil as they want him taken into Heavenly custody, and placed back into the prison of Hell.  You could also attempt to pray to the Earthly Gods because they would love nothing better than to capture the Devil as well.  If only to demoralize the demonic armies of darkness that yearn to defeat both Angels, and Gods on the battlefields of Armageddon.