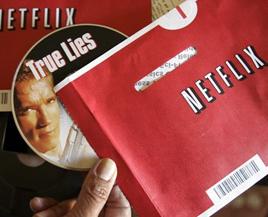 Many of us at Mystic Investigations rent DVD’s through the mail via Netflix.  Generally when we mail back a DVD we get a new one mailed to us in about a day.  However recently it’s inexplicably been five days or more before Netflix acquires our DVD’s.  At first we suspected some shenanigans in our mail room since we all have a tendency to send personal mail from the office.  Julia Hathaway, our psychic, and I personally questioned our mail room worker Penny Summers but we judged her not guilty of wrong doing.  Penny said she’d page us when the mail man arrived so we could ascertain if he was the culprit to our delayed DVD’s.

As the Mailman Al Parsons was leaving with a big box of our mail we asked him about why only our Netflix DVD’s were taking so long to mail back. That in stark contrast to the rest of our letters which are delivered promptly.  At that moment I knew he was the BS artist behind this when I caught that certain look of guilty shock on his face for just a second. Julia nudged my arm, and nodded that she knew he was the culprit.  He claimed he had not a clue what was going on.  I then said to him, “Come on Al are you sure you’re not double dipping into our Netflix DVD’s so you don’t have to pay the tiny monthly fee?”  His face turned a bit red, and then he played the righteous indignation card.  Al then subtlety threatened that maybe the DVD’s, and all our mail might take all eternity to get anywhere.  I blatantly said I’d be talking to the Postmaster about that.  He snickered, and said, “Go right ahead, and watch your right to even use the mail disappear pal!”  I commented on what a tough guy he was as he stomped out like the big baby that he was. LOL!

Unfortunately the Woodland Springs Postmaster was less than helpful, and said he had complete faith in Al’s honesty.  The next day Al delivered our mail with a number of letters ripped open, and packages dented.  Our Executive Vice-President, and vampire, Drake Alexander was downstairs at the time, and asked what had happened to the mail.  Al replied, “Oh gosh the Postal Service apologizes. Our sorting machines ate your mail. So sorry sir!”  He laughed a little bit as 6′ 2″ Drake got right in his face looking down on the 5’10” mail man. Al wasn’t laughing anymore as Drake supernaturally hypnotized him, and asked, “Did you damage the mail, and borrow our Netflix DVD’s to watch at your leisure you little chubby weasel?”  He replied in a monotone voice, “Yes of course I did, and I enjoyed it.” Drake then inquired, “Why are you this way?” Al responded, “I believe I was shafted from day one in this life. So I should get all the benefits I can no matter what!”  I had been listening to the conversation as I was walking down the steps. I then yelled, “I knew it!  You little puke!”  Al snapped out of the vampire trance, and stuttered, “What the…?  Why did I say that?  I was just kkkkidding!”  I replied, “Yeah right you damn weasel!”  He ran out of the building, and raced away in his postal truck.  I ran outside, and screamed, “Hey get back here you son of a bitch!” LOL!

A Corrupt Mailman Is Confronted In His Apartment! 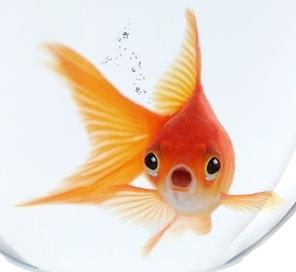 I called the Postmaster again but he said there was no evidence of wrong doing, and he had no proof of Al’s confession.  That was the last straw!  We found out where Al lived, and at about 8 PM the entire team kicked in his apartment door.  What we found was Al lying in a recliner wearing nothing but a filthy white t-shirt and stained underwear. Ewwwww! On the table next to him was a big pile of red Netflix envelopes as he watched a movie on his television!  He was so startled by our forced entry that he spilled his chocolate milk all over his already colorfully stained t-shirt.  Al angrily bellowed, “What the hell I’m calling the cops you crazy loons!”  Naturally we stopped him, and video taped the DVD’s along with a basket of other mail he was apparently snooping in. There were even a some birthday cards with cash he was apparently going to pocket for himself!  I then said, “You’re going to quit the post office tomorrow, and never speak of this again or we will take you down with extreme prejudice!” He then replied, “Screw you! I’m pressing charges, and you’re all going to jail!”  Rebecca our Demi-Mermaid Witch said, “The hell we are! If anything you’re going to jail!  A jail run by Amazons in Brazil!”  He said we were all beyond insane so Rebecca used her Hydrokinetic powers to create a water bubble with a goldfish from his aquarium inside it.  It then levitated in front of him while Rebecca said, “How’s that for insane?”  Al was beyond shocked, and speechless.

Drake then leaned into him growling as he exposed his vampire fangs, and glowing red eyes. Al screamed like a school girl in horror and it was clear he peed his undies just a bit.  I then asked, “So are you going to quit or what?”  Al nervously exclaimed, “Yes! Yes for the love of God I will quit!  What are you people?”  I then said, “You don’t need to know that, and none of this ever happened or we’ll be back!”  Al replied, “Yes! Yes of course, Sir!  This never happened! I’ll quit!  Heck I’ll leave town!  I’m sorry!  Are we good now?”  I responded, “Yeah we’re good but if you ever pull anything like this again we’ll find out, and be back!” We gathered up the Netflix DVD’s, including the Twilight DVD he was watching, and the other mail to drop off at the post office.  I threw a hundred dollar bill on the table next to his recliner, and said, “This should cover the damage to your door. And maybe a fresh t-shirt and underwear you nasty pig!”

We all began to leave as Al was staring at us in terrifying disbelief.  Rebecca, who utilizes Faunapathy to communicate with fish, was still holding the bubble of water with the orange goldfish inside within the palms of her hands.  She turns to Al, and says, “The goldfish says you feed him stale flakes, leave your lights on all night, and never clean the tank enough!  I’m taking him with me!  You have a problem with that Al?”  He nodded his head no, and we took leave of the former Postal Weasel! Indeed the next day he quit the Post Office, and we got a new professional postal worker named Susan Black. She’s such a joy that we give her a lovely gift basket at Christmas for the fine work she does.  Now things are back to normal with our mail.  This may seem over the top for such a small offense but this is the perk of living in the paranormal world.  You can procure sweet justice at every turn without virtually any repercussions. Well unless of course you’re taking on another powerful paranormal!  It’s quite refreshing unlike the average human who must endure a lifetime of unpunished injustices causing anger to build within over the decades.  Let this be a lesson to all you postal workers out there who pilfer or borrow Netflix DVD’s!  Get your own darn membership, and do your job right!  Also stop stealing cash in holiday gift cards! It’s getting old, and the supernatural world will tolerate it no longer!