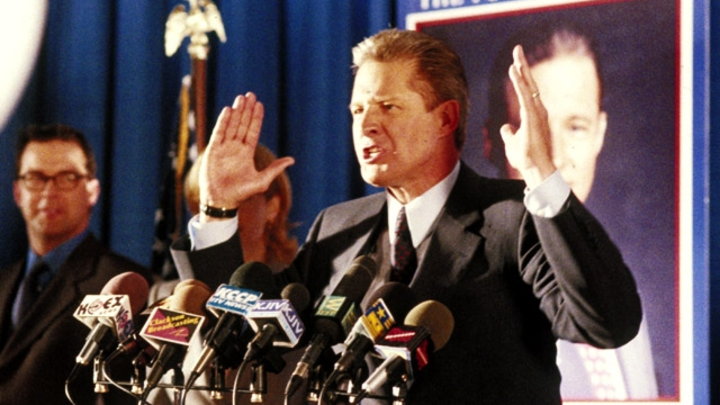 Season 6 Episode 13 of the 1995 Outer Limit’s series is about a time traveler who appears as a hologram to a US Senator(Bruce Boxleitner) running for President. No I don’t think they copied Quantum Leap.  Her message to him is that the plane he’s on will crash unless he jumps out, and allows her to use future technology to save him. Apparently another time traveler delayed his departure on the jet causing a lightening strike that didn’t occur in the original history. The Senator, a future President of peace, and enlightenment, is replaced by his opponent who brings about an age of totalitarian darkness. Will the future President have the courage, and faith in himself to leap from the place in mid air to save the fate of the United States, and humankind? Is everything as it seems? Are the time travelers intentions really for his benefit, or is there some other motive? Find out by watching this time travel episode of The New Outer Limits Episode Decompression.  If the video becomes unavailable for free viewing at some point in the future then you can watch it here for a small fee.